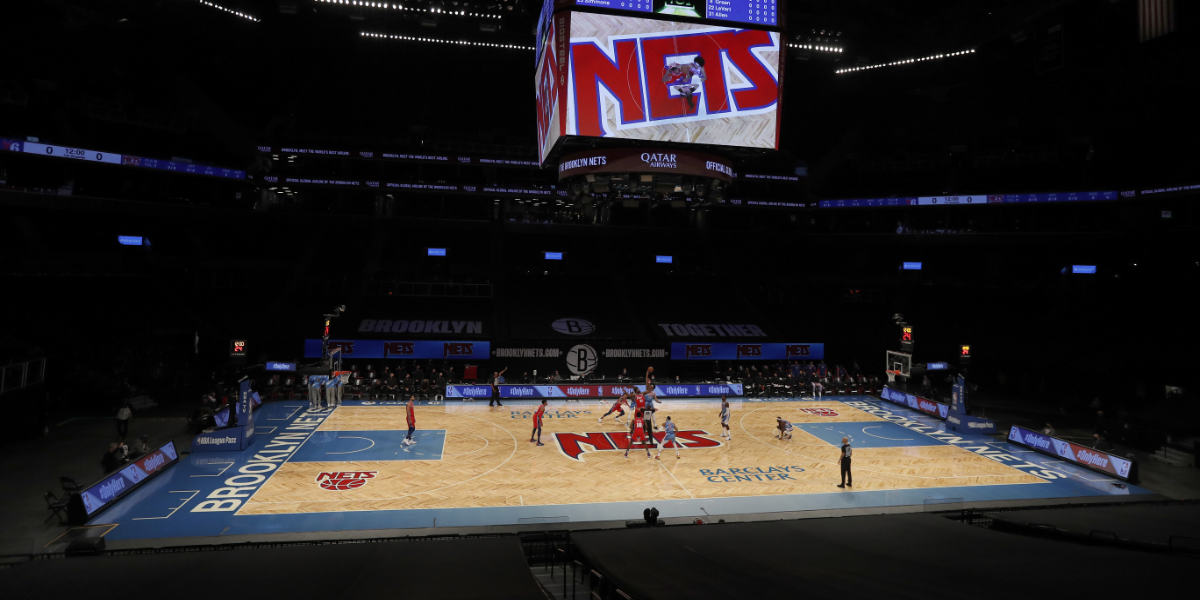 We’ve got a Saturday evening battle of the two top teams in the Eastern Conference as the Bulls (15-8) visit the Brooklyn Nets (16-6) tonight.

The Bulls topped the Nets 118-95 last month at the United Center, snapping a five-game winning streak for the Nets at the time. DeMar DeRozan scored 28 points, Zach LaVine added 24, and the Bulls used a 42-point fourth quarter to put the Nets away in their first meeting. They’ll need equal performances from their two primary scorers this evening with their depth being tested once again.

That was a big boy slam pic.twitter.com/n4RWRUsr7R

•   Javonte Green and Coby White are both in the NBA’s Health and Safety Protocols and will miss tonight’s contest with the Nets, setting up another test of the Bulls’ depth, a frequent theme in the first quarter of this season.

•   The Nets have won eight of their last ten games and will be looking for revenge against the Bulls tonight. Having Nikola Vucevic turning it on in his previous two games has been a significant boost to the offense, and the Bulls will need Vooch to provide them with that added scoring punch against a high-powered and small-ball Brooklyn Nets offense tonight.

•   Alex Caruso terrorized James Harden in the fourth quarter of last month’s meeting with the Nets, helping the Bulls outscore the Nets 42-17 in the fourth quarter after the Nets entered the fourth with a 78-76 lead. Unfortunately, the Bulls defensive hound is a game-time decision for tonight matchups, and if he does take the court, we’ll have to keep a close eye on how well he moves with his tweaked hamstring.