The Bulls’ offense sputtered in the first half against the Denver Nuggets, and we saw nothing but the same in tonight’s battle with the Cleveland Cavaliers. The team shot just 39.1 percent over the first two frames as they struggled to find their rhythm without a usual cast of characters. And, much unlike what we saw on Monday night, Zach LaVine and Nikola Vucevic were not able to turn up the volume and shake the Cavaliers’ confidence in the second half.

LaVine mustered just a 9-21 performance while Vucevic shot a dismal 8-23, and a big reason for that was the Cavaliers suffocating young frontcourt of Evan Mobley and Jarrett Allen. The Cavaliers rookie, Mobley, especially shined with a five-block performance and a game-high +28 from the field.

Look, I got to be honest, I don’t have much else to say. I told the significant other before tip that I expected a loss, and while I’m sorry for bringing on that bad juju, I don’t think this game is anything to be upset about. The Bulls simply looked like a team missing six rotation players. And, yes, I know they were able to overcome the absence of five earlier this week, but doing that over and over is going to be difficult, especially when the Cavs already present some interesting matchup problems. Also, let’s remember Lonzo Ball, Ayo Dosunmu, and Zach LaVine all played right around 40 minutes two nights ago and carrying a similar workload tonight was understandably difficult.

The hope now is that two full days of rest can get the Bulls back in a position to go hard against a frisky Miami Heat team. They still might be undermanned, but at least we now have some hope they can get back one of their most important players a bit early.

Here’s Alex Caruso getting some shots up before Bulls-Cavs. Billy Donovan said Caruso is “doing well” and team plans to ramp up his sprinting/cutting over next two days. Had been a Monday re-eval date, but Donovan added he’d know about Caruso’s avail vs. MIA “closer to game” pic.twitter.com/f9OJn5xgQY

Anyway, if you need me, I’ll be watching some Hawkeye and trying not to think about Lauri Markkanen and Denzel Valentine celebrating. 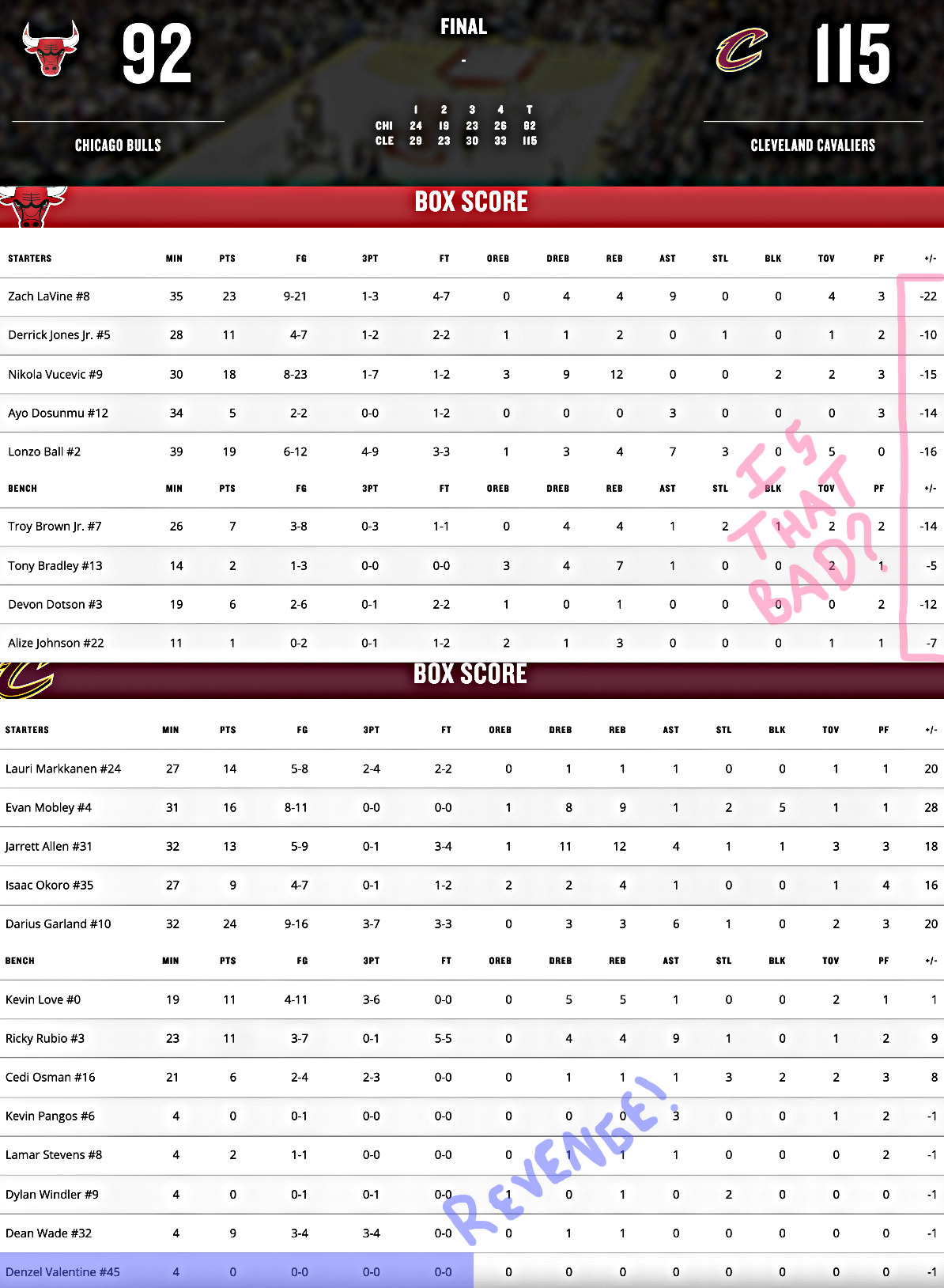