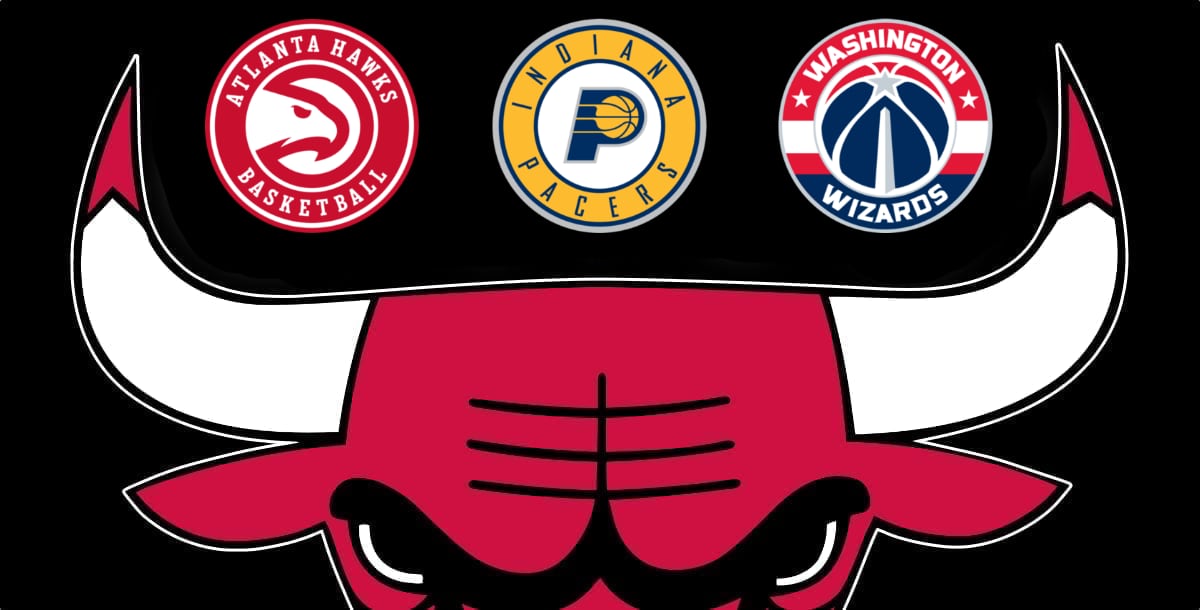 Full disclosure, with games being postponed left and right, it completely slipped my mind that we had a Weekly Preview to push out the door. So let’s pretend the Hawks win happened over the weekend and take a closer look at the games that rest ahead!

Bulls: The Bulls have cruised into a four-game winning streak, with their average margin of victory sitting at 10 points. And while the continued hot play of DeMar DeRozan and return of Zach LaVine have plenty to do with that, it’s Nikola Vucevic who has arguably made the biggest difference. The big man has looked most like his All-Star self over this recent stretch, averaging 19.0 points with 12.8 rebounds on a 50.0 percent performance from the field and 40.0 percent performance from downtown. Even more encouraging, he has played some of the most active defense we’ve seen from him in a Bulls uniform (2.3 blocks in past four games). Vucevic struggled mightily to start the season, but we might finally have enough of a sample size to say those issues are behind him.

Hawks: Trae Young absolutely torched the Bulls on Monday night. The All-Star guard scored a quick 12 points on Coby White in the 1st quarter, and he went on to finish the night with 29 points. He may not have been the most efficient (8-23), but he was also coming straight out of a stint in the NBA’s Health and Safety Protocols. Give the man a couple of days to condition, and he could come back with a vengeance on Wednesday night at the United Center, especially with Lonzo Ball and Alex Caruso still off the court. Also, the Bulls will have to limit their fouling in this second meeting. They sent the Hawks to the line 26 times compared to their 14, which is a big reason why Young and Co. stayed within arm’s reach.

Pacers: The Bulls may have walked off the court this weekend with a somewhat easy win over the Indiana Pacers, but they still had a tough time controlling the paint. Indiana outscored the Bulls 62-44 inside, and if the team hit a couple more of its deep balls (8-30), it would have been a much closer affair. Keeping a physical presence like Myles Turner in check and cutting off driving lanes for Caris LeVert needs to be a point of emphasis this time around.

Wizards: You never quite know what you’re going to get from a Wizards squad that has won just four of their last 13 games after starting the season 13-7. One night, they are dropping 124 points in a victory over the Knicks. The next night, they lose 117-96 to the Philadelphia 76ers. All we really do know about the Wizards is that they are a much different team than what we’ve seen the past few years. While Beal is still at the helm, the *healthy* supporting cast is a far more experienced group that can give any team trouble. Names like Kyle Kuzma and Kentavious Caldwell-Pope have helped turn the Wizards into a much more balanced group, and the Bulls will have to be prepared to have a solid game on both ends to walk away victorious.

Last Question: In the absence of Coby White, does Ayo Dosunmu continue to make a strong case for increased minutes off the bench?

Both players ultimately found themselves in health and safety protocols, but it has still become abundantly clear this coaching staff trusts Dosunmu as much as they trust White. The rookie has become a staple in the rotation, even receiving two starts before he entered protocols a week or so after White. In the team’s most recent performance against the Hawks, Dosunmu was also called upon to make up for White’s inexcusable defense on Trae Young. The energy Dosunmu brought on that side of the ball played a huge role in flipping the momentum into the Bulls’ favor.

I still believe White’s potential as a more reliable sparkplug scorer is too high to give up on, which is why I’m not ready to say Dosunmu should eat significantly into White’s minutes. But I do think these two can co-exist in the second unit, with Dosunmu being a key two-way role player for the remainder of the season.

This Week’s Question: Can we please get Derrick Jones Jr. and Alex Caruso back?