Not every game can end in a DeMar DeRozan buzzer-beater, and tonight was a painful reminder of that. The Bulls and 2nd-worst team in the East battled in a back-and-forth affair for about 47 minutes on Monday night.

Both teams failed to find an offensive rhythm in the first half, both shooting well under 40 percent as they walked into the locker room. It wasn’t until the 4th quarter that we saw things kicked into high gear, and while the Magic were able to bring things within just one point with a little under five minutes to go, the Bulls lethal duo eventually decided to do what it does best.

Zach LaVine and DeMar DeRozan combined for 12 of the Bulls’ final 14 points to keep the Magic an arm’s length away. Both players helped ice the game at the free-throw line and improve the Bulls to 25-10 on the season.

Simply put, it wasn’t the beautiful dominance we’ve recently grown used to, but it didn’t need to be. The victory still came on a night where the Milwaukee Bucks and Brooklyn Nets both lost, handing the Bulls a two-game lead at the top of the Eastern Conference. Not to mention, it extended the longest active win streak in the NBA, also marking the first time the Bulls have won eight games in a row since March of 2012.

For the first time since March 2012, the Chicago Bulls have won eight games in a row. pic.twitter.com/Q14YmgEoOS

The Bulls will now receive a needed three-day break before they return to action on Friday night against the Washington Wizards. The hope is that players like Alex Caruso and Tony Bradley can finally rejoin the rotation, especially now that we know Javonte Green is out for an extended period of time. 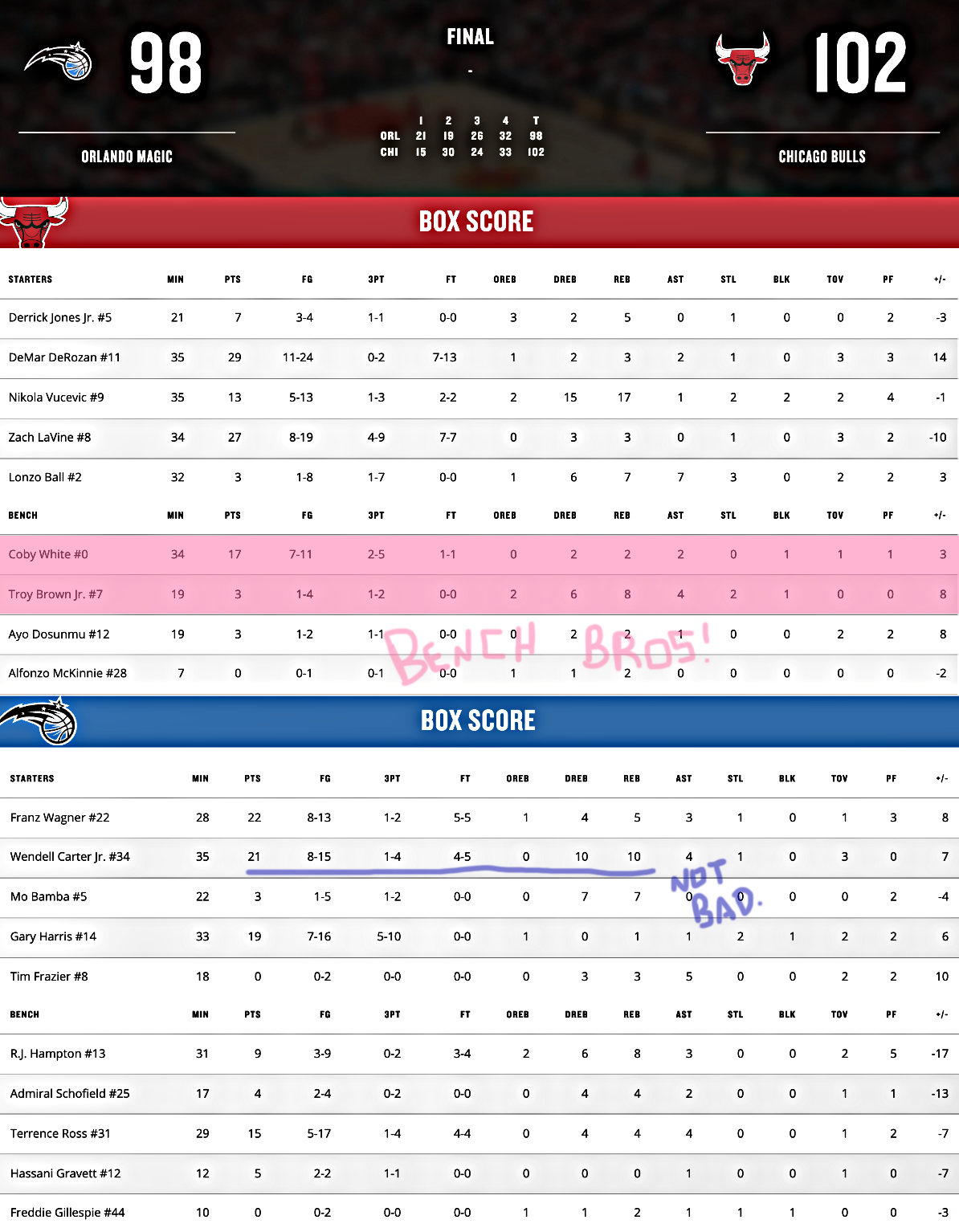