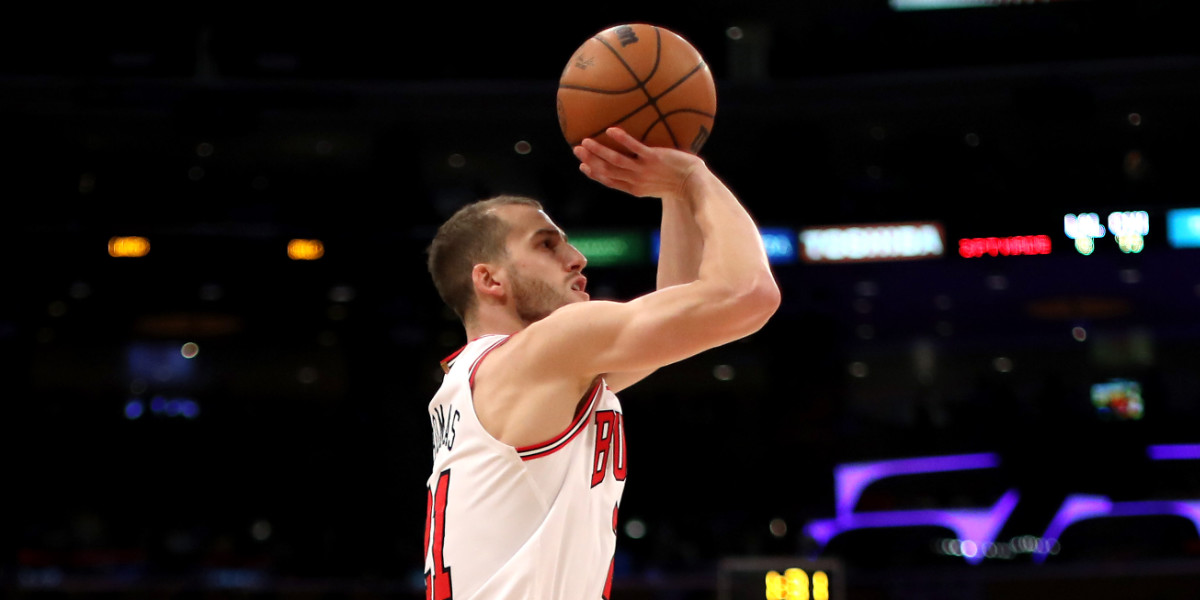 According to Chris Haynes of Yahoo Sports, the Chicago Bulls have decided to hold on to veteran guard Matt Thomas.

The team’s 15th man, who earned one of the final roster spots after a successful training camp, saw his non-guaranteed contract (worth roughly $1.7 million, per Spotrac) become fully guaranteed this afternoon.

Chicago Bulls will guarantee the contract of guard Matt Thomas for the remainder of the season, league sources tell @YahooSports.

Front office leaders Arturas Karnisovas and Marc Eversley had to make up their minds on Thomas by 4:00 p.m. CT, which marks the NBA’s guarantee deadline.

The decision does come as a slight surprise considering Thomas has appeared in just 13 games this season averaging no more than 10.4 minutes per game. With the trade deadline on the horizon, as well as the buyout market likely to heat up, the thought was that the Bulls might open up a roster spot to tinker with in advance. However, as they did initially, it looks like the organization has opted in favor of Thomas’ 3-point specialist skillset.