At the end of the day, the Chicago Bulls lost a regular-season game in January. Was it a blowout loss on national television against a Finals contender? Yup, and I can not sit here and say that is not frustrating. But what I can do is hit my pillow and still sleep soundly.

The Bulls were missing three of their better defenders in Alex Caruso, Javonte Green, and Derrick Jones Jr. (who left the game within seconds due to a scary knee injury). The Bulls will also still walk away from this game with the 2-1 season-series win over the Nets and the top spot in the East.

I’m not trying to say those facts completely erase what happened tonight. They don’t. But there is no question they help lighten the blow of an embarrassing loss, one that can hopefully be used as motivation moving forward.

With a first-place title comes even more responsibility, and I think the Nets did the Bulls a favor tonight by reminding them of that. An absurd 42-8 run in the second half showed Chicago just how much more room they have to grow. And thanks to the veteran presence of guys like Nikola Vucevic, DeMar DeRozan, and even head coach Billy Donovan, I expect that growth to happen.

It was an ugly game, an embarrassing loss, and a humbling moment. Learn from it. Use it as motivation. Get better. 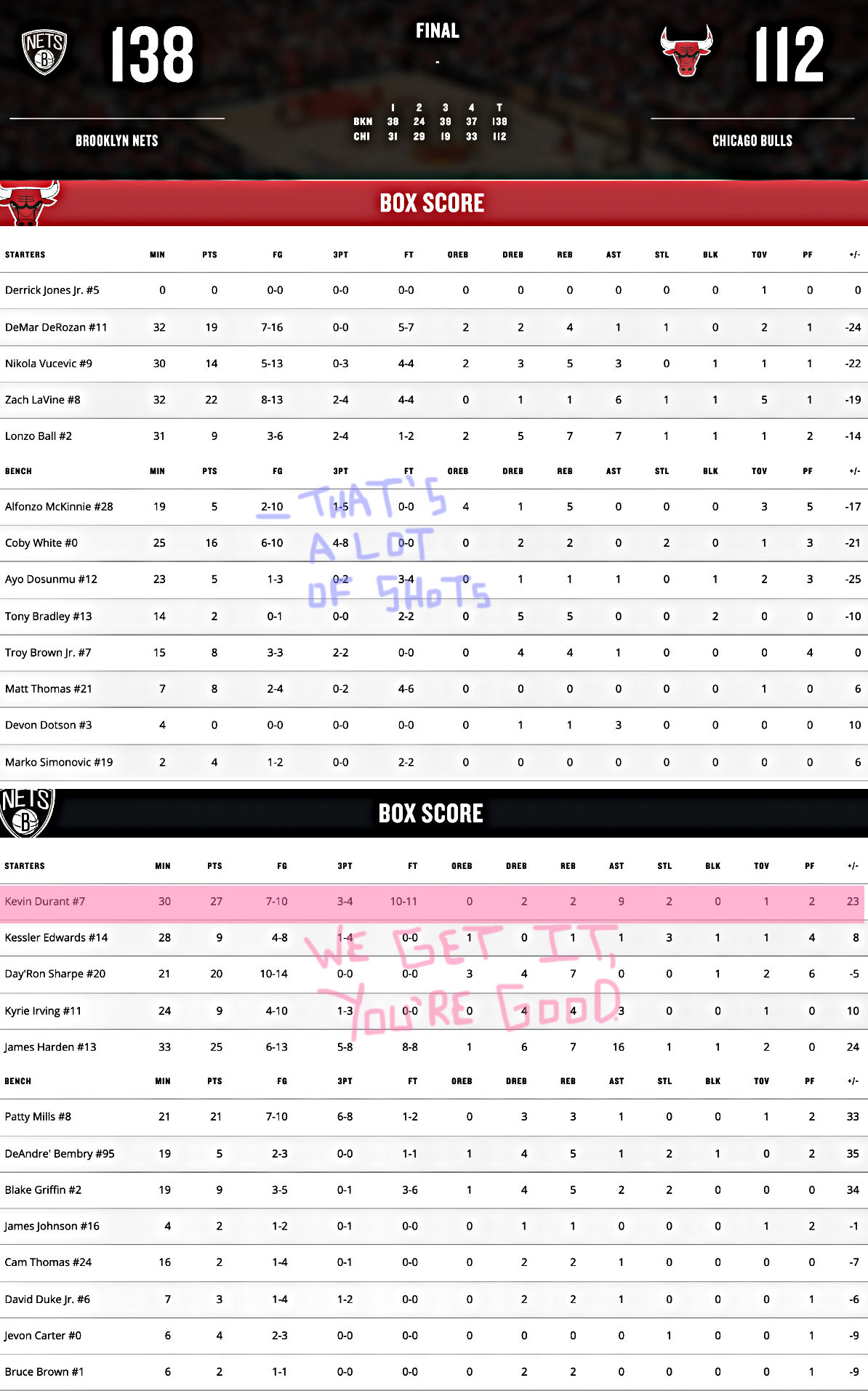