David Collins Jr. Was Just Ejected for One of the Hardest, Dirtiest Fouls You'll Ever See Skip to content 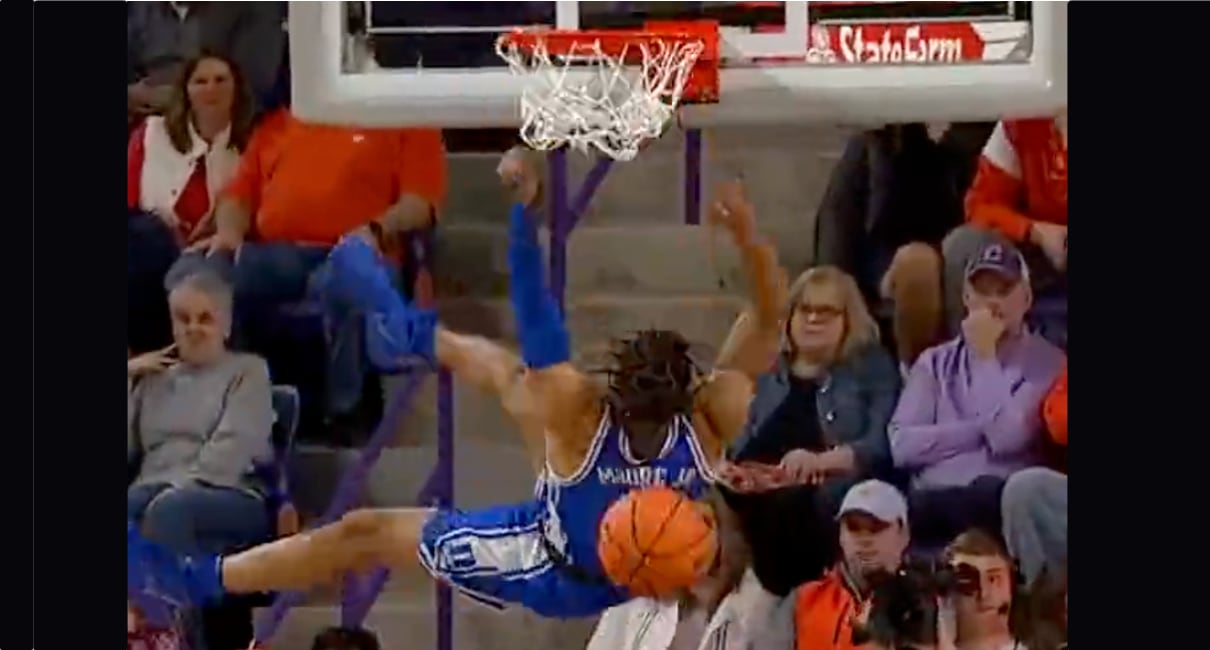 Obviously, we’re no strangers to the dangers of hard fouls on fastbreaks around these parts, but the hit David Collins just put on Wendell Moore Jr. makes the Grayson Allen hit – the one that broke Alex Caruso’s wrist – look like a love tap (and make no mistake, that play was extremely reckless).

I mean, what was he even trying to do here!?

David Collins was called for a flagrant 2 for this foul on Wendell Moore Jr.

Moore Jr. was able to remain in the game. pic.twitter.com/m8KFBnWj6V

That was truly one of the dirtiest, most reckless plays I’ve ever seen, college basketball or otherwise. There was no point, there was no potentially positive outcome, there was nothing but an intent to harm. Collins received a Flagrant 2 and was ejected from the game, but he will also undoubtedly be suspended. And frankly, he’ll be lucky if that’s all that happens. Fortunately for everyone (including Collins), Wendell Moore Jr. appears to be alright.

And Collins is at least taking responisbility.

Clemson coach Brad Brownell and Clemson's David Collins (who has been ejected) came over to Duke bench to apologize to Coach K. Collins was pointing to his chest to say "That's on me".

The Bucks Just Issued a Bizarre Statement AGAINST the NBA’s Decision on Grayson Allenhttps://t.co/kR8oOD4TgQ pic.twitter.com/N3Cq3uAZnz