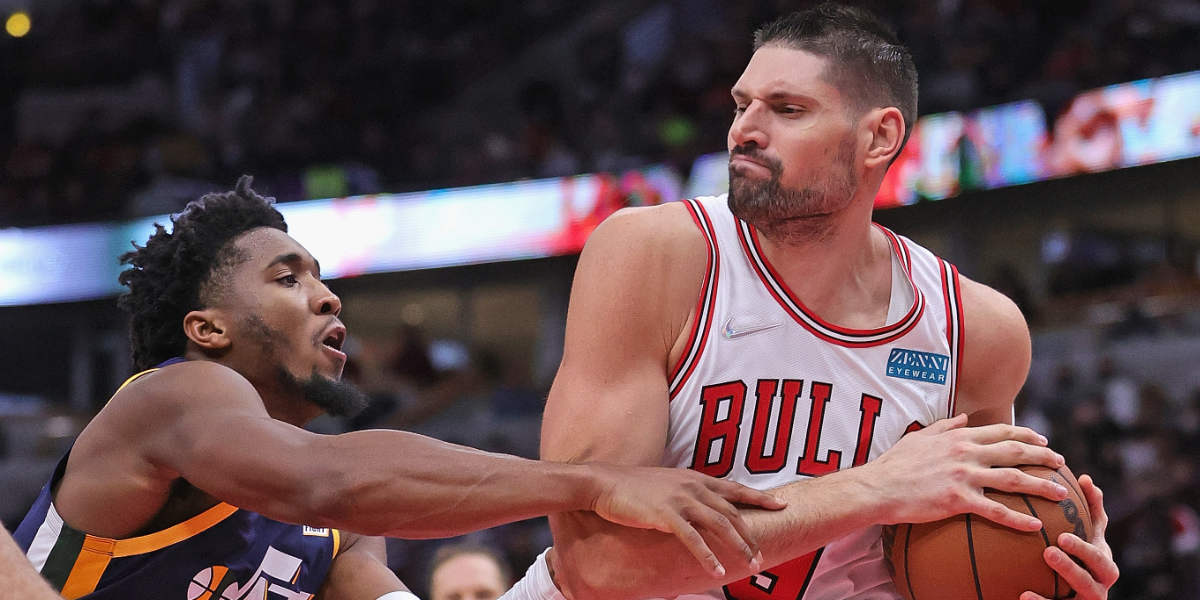 To make it out of a big week, the Chicago Bulls will need their big man.

Chicago is about the embark on their final trip out West this season, meeting the Sacramento Kings, Utah Jazz, and Phoenix Suns. It’s bound to be another trying test for a team that sits 1-14 against the fellow top-4 teams in each conference, but Nikola Vucevic can make it that much easier.

While the Kings may sit with a lackluster 24-45 record, they joined the Jazz and Suns in having an elite talent man the center position at this season’s trade deadline. Former Pacer Domantas Sabonis now wears black and purple thanks to a hefty package centered around rising star Tyrese Haliburton. The deal has failed thus far to vault the organization into the Play-In Tournament picture as they hoped it would, but it has given them an All-Star building block for years to come. It’s also given Vucevic three-straight monster matchups.

Sabonis, Deandre Ayton, and Rudy Gobert rest ahead. Two are proven All-Stars (Sabonis, Gobert) and the other might as well be on his way (Ayton). The Bulls have already faced off against all three this season, and each has shown glimpses of why they are viewed as some of the best in the game. However, fortunately, Vucevic has also claimed that label, and he’ll need to show why the week.

Vucevic has the most recent experience with Sabonis. Not only did the two meet twice this season while Sabonis was in Indiana, but they also battled on February 16th when the Bulls handed Sacramento a 125-118 loss. One of the two go-to guys on the Kings roster, it was going to be up to Vucevic to wash out whatever contributions Sabonis brought to the table, and he did just that.

Sabonis dropped 22 points on 12 rebounds and 8 assists. Vucevic matched that energy with 21 points, 10 rebounds, 3 assists, and 2 steals. The Bulls’ center established his presence early, scoring 13 of his points in the first half on a 6-11 performance. He helped provide head coach Billy Donovan with a nice cushion heading into the half, paving the way for DeRozan to do what he does best and keep the Kings at arm’s length in the final two frames. At the end of the day, he finished with a +7 while Sabonis walked off as a -5.

Vucevic wasn’t as lucky against the 3x DPOY. While the Bulls may have walked off the court with a win, Vucevic went just 4-19 from the field in the early-season matchup with Gobert, scoring 16 points with 12 rebounds. Gobert added 17 of his own points to go along with a dominant 19 boards, seven of which came on the offensive glass.

Assuming the Jazz do not shoot a similarly uncharacteristic 38.0 percent from the floor against the Bulls this time around, Vucevic is going to have to find a way to make Gobert’s life harder. Not only does that have to come via a more physical effort in the post, but it also has to come with plenty of floor spacing. The goal is always to clear the paint and get Gobert along the perimeter. Head coach Billy Donovan did enough of this last time around to get Vucevic six shot attempts from behind the arc. The big man drained two, but a look back at the film shows he should have made at least a couple of more.

There is no question Vucevic will be a big part of the game plan again on Wednesday night as the Bulls try to keep Gobert on his toes. Expecting him to match what Gobert has to offer on the defensive end is like expecting me to dunk like Zach LaVine (or, ya know, dunk at all), but we do have to expect him to do a better job knocking down his open looks and staying active on the offensive boards.

Vucevic’s week will cap off against one of the most talented two-way centers in the league: Deandre Ayton. He may have been able to outperform Ayton in the box score back on February 7th, but he had real trouble finding an offensive rhythm against the lengthy center. Not to mention, Ayton was able to finish multiple times over Vucevic on the offensive end, flashing his elite 65.3 effective field goal percentage.

Still, as a seven-footer with a bulky frame, Vucevic has the kind of bruising presence a handful of teams lack against Ayton. Unlike Gobert, Ayton is a very fluid athlete with solid lateral quickness, and he will exploit small-ball lineups with relative ease (and we saw this on full display recently against the Lakers with 23 points and 16 rebounds). Vucevic may have some help in the physicality department now that Tristan Thompson is in town, but it will be up to him to set the tone early on. Ayton only got 8 shot attempts up the last time these teams met, but there is no question he’ll be more involved in the offensive game plan this time with Chris Paul on the injury report.

Whether it’s Sabonis, Gobert, or Ayton, we’re talking about the second-best player on each team this week being Vucevic’s responsibility. No, winning the individual battle with any one of these players isn’t going to single-handedly win the game, but there is no question it will make accomplishing that a whole lot easier. So I hope Vucevic – who has averaged 20 points and 12 rebounds since the start of the new year – is up for the challenge.