Did I expect this kind of outcome? Basically.

Does that make it easier to stomach? Absolutely not.

The Chicago Bulls at least came out with the kind of intensity we wanted to see after an unacceptable loss to the Sacramento Kings on Monday night. They went toe-to-toe with the Jazz for much of the first two quarters, even with some of their energetic play resulting in a mix of silly fouls. Zach LaVine was the catalyst for the team’s fiery start, attacking the rim as he did in the second half of the Kings game to score a quick 10 points. He also played some of the most engaged defense we’ve seen in quite some time, putting some decent pressure on the ball and even snatching 3 steals.

LaVine’s execution continued in the second half as he played toward 33 points on 11-20 shooting. Unfortunately, however, the Bulls’ defense couldn’t make his efforts worthwhile. Utah shot 50.6 percent from the field and 48.7 percent from downtown on the night. Donovan Mitchell absolutely torched the Bulls in the 3rd with a 25-point frame, finishing the night with a career-high 9 three-pointers. And when he wasn’t sinking big-time 3’s, he and his teammates’ dribble-drive ability gave the Bulls some fits.

When the final buzzer sounded, the Bulls walked off the floor with their seventh loss in the last nine games. They now risk falling into the East’s No. 5 seed with a Celtics victory tonight, and the schedule only gets tougher with the NBA’s top team up next on Friday night. Can’t wait! 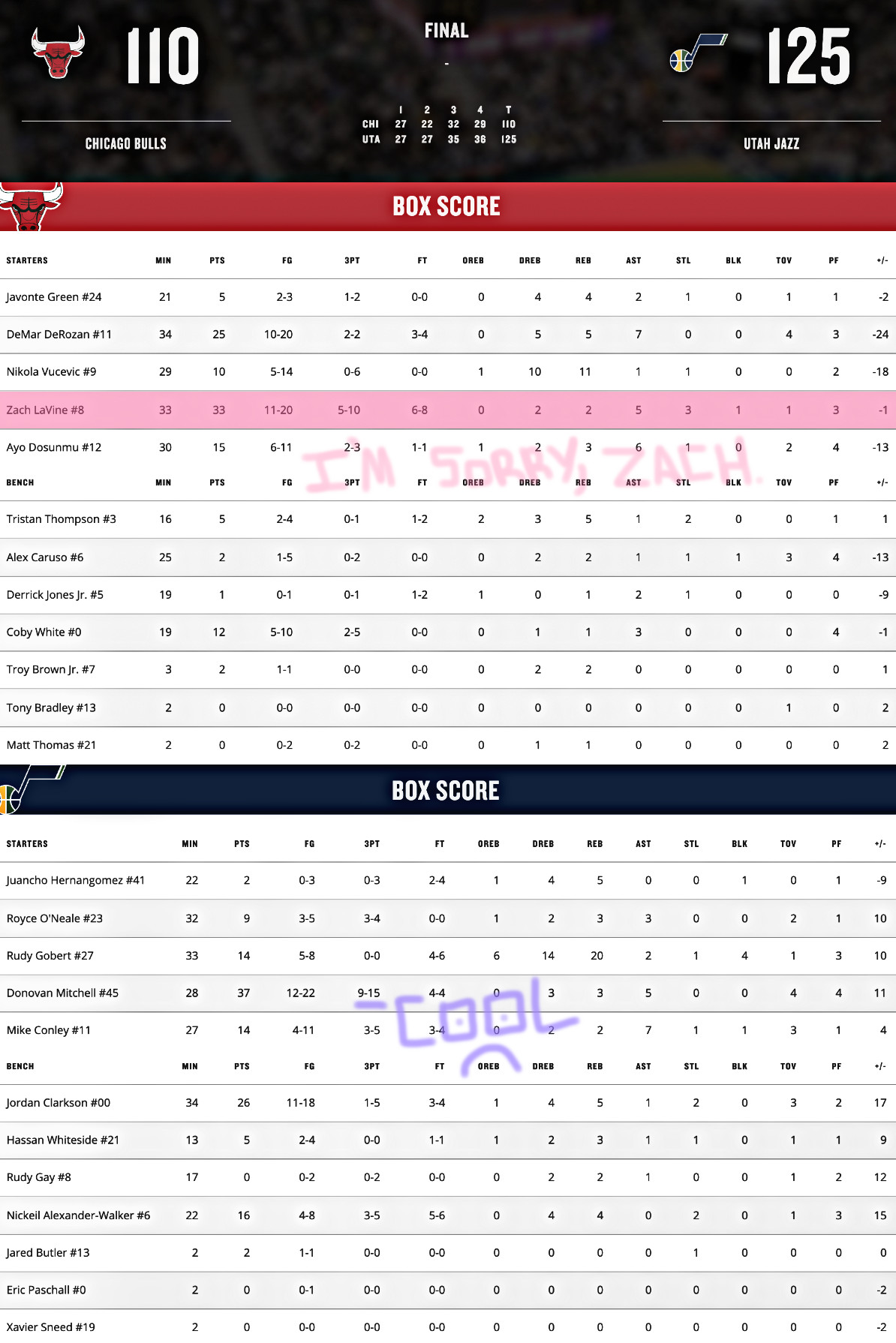