All-Defensive Team Voting, Dosunmu Gets Some Love, Ball's Knee, and Other Bulls Bullets Skip to content 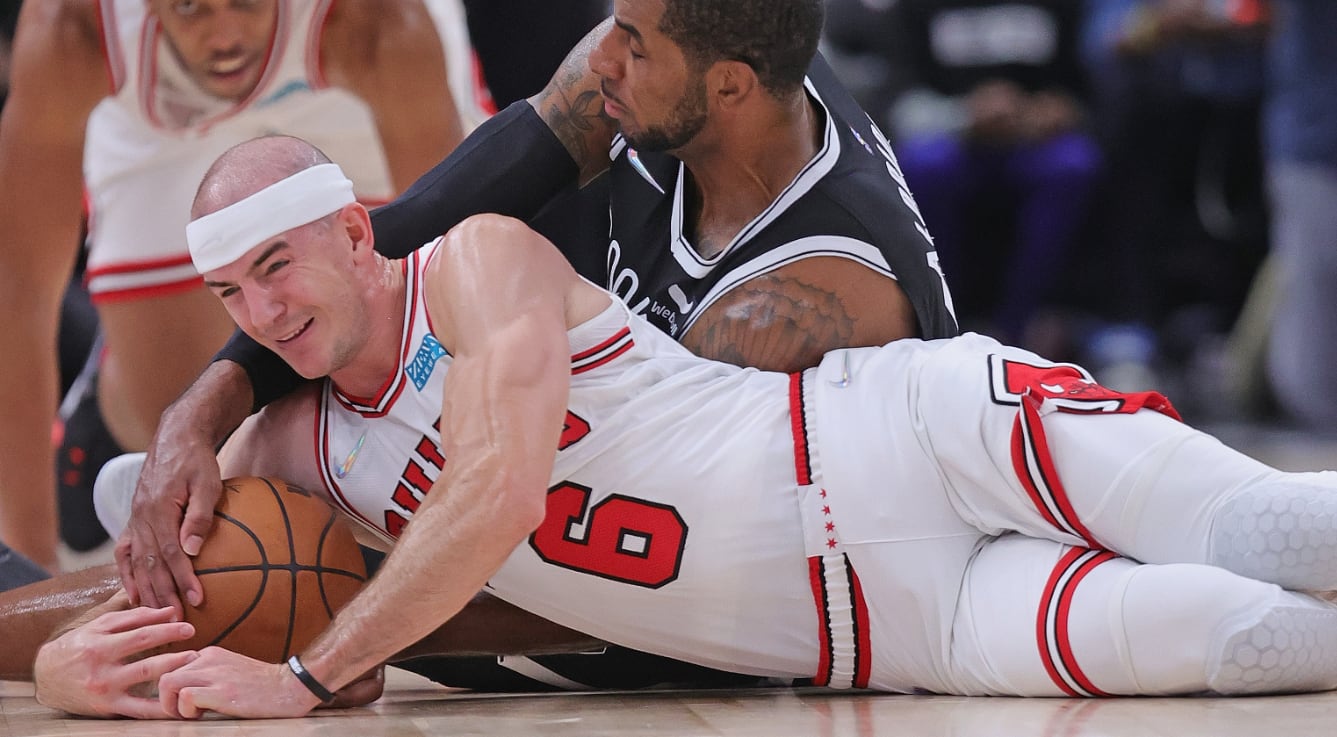 Don’t tell my significant other, but I’m milking today’s writing to delay the inevitable hours spent shopping for all the things I didn’t know we needed for our upcoming vacation. Keep quiet. I trust you!

•   The NBA officially announced their All-Defensive teams last night. To little surprise, no Chicago Bull made the final cut, but two players did at least show up on the ballot. Alex Caruso received one first-team vote and three second-team votes, while rookie Ayo Dosunmu earned himself a single second-team vote.

Kia NBA Defensive Player of the Year Marcus Smart of Boston and runner-up Mikal Bridges of Phoenix received the most voting points in balloting for the 2021-22 Kia NBA All-Defensive Team.

•   It’s hard not to think Caruso would have made the roster if he stayed on the floor for more than 41 games this year. Before his first significant injury that caused him to miss 13-straight games starting in mid-December, Caruso sat third in steals per game. He was also arguably the catalyst for the Bulls’ defense that primarily ranked top-10 up until the start of the new year. Overall, he finished the season with a +2.1 estimated defensive plus-minus, per Dunks & Threes, which ranked in the NBA’s 94th percentile. There is no question that Caruso’s skills are deserving of an All-Defensive team honor one of these years, so let’s hope the basketball gods can keep him healthy for the 2022-23 campaign.

•   Having Caruso as a mentor looks like it’s already paid off for Dosunmu. I know one vote doesn’t feel like much in the grand scheme of things, but I believe it represents the potential that the 22-year-old possesses as a long-term piece. Defending NBA talent is oftentimes one of the hardest adjustments to make at the next level, and Dosunmu looked like he had been doing it for years. I was remarkably impressed with his footwork and ability to stay in front of some of the game’s most elite scorers. He also displayed tremendous discipline when it came to using his length to contest shots. The fact he seems to already be an above-average on-ball defender forces us to set his ceiling even higher. These skills will be able to keep him on the floor as he further develops his offensive game, which was arguably the most intriguing thing about him coming out of the draft.

•   Lonzo Ball could be only a healthy season away from finding himself on an All-Defensive team. Someone with great positional size and an extremely high basketball IQ, he was also viewed as a great help defender. Ball could switch onto opposing wings with ease, and he also had a knack for jumping passing lanes. What he showed this season, however, was even greater on-ball instincts and shot-blocking capabilities. In fact, before Ball went down on January 14th with his knee injury, he sat second on the team in blocks (behind only big man Nikola Vucevic). Dunks & Threes gave him an absurd +2.5 estimated defensive plus-minus for his efforts this season, which ranked even ahead of Caruso in the NBA’s 97th percentile.

•   Speaking of Ball, NBC Sports Chicago’s K.C. Johnson spoke more about his knee situation on the latest episode of Unfiltered with David Kaplan. While Johnson confirms that there are general concerns about the point guard’s health, he does say that he hasn’t heard anything to suggest that the issue will bleed into next season. In other words, the expectation remains that Ball will come into next year fully healthy. Fingers crossed.

•   Johnson also added to his report from Friday about LaVine’s free agency. The Bulls Insider shared that LaVine was a popular topic of conversation at the Draft Combine, and he even named four teams that have already been considered “linked” to the 2x All-Star this offseason. Johnson states he still believes the most likely outcome is that LaVine stays in Chicago, but he reiterates that LaVine wants to be wined and dined by other interested parties and review all his options. The guy wants a max deal, and he’ll do everything he can to ensure the Bulls fork that over with no contingencies. I get it.

REPORT: Robert Quinn Wants Out of Chicago – https://t.co/Ww31xyLrre (via BN)