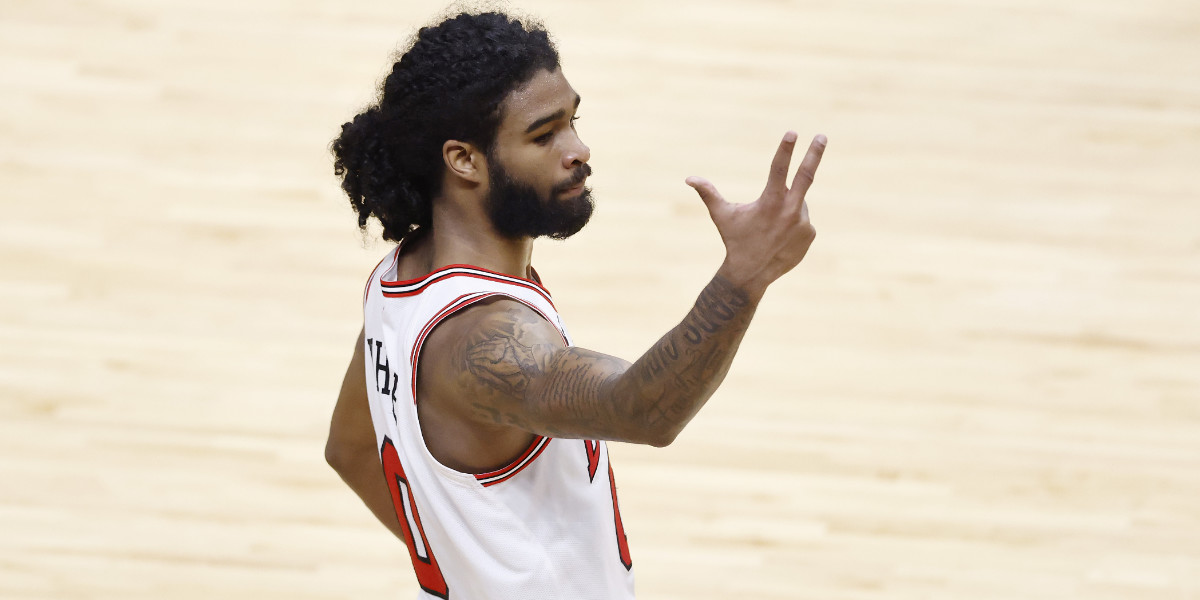 Besides all the Rudy Gobert hoopla, no rumor has come up more often than the Chicago Bulls’ potential interest in trading Coby White.

Numerous reports hinted the Bulls could look to package the 2019 lottery pick alongside this year’s No. 18-overall pick heading into draft night last week. Of course, Arturas Karnisovas and Co. went on to select Arizona wing Dalen Terry, quieting some of the White rumors … until now.

According to Dan Woike of the LA Times, executives around the league believe White could be a potential trade target for the Los Angeles Lakers:

The Lakers could also look to acquire players via trade, with rival executives believing Chicago’s Coby White could be a target. Moving Talen Horton-Tucker, a player whose ball-dominant skills are viewed by rival scouts as being redundant with the Lakers’ stars, could be a way to upgrade to suit the Lakers’ needs.

When intel is shared with the “rival executives” precursor, you always have to question exactly how much weight that report might hold. Still, it’s not particularly hard to see why the Lakers might have some interest in White. Not only is he still just 22 years old with plenty of room to grow into a consistently reliable scorer, but he is fresh off a season where he shot 38.5 percent from downtown.

The Lakers finished as the 9th-worst 3-point shooting team in the league last season, and there is no question that adding shooting around a trio of LeBron James, Anthony Davis, and Russell Westbrook should be an offseason priority for the franchise.

Speaking of 3-point shooting, though, the Bulls also have a severe lack of downtown threats and took the fewest attempts per game from long range last season. While they have been open to dealing White, it’s hard to imagine they do so without knowing they can get a reliable shooter in return. If Woike is suggesting that Talen Horton-Tucker would be the swap, the Bulls are looking at a player who has shot a lackluster 43.7 percent from the field and 27.6 percent from 3 over his career.

Now, for what it’s worth, that isn’t to say Horton-Tucker isn’t a somewhat intriguing talent. A player who is just 21 years old with great length and a good feel for the game, he still feels like a decent upside swing. But do the Bulls want an upside swing in win-now mode? Especially if that upside swing is owed more than Coby White this season and could also be up for a new deal next offseason? I’m not so sure.

As for other trade options on the Lakers, it’s extremely hard to see anyone that would spark the Bulls’ interest. Outside the big names, that roster is filled with minimum-level talent that might make a deal simply not worth pursuing for Chicago.