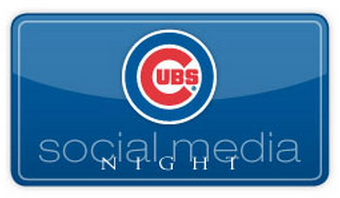 It’s Social Media Night at Wrigley Field, and, since I do a little bit of social media’ing, I’m headed there early-ish. I hope to see many of you there – I’ll be the kinda short guy in a blue BN shirt, jeans, and blue/yellow shoes (that are awesome).

As for the game, Dale Sveum decided to say the hell with it, and tossed out a crazy lineup.

… or did he? At this point in the year, given their struggles, why not just let Starlin Castro and Anthony Rizzo get as many plate appearances as possible? They can work on things before the season ends, and maybe head into the offseason with some confidence. To that end, they’re batting 1-2 tonight, and that’s just fine with me.

Jake Arrieta gets the start in his try-out for the rotation next year. So far, so good.

(This is last night’s lineup, which will undoubtedly change. I had to head out, so if someone could helpfully post the lineup in the comments when it comes out, I’d be much obliged.)