Oh, COME ON: Craig Kimbrel to the Injured List with Elbow Inflammation (Bote Up)
Search
Skip to content 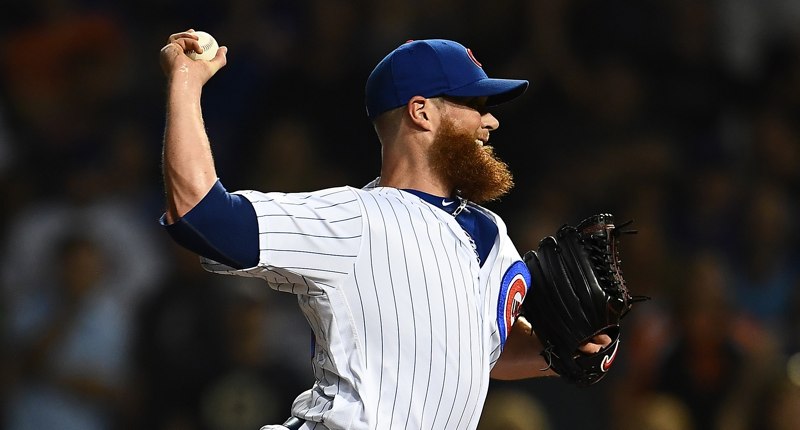 This is starting to feel like a cruel joke.

A few days after the Cubs acquired Nicholas Castellanos, Willson Contreras went on the IL for about a month. And when Contreras and Ben Zobrist came back earlier this week, Javy Baez and Kris Bryant were out with injuries of their own. No matter how hard the Cubs tried, it seemed, they couldn’t keep the band together.

But today was supposed the day. Everyone was finally back together – even Yu Darvish threw a healthy bullpen – and the Cubs were about to start their march (in full strength) to October.

According to multiple reports, the Cubs are placing Craig Kimbrel on the injured list with right elbow inflammation, which is just not something you want to hear about a guy who started his season extremely late, has already spent time on the IL once (albeit with an unrelated knee issue), has dealt with velocity issues at times (both this and last season), and is fairly crucial to his team’s success.

But here we are.

For whatever it’s worth, Theo Epstein reportedly said that the MRI was clean, which I guess is good news (particularly for the next two years the Cubs have Kimbrel under contract), but you won’t find me doing cartwheels with roughly three weeks left in a season the Cubs are fighting to extend.

Of particular note, I’ll point out that the use of the IL here is pretty telling about how long he’ll be out. In September (when rosters expand), using the IL isn’t really necessary, except in one case: re-calling a player from the minors before regular time would’ve allowed. The trade-off is that Kimbrel must be out the entire length of his IL sting.

In any case, that’s just what the Cubs are doing: bringing back David Bote to the big league team a little earlier than usual:

Cubs put Kimbrel on IL with right elbow inflammation. David Bote back up.

Kimbrel move retroactive to Monday, so he's eligible to come off the IL next Thursday in San Diego.

Kimbrel’s placement on the IL is retroactive to Monday, so he’ll be out until at least next Thursday. This stinks.