Lukewarm Stove: TEX Not Done at 3B, Arenado Trade More Likely Than Betts/Lindor/Bryant? Wood to LAD, More Skip to content

One of my best and oldest friends is the first member of our small group to have a baby* (due in March) …. So this weekend, we kidnapped him, drove him to Wisconsin, and shot each other with paintballs in-between frozen chugs of Miller Lite and games of Settlers of Catan.

Sure, it sounds awesome – and it was! – but we had to ask his wife for permission, so how cool are we, really? 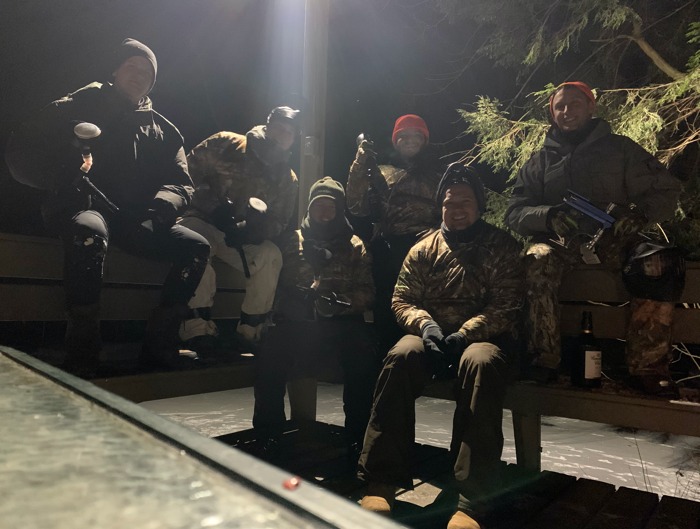 Here’s the latest from the Stove.

Sources: #Rangers will continue their efforts to acquire 3B Nolan Arenado via trade from #Rockies even after agreeing to a free-agent contract with Todd Frazier. Frazier could play 1B in the event Texas lands Arenado. @MLB @MLBNetwork

A Nolan Arenado trade is more likely now than a Mookie Betts or Francisco Lindor trade, multiple @MLB sources have told me in the last 48 hours. @MLBNetwork

Alex Wood’s deal with the #Dodgers is for one year, $4M, with incentives that can push his total to $10M, source says. Physical is complete. Deal is done.