FanGraphs Tries to Make Sense of the Cubs Options at 2B, Sees 3B Falling to the Outer Edge of the Top 10 Skip to content

FanGraphs continues to roll out their positional power rankings, and so far we’ve talked about Anthony Rizzo leading the team to the league lead at first base, while Willson Contreras and Victor Caratini shockingly ranked as only the 18th best catching tandem in the game (which, no). Today, we’re going to cover two positions, second base and third base, both of which have some surprises, but aren’t otherwise completely out of whack.

Before we get too far into this conversation, let me ask you this? Who’s “the” Cubs second baseman right now? Is it Nico Hoerner? If it were up to me, that might not be the case – at least, not without a careful eye on his offensive development (we’ll talk about that more soon). Is it Jason Kipnis? That’s possible, though he probably wouldn’t be my first pick. David Bote could log a lot of innings there, but he’s been used more in a utility/bench role. And Ian Happ seems destined to spread his time out between center field and left field, especially now that there’s a DH in the NL.

Well, according to FanGraphs it’s Hoerner, though others get plenty of time:

While I acknowledge that is a legitimate vacancy and any of those top three could win the job, I find the playing time split hard to believe, including the attendant reasoning: “Bote’s best fit for the club is as a versatile sub; I suspect that Hoerner will quickly push the stopgap Kipnis to the side. Happ could still theoretically end up as the second baseman at some point, but the team appears to view him mainly as an outfielder for now.”

Working backwards, I don’t think Happ will see much if any time at 2B, I don’t think Kipnis was brought into be the starting second baseman until someone new comes, I’m not sure how quickly Hoerner will be ready to handle the duties there on an everyday basis (again, more on that soon), and Bote’s best fit might well be at second base – at least, to start.

With all of that in mind, it may seem obvious to platoon Bote and Kipnis to start the season, while Hoerner works out in South Bend and Happ remains in the outfield – and I wouldn’t blame the Cubs for keeping it simple (Bote is pretty split neutral for his career, while Kipnis has historically been much better against righties) – I’m not sure that makes all that much sense, either.

While the longer the track record and bigger the sample size the better, the results from last season do present some difficult realities – especially for an aging bat like Kipnis, who is just definitely not the guy he once was:

In short, Kipnis was worse against righties than Bote was last season, and Bote also has the benefit of age and a history of being pretty split neutral overall. So if it were up to me, I’d probably rely on Bote to begin the season, with a few choice matchups for Kipnis in there against particularly tough righties.

Either way, at this point, an 18th ranked second base on the North Side of Chicago seems very fair: 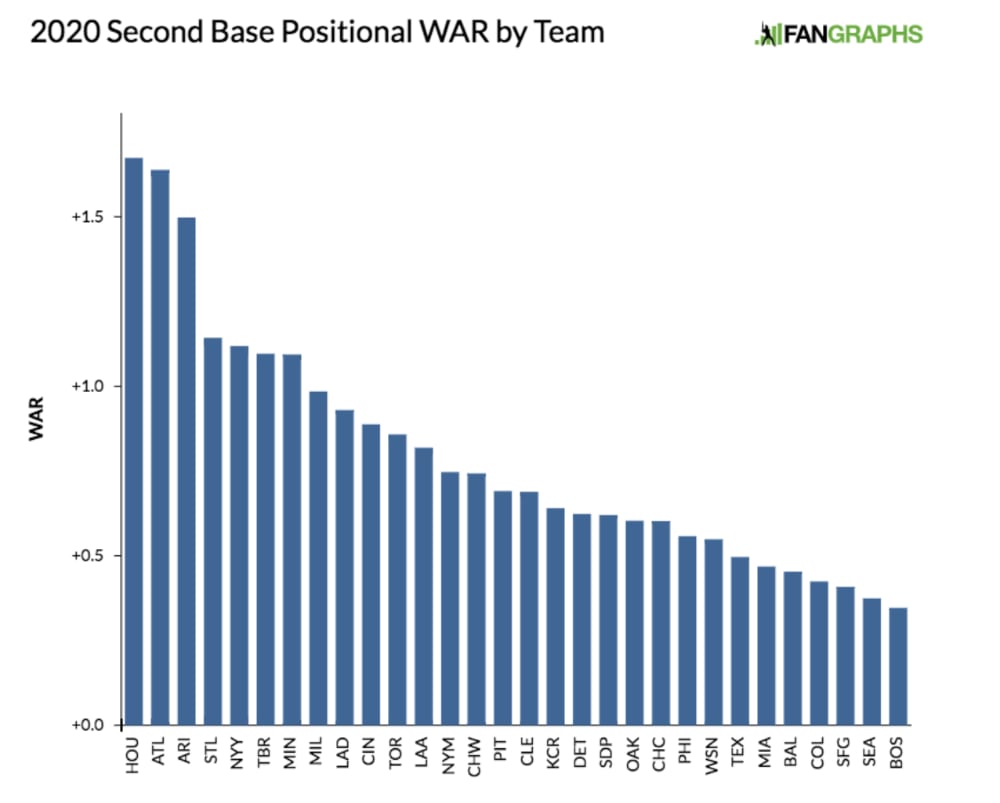 Kris Bryant may have fallen off his path of perennial-MVP candidacy due to some untimely injuries, but he’s still arguably the most talented and productive position player the Cubs have had in many, many years. There are all sorts of statistics and awards I could cite to strengthen that point, but my favorite is the simplest: Kris Bryant ranks third in overall WAR since his big league debut in 2015, behind only the G.O.A.T. (Mike Trout) and Mookie Betts.

But third base is a ridiculously stacked position these days and Bryant’s decline in production – injury-related or not – must come into account. That’s why I’m not particularly surprised to see the Cubs 3B position – led by KB – projected as just the 10th best in the MLB in 2020:

Could I see him move up to the 7th spot with relative ease? Absolutely. In fact, if he’s healthy and doesn’t hit a cold streak or an injury at exactly the wrong time, I actually expect it. And from there, he absolutely has the potential to rise further. But when Nolan Arenado is ranked 6th and it’s not complete disrespect, you just have to tip your cap and acknowledge the reality. The position is loaded with stars.

Onto the Cubs projections:

A .271 batting average would be the lowest of Kris Bryant’s career. A .373 OPB would be just barely above the lowest mark of his career (set as a rookie in 2015). And a .506 SLG would be significantly lower than all but his rookie season and his injured shoulder season. Needless to say, I think these offensive projections are pretty light, even by conservative measures, for a 28-year-old who bounced back last season and flashed some of that MVP offense early in the year.

As for his backups, with any luck we won’t see them but for some much-needed days off here and there. This is Kris Bryant’s position for at least 1 year and 60 games, and as long as he’s in Chicago, the sky’s the limit for 3B on the Cubs. 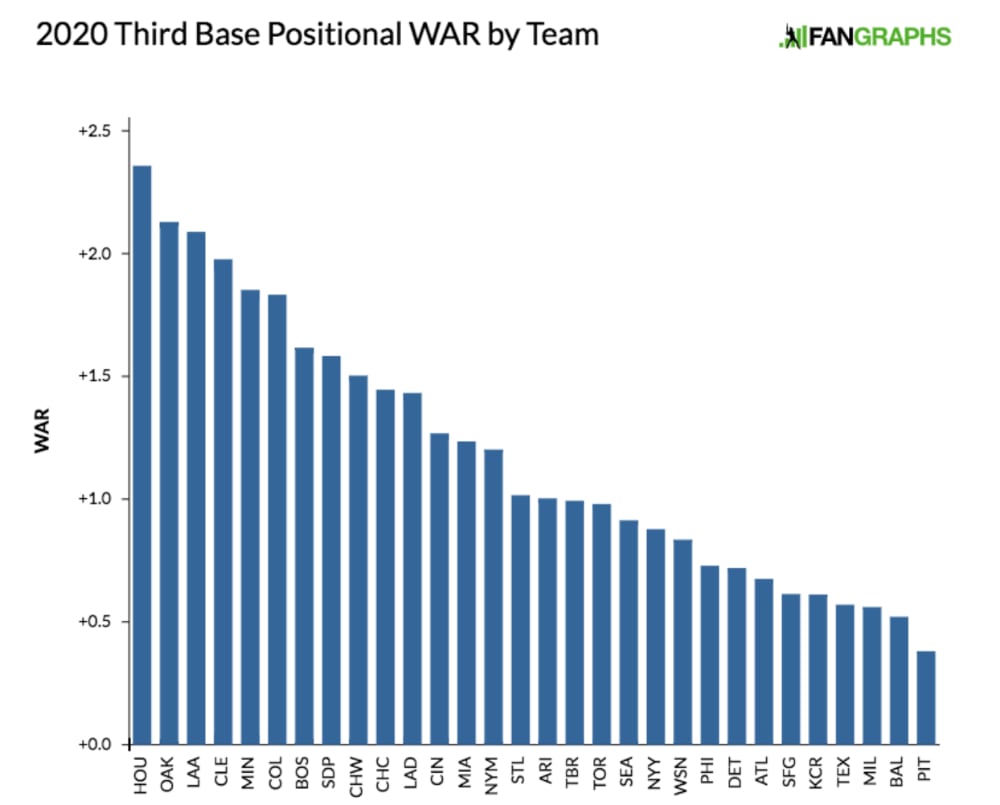