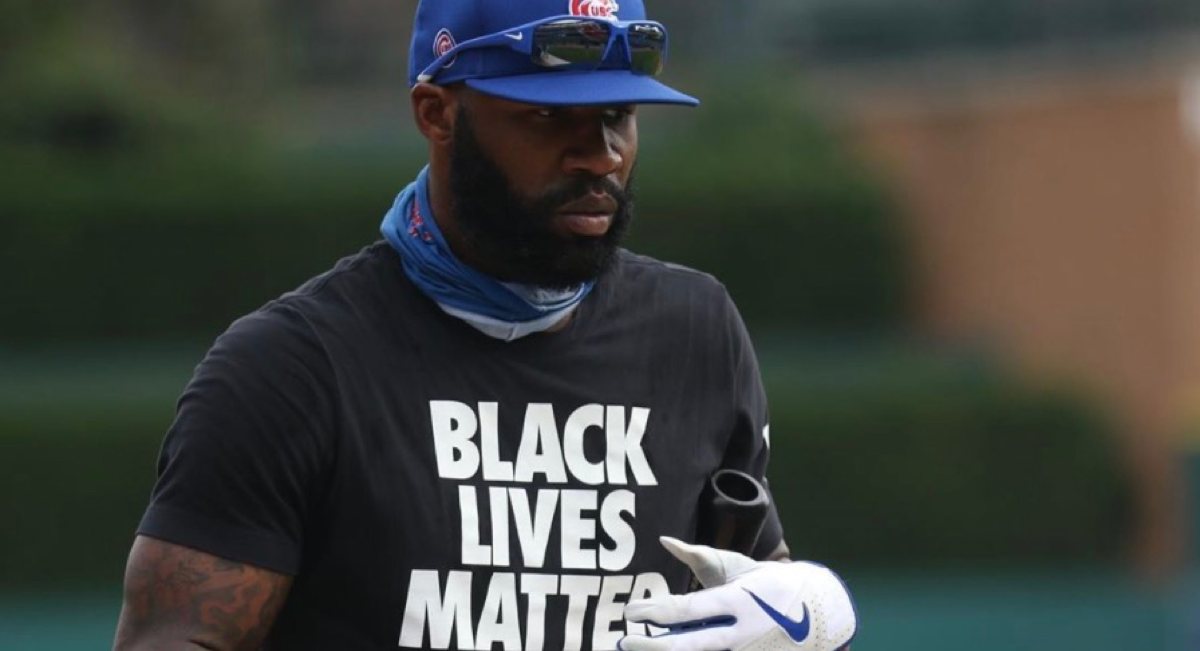 I didn’t sleep much last night, believing that sports media have a duty to properly convey what happened yesterday in the sports world, but knowing that I am just some dude who watches a lot of baseball. Had I the chops to write about far more important issues on the regular, I hope I would’ve been doing it all along; but since I don’t, you can and should get those perspectives from writers far more qualified than I am.

But the sports world has never been an island, separated from the social issues our society confronts, and when those far more important issues are injected into my sporting world, I have to write.

Moreover, my own discomfort in having to figure out how to talk about these things in a helpful way is at least part of the point of these protests. Change does not happen overnight, and keeping a spotlight on these issues is part of that long, hard process of effecting real change. That’s what these athletes are doing. I respect them for it. I thank them for it. That’s why I’m writing about it today.

Although I do not believe the entire weight of the message should fall only on Black athletes who make the bold decision to demonstrated, I do want to highlight their voices first. Otherwise, I’m going to keep listening, and trying to figure out how to be a small part of meaningful change.

From Jason Heyward, who sat out last night’s Cubs-Tigers game:

“We’ve just got to keep bringing awareness [to systemic racism]. There’s no plan for this. This is our life. This is our livelihood. This is what’s going on in our community. So I feel like I needed to be a part of it, or else I’m going back on my word …. I needed to be a part of what’s going on in my community. And I had full support from them – teammates, coaching staff, everyone. I encouraged them to go out there and play the game tonight. I didn’t want anyone to sit here and say, ‘No, we don’t need to play the game.’ I can only tell them what I was going to do and lead that way …. ”

“Sports sometimes is a distraction. And not in a bad way. It’s a good thing. But when you have causes that need to be spoken on and need to be acted on, I think it’s huge that sports do also pay attention and use the platform that we have in the right way.”

From Dexter Fowler, who sat out last night’s Cardinals-Royals game:

In a text message to the Post-Dispatch’s Derrick Goold, Fowler said: “Tonight I decided to take a stance alongside the Black community and athletes across the country in our continued fight against police brutality and systemic racism. While this is an extremely personal issue, I am hopeful that my small action can shed light on the larger issues that are ongoing throughout the country.

“I’m forever grateful and lucky to be a Major League Baseball player, but tonight, I needed to use my platform for something bigger than me and bigger than the game.”

From Dee Gordon, whose Mariners team all chose to sit out together:

Instead of watching us, we hope people will focus on the things more important than sports that are happening.

From Mookie Betts, whose teammates joined him in sitting out:

“It’s going to take all of us to make change. Black people have been fighting this fight for centuries. We haven’t gotten anywhere. So, I think just having the white players, people in general to help push it, I think change can be made. But it will take all of us, not just one group of people …. Hopefully this day will be remembered, because it was the first step for change. I know I’ll always remember this day.”

From Matt Kemp, who sat out last night’s Rockies-Diamondbacks game:

Tonight I stand with my fellow professional athletes in protest of the injustices my people continue to suffer. I could not play this game I love so much tonight knowing the hurt and anguish my people continue to feel. In a world where we are the ones who need to remain calm while a trained professional points a gun in our face; a world where the people in uniforms who took an oath to protect us are the same ones killing us; a world where we become hashtags before we even reach our potential; we must stand together, speak out, protest, and be the change we demand, require, and need so bad. To the families who have experienced these tragedies first hand my heart breaks for you, my prayers are with you and I use my platform to speak on your behalf. I will be protesting tonight’s game in honor of all of my fallen brothers and sisters at the hands of police brutality. #BLM #JacobBlake #BreonnaTaylor #GeorgeFloyd #Saytheirnames

From Dom Smith, who kneeled before last night’s game:

Here's more from Dominic Smith on some of the change he wants to see in the word.

He has spoken frequently about the importance of those who made it out of difficult circumstances returning to give their time and help others, as he does with his Baseball Generations foundation. pic.twitter.com/5vneDVgKjh