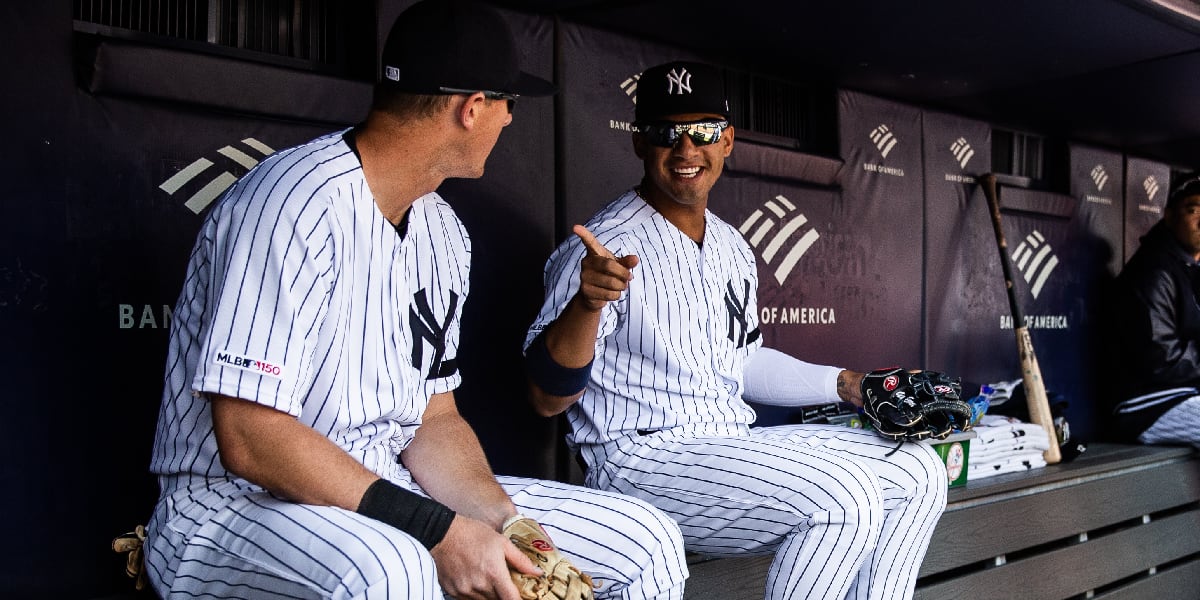 I’m conflicted. On the one hand I am absolutely stoked to be re-entering the Lukewarm Stove period of the calendar, especially after being robbed of most significant mid-season rumors and transactions due to the virus and shortened season. On the other hand, I’m well-aware of the Cubs’ payroll realities, even after two straight offseasons of financial austerity.

I’d love to talk about the bright side – Hey! We don’t have to worry about exceeding the competitive balance tax threshold for the third consecutive season! Woo! CBT champs! – but after missing out on all the fun two winters in a row, I hardly have it in me to make that joke. The fact of the matter is the Cubs may actually lose talent this offseason, while dropping to their lowest payroll since roughly 2015. An extension or two probably will happen before the next season begins, and some smaller signings will be sprinkled throughout the winter, but that may be about it absent some unforeseen trade(s). But hey …

… It’s Not Only the Cubs

At The Athletic, Matt Gelb discusses the Phillies within the broader context of teams wanting to significantly cut payroll this offseason, adding that: “The Phillies need a catcher, a shortstop, a center fielder, a starting pitcher and at least five relievers.” Which … LOL. How they’ll be able to manage that while also hoping “to reduce payroll by 10 percent” is going to be very interesting to watch.

Like the Cubs – and possibly every other team in the league – the Phillies may turn to non-tendering a number of their arbitration eligible players to save money, which is going to flood the market with a TON of unexpectedly available players. If the Cubs were smart, they’d use this once in a lifetime opportunity to add talent on the (relative) cheap, but, again, they’ll almost certainly just be doing the same thing as everyone else: saving money and cutting players.

For what it’s worth, the Phillies have 20 players who are either free agents, club option guys, or simply eligible for arbitration. Jake Arrieta, Didi Gregorius, and J.T. Realmuto are among the true free agents, and I’d bet they’d love to keep at least two of them.

For what it’s worth, the Yankees have not yet discussed an extension with LeMahieu, which means, at this point, he’s going to hit free agency.

DJ LeMahieu said there has been no discussion about a possible extension. They decided to wait until after the season.

Unfortunately, despite the fact that he plays second base, crushes left-handed pitching, and makes a TON of contact/hits for a high average, LeMahieu probably priced himself out of the Cubs range with his performance (outside of Coors Field) over the last two years (more on the potential cost for LeMahieu below). For what it’s worth, Buster Olney reports that the Yankees *do* want to re-sign him, not only for his performance, but also for his role as “the soul of the clubhouse.”

By contrast, Gregorius – and his 14.1% career strikeout rate – could be a cheap(er) alternative, but I will point out that he has always struggled with left-handed pitching, which isn’t an ideal fit given the Cubs weaknesses in 2020. I also don’t know if the Cubs will spend what it’ll probably take to get him. Maybe they can go after him next year, when he prices himself up yet again!

Speaking of the Yankees …

Maybe the Cubs have exactly what the Yankees need. According to Joel Sherman, the Yankees could be looking for left-handed hitting this offseason, as their lineup has become susceptible to right-handed pitching. We know they’ve shown interest in Kyle Schwarber before, and he’s not untouchable, plus the Cubs also have Ian Happ, Victor Caratini, and Jason Heyward theoretically available as well. Some of those guys even had good years at the plate.

Not unrelatedly, Sherman officially speculates that Yankees payroll will not be immune to the league-wide cuts, and because of that, Yankees fans can perhaps cross off signing guys like J.T. Realmuto and Trevor Bauer or trading for someone like Francisco Lindor – particularly if signing LeMahieu is really going to cost roughly $100M over four years.

Sherman ALSO admits that moving on from Gary Sanchez, Luke Voit, and even Gleyber Torres(!) is on the table. And he specifically mentions that searching for a left-handed hitting catcher, like Tucker Barnhart, could be in the cards. I doubt the Cubs end up with Torres in their infield next season, but it’s sure fun to dream.

Basically, it sounds like the Yankees do want to keep LeMahieu (roughly 4/$100M), but otherwise plan to get left-handed and fast. The highlight is that anyone is on the table, including Torres, especially with so many shortstops available next winter.

Yesterday, Brett discussed/clarified the previous rumors of a ~$200M extension overture from the Cubs to Kris Bryant. But whatever the reality was, everything is different today. Bryant had an injury-riddled 2018 season, a lower-than-expectations 2019 season, and a horrendous 2020 season that also featured a number of injuries. He’s also two years older and set to make $20-$24M in 2021 via arbitration. Point being, the conflicting inputs on both sides of the equation make an extension seem highly unlikely, especially this close to free agency.

However, Ryan Dempster seems to be a little more optimistic:

A lot of respect for @KrisBryant_23 coming from @Dempster46. Could something work out between the Cubs and Bryant in the end against mounting odds? https://t.co/VtqIlMq8i1

“I’m sure they (Cubs) do and I’m sure he (Bryant) wants to (sign a longterm deal), but we know there are two sides to everything, right. There’s agents and there’s players trying to get the best contract they can get, and there’s teams trying to manage payrolls all of those things,” Dempster said.

For his part, though, Mark Carman goes as far as to suspect that it’s actually more likely that Bryant plays in 2021 with a team besides the Cubs.