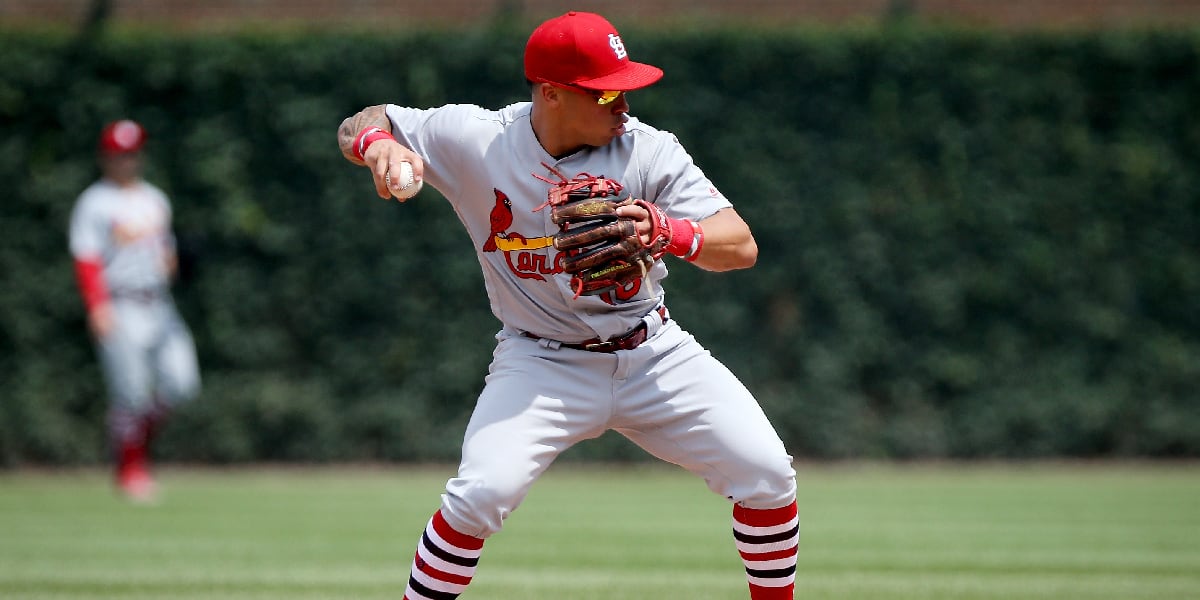 The Cardinals surprising decision to decline Kolten Wong’s $12.5 million option back in October was among the first signs that this offseason going to be anything other than normal. The free agent market has since bounced back a bit, sure, but we’re still just talking about generally reasonable deals for some of the best talent at the very end of January. It’s a far cry from where we used to be a handful of years ago.

This action has put me on high alert with respect to the Cubs potential trade interests, but I can’t say I expected them to be involved in any of these free agent rumors … and yet:

Source: Kolten Wong’s market is heating up, amid all of today’s infield movement. The Cardinals, Tigers, Mariners, Rays, Cubs, and Phillies are among the teams to check in on the 30-year-old free agent who has back-to-back NL Gold Gloves at 2B. @MLBNetwork @MLB

The Cubs are listed among just six teams to have checked in on Kolten Wong, the former Cardinals left-handed hitting second baseman with back-to-back Gold Gloves in the NL. And while there is some legitimate competition in those ranks, at least one familiar team, the Cardinals, are said to have prioritized re-signing Yadier Molina and Adam Wainwright, in that order, above re-signing Wong. In fact, most of what I’ve read and heard so far has implied that the Cardinals *expect* him to find better deals elsewhere. So who knows? Maybe the Cubs do have a chance.

And, yes, this is something I think they should have an interest looking into. In fact, we talked about this way back on October 31st, and here’s part of what I had to say at the time about his offensive fit, positional fit, and organization fit with respect to Nico Hoerner:

From 2014-2020, the Chicago Cubs have had the fourth highest strikeout rate in MLB (23.1%). They’ve also had the single lowest contact rate (75.4%) and ninth lowest batting average (.249). Meanwhile, the Cubs have largely been among the top-10 in most power stats for more than half a decade. My point: Kolten Wong is a different type of banana than their usual bunch.

Among hitters with at least 3,000 plate appearances since Wong’s debut, the former Cardinals second baseman has the 32nd lowest strikeout rate (one spot ahead of Anthony Rizzo) and the 34th highest contact rate (83.0%).

Wong is a second baseman, by trade, and a Gold Glove winning one at that (2019). He was also a finalist in 2018 and is arguably the front-runner to take home his second award here in 2020. Of course, he’s a finalist against a cheaper, younger middle infielder already on the Cubs roster by the name of Nico Hoerner.

So when we’re talking solely about Wong’s greatest strength – his glove – it is fair to say the Cubs have a much more affordable option already in house. The question, then, really becomes how soon do you think Hoerner’s bat can match Wong’s? Because every single question that arose during Hoerner’s 2019 debut about his bat was exploited to the extreme in 2020.

The simple fact is, however high Hoerner’s offensive ceiling may be, he had every chance to run away with the 2B job in 2020 and did not. And that’s not a shot at him; it was because he still needs more time (indeed, *any* time) at Triple-A to finish his offensive development. I said that before the 2020 season began and it’s just as true now as it was then, because this is a young player who had virtually no minor league experience. If the Cubs are trying to go all-out for a Last Dance style win in 2021, I’m fairly confident that Wong is a better bet for second base than Hoerner.

If the Cubs are legitimately interested in Wong, I wouldn’t be surprised to learn that his market is probably limited to a fairly short term deal. As for cost, well, thinking about some of the other players (Brad Hand, Kyle Schwarber), who were let go early this offseason (perhaps before current budgets and future revenues were better known), but have since signed deals elsewhere for something close to their expected 2021 salary, I wouldn’t be surprised to see Wong landing something close to his $12.5M declined option in free agency. Could the Cubs really extend themselves that far? Excuse me. Will they? I suppose we’ll see.

Call me crazy, but I like the idea of trying to win the NL Central this season, given the talent still on this roster and the lack of improvement throughout the rest of the division. Signing someone like Wong would likely help. And if it also helps develop Nico Hoerner better for the long-term by taking some big league pressure off him in 2021, then that’s even better.