Are the Cubs Getting Back in Touch With Anthony Rizzo? (UPDATE: Over) Skip to content 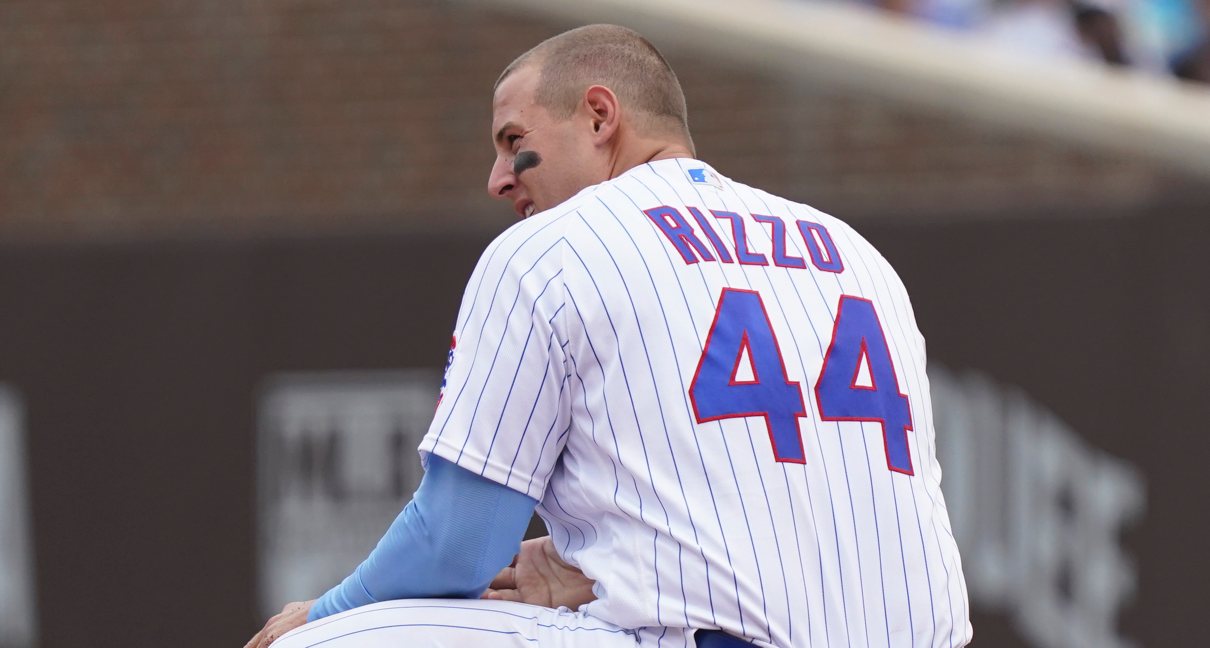 This is a tricky one to break down tonight, because there are definitely some conflicting inputs.

But right away, I have to throw up a word of caution: both Hector Gomez and Mike Rodriguez *have* broken some things over the past five months, but there have also been some situations where it looks like they’ve missed. My guess is that they do have some connections, but I wonder about what level of filtering is in place before putting the word out on something they’ve heard. So I think it’s worth at least a grain of salt, even as it does comport with rumors we heard from Bruce Levine during the lockout about the Cubs and Rizzo. That does not mean these reports aren’t true! It just means I want to make sure your brakes are appropriately pumped, because I know how excited we might otherwise get about the possibility of a reunion.

Another reason to be a little cautious: the Cubs haven’t yet been seriously connected to Rizzo SINCE the lockout ended. And in a world where, for example, Rizzo has been in contact with the Yankees, but the Yankees have yet to step up and finalize a deal for various reasons, it would be in Rizzo’s interest to have it out there that talks are happening with another club (indeed, it may be quite real that Rizzo’s agents are “in contact” with the Cubs, because for all we know, they reached out for these very purposes!).

Leverage. You just have to remember it in these situations and proceed with caution.

There’s another reason for a grain of salt, though.

As for the substance of the referenced tweet, I think three things can be true:
1.) Cubs offer looked low at the time,
2.) Understandable that Rizzo walked away, &
3.) In hindsight, it was probably actually a pretty good offer.

That’s Anthony Rizzo’s Twitter account “liking” a tweet that sure doesn’t present last year’s Cubs-Rizzo-extension situation in a very happy light. It doesn’t scream, “LET’S DO A REUNION!” It might not mean anything at all, or it might even be misdirection. But I had to mention it.

Recall, last spring, the Cubs reportedly offered Rizzo a five-year, $70 million extension. It was perceived as light at the time, and the negotiations really didn’t proceed from there (and then there was an ugly back-and-forth via the radio after the trade to the Yankees about what “really” happened). In hindsight, it was probably a fair offer and a deal that Rizzo should have taken. But at the time, I can see why he and his camp were expecting more from the Cubs.

Fast forward to today, and Rizzo is not going to get an offer like that in free agency. Well, I guess never say never, but I don’t see it after a 2021 season that saw him turn 32, deal with his continued (minor) back issues, and not TOTALLY break back out with the bat. I tend to think Rizzo is going to wind up with a short-term deal at a decent AAV.

And I do think that’s something the Cubs would, could, and should consider! I just am not sure it’s actually taking place, and I do wonder just how fractured the relationship became after last year. You don’t want to read too much into a “like” on Twitter, but the fact that it’s happening right now during this free agency period, well, it just doesn’t strike me as a good sign.

For now, I just lay this out for our consideration, and let’s track where it goes.

Weird spot re Cubs/Yanks/Rizzo. You could argue NYY SHOULD offer him more, bc of their better overall roster (he can provide more value on the win curve, so to speak). But you could also argue CUBS should offer him more bc of need for lefty power & (let's be honest) fan service. https://t.co/FfvmvLGm6v

It appears that tweet is no longer liked by Anthony. https://t.co/i1Boo6NOEG pic.twitter.com/g5OnfAWhf2

Just thought that was worth pointing out, too …