Jim Harbaugh is Staying at Michigan ... Again Skip to content 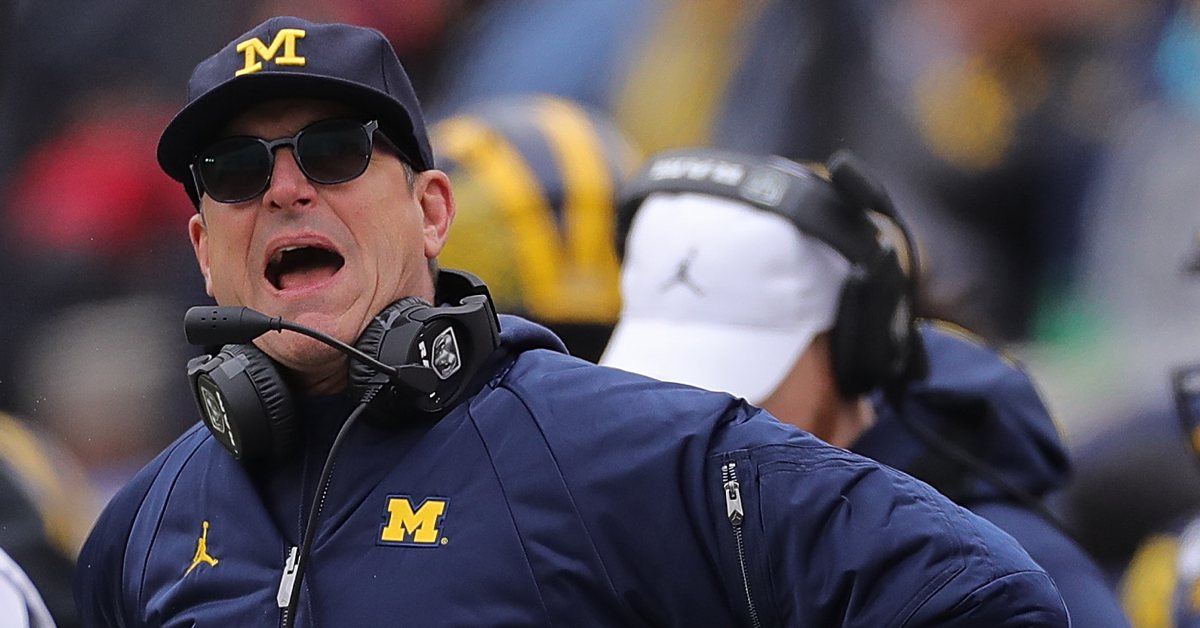 For the second consecutive offseason — and after flirting with the NFL/reportedly taking interviews — Jim Harbaugh will remain the head coach of the Michigan Wolverines.

After the 2020 season, Harbaugh was asked to take a pay cut by Michigan. He obliged, dropping his annual salary from $8 million to $4 million. Since taking that pay cut, Harbaugh has led the Wolverines to back-to-back College Football Playoff appearances, as well as back-to-back wins over Ohio State – his first two wins over the Buckeyes since taking the job in 2015.

No doubt about it, this announcement comes as a big sigh of relief for Michigan. While Harbaugh will likely continue to garner attention to return to the NFL, it seems as if Michigan has held onto its head coach for now. In 4 seasons as the 49ers’ head coach, Harbaugh lead San Francisco to 3 NFC Championship games, a Super Bowl appearance, and amassed a 44-19-1 record.