Tonight, the Dallas Cowboys will take on the San Francisco 49ers in the Divisional Round of the NFL Playoffs in Santa Clara, California. Get in on the sports betting action with the following +1300 same-game parlay pick.

With fantasy football over, there is no better way to enjoy the playoffs than betting on player props. Same Game Parlays are a fun way to get involved with potentially massive payouts. This same game parlay for the Eagles and Giants game pays out 13 times your wager!

You can find this bet at BetMGM and instantly get a $1,000 risk-free bet! Take advantage of this awesome offer and click here to sign up!

I played both an alternate spread and an alternate total right around two key numbers. The normal spread is 4 and the normal total is 46.5 but I wanted to get some extra juice based on how I expect this game to go. With Brock Purdy under center, the 49ers’ offense has been elite, ranking 2nd in offensive efficiency. They also now match up against a Cowboys team who has played an easy schedule. When they have played good teams they allowed 34 points to the Eagles with Gardner Minshew, 40 to Lawrence and the Jags, 31 to the Packers, 26 to the Eagles with Jalen Hurts, and then Week 2 held the Bengals to 17 points.

The Cowboys’ secondary continues to be banged up and the 49ers’ offense is fully healthy. At their best, they are incredibly multiple and impossible to stop. If they want to get a power running game going they can use Kyle Juszczyk with Elijah Mitchell. They can put Deebo Samuel, Elijah Mitchell, and CMC with two of the three capable of rotating outside and running crisp routes. On top of that, they have an elite tight end in George Kittle and a capable outside wideout in Brandon Aiyuk. With Purdy doing what’s asked of him it’s tough to see this Cowboys defense slowing down the 49ers.

Dak has 20-or-more rushing yards in four of the past six games and is averaging 5.5 rush attempts per game during that span as well. He is coming off a game where he rushed for 24 yards on 7 carries against a Tampa Bay team that normally plays a ton of zone so I’m not too worried about scheme here.

On top of this, the Niners are able to get pressure at a high rate and just allowed 4/28 to Geno, a reasonably close comp to Dak from a rushing standpoint. With more pressure, Dak could be flushed from the pocket more and given opportunities to run. Athletic quarterbacks also tend to run more in the playoffs.

Elliott has slowed down dramatically the past three weeks with just 37, 10, and 27 rushing yards. He now squares off against a top-5 San Francisco run defense. This also correlates with the other legs of this same game parlay. If the Niners win by more than a touchdown and are scoring a lot, we will likely see the Cowboys in negative game script and not running the ball as much. 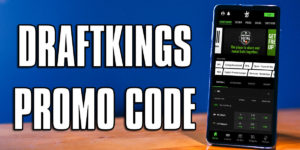 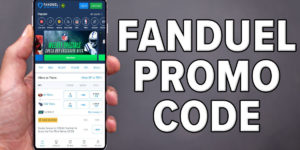