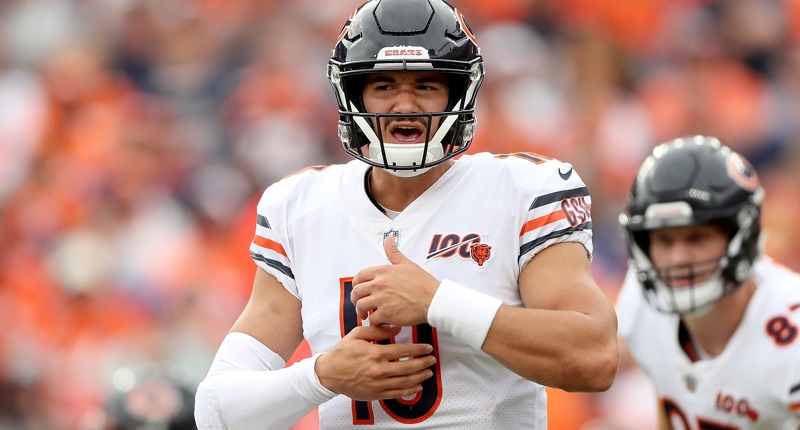 Do yourself a favor and find some time to listen to your favorite artists first album from beginning to end. I recently did it and immediately felt better about a whole mess of things. Heck, I might give my favorite another listen later in the afternoon.

.@JoeO670 didn't hold back his Trubisky takes in his return to #YouBetterYouBet.

The #Bears are tied for last in the NFL with 13 offensive plays of 13 or more yards. That's not surprising. What is surprising, at least to me:

Safe to say someone blew a zone assignment on the second to last play of the game for the #Broncos. Look how wide open #Bears WR Allen Robinson is when he catches the football: pic.twitter.com/aFjsoiAKwx

One of the best plays of the day for Roquan Smith right here. TE had no chance. Just too fast. #Bears pic.twitter.com/kwFpa0uxhV

Of teams with cap room to trade for Manning I cant find anyone even if he was willing to waive his no trade. Maybe the bears if they bailed in Trubisky. Would need an injury to make manning desirable in my opinion

#Bears Kyle Fuller & Charles Leno Jr. fresh off their wild win in Denver….talking with students at Jordan Community school on the North side. Part of the BAM program (Becoming a Man) They were asked what motivates them: ⁦@charleslenojr72⁩ @cbschicago #nfl #tvnews pic.twitter.com/3dAA0J25oU

This time around, I sat down with David Kaplan (@thekapman) inside the NBC Sports Chicago studios!

New episode of House of L is ready. This week my guest is @curlyfro and she’s so dope. You need to hear this: https://t.co/tL71bvtxLg

Meet Luke Falk, the unexpected Jets quarterback. And Luke Falk, The HR manager from Salt Lake City who has been following the other Luke Falk’s career through wrongly sent emails: https://t.co/1r7zSsJLju