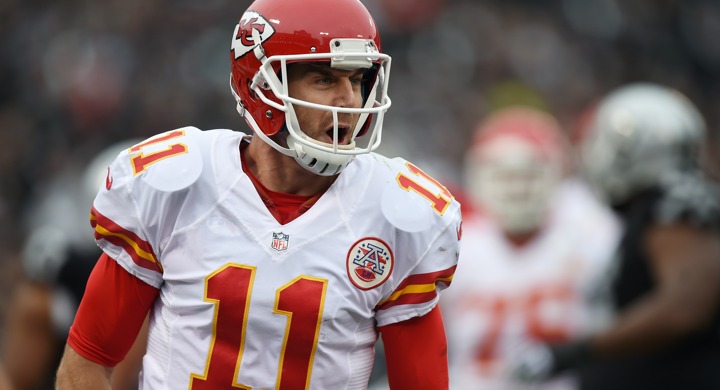 Competition is coming for Mitch Trubisky.

ESPN’s Jeremy Fowler becomes the latest to share what has been a growing consensus for some time now: The Chicago Bears are aiming to bring in a quarterback who could push (or even supplant) the team’s current starting quarterback.

Fowler is reporting from NFL Scouting Combine in Indianapolis and feels a “strong sense” that the Bears will be bringing in an established veteran quarterback. Who? And from where? Those are questions we don’t have answers to yet. But where there’s smoke, there tends to be fire. And in the case, the smoke signals are being seen quite clearly.

And it is important to note Fowler’s specifics here.

The parameters have been set for finding a new QB2, and there has been an apparent shift in philosophy as to how to fill the QB2 role in Chicago. This doesn’t mean anyone has an idea whom it’ll be or how the Bears will acquire them for the 2020 NFL season. It could be any number of quarterbacks we’ve already discussed this offseason: Marcus Mariota? Andy Dalton? Nick Foles? … Alex Smith?

If perfectly healthy, Smith is a perfectly cromulent option. He’s an experienced starter, well-versed in Matt Nagy’s system, and a perfect option to push Trubisky. But again, that’s *IF* he’s perfectly healthy. And that’s a rather large *IF* at this point of the offseason.

In any case, Fowler’s tweet confirms the chatter that has been surrounding the team throughout the offseason. The Obsessive QB2 Watch begins now.