Best of Mic'd Up, Favorite Combine Drills, Prospect Crushes, and Other Bears Bullets Skip to content 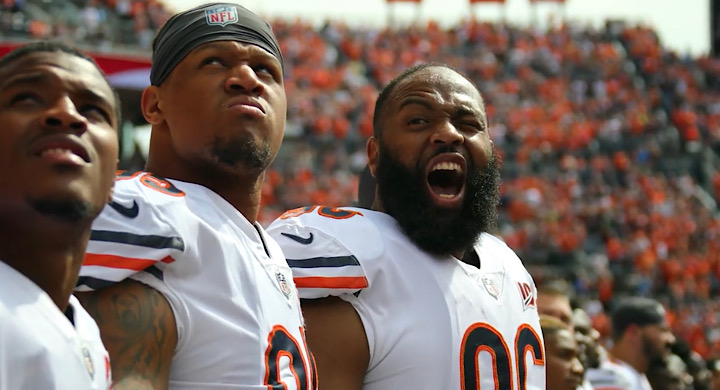 I always make sure to take some time to allow myself to clear my head and reflect when my calendar flips to March 1, as I honor my mother’s passing (which happened three years ago today). Go hug someone you love while you have the opportunity, because you never know when it will be the last time. And the weather is supposed to be nice in Chicago today, so there is no excuse. Just do it.

Florida's Jabari Zuniga finished the night with the top Athleticism Score among edge rushers (93) after a strong combine workout.

Athleticism Scores for the 2020 edge rusher class are now official.

Jabari Zuniga too quick off the snap and absolutely eats D’Andre Swift for the TFL. pic.twitter.com/qn8XlBv4gg

Jeremy Chinn is the tallest safety out of the 26 at the NFL Combine in Indianapolis, but the first consensus All-American in SIU history since MyCole Pruitt in 2014 still faces questions about where he fits best at the next… https://t.co/k53zv1eTpe

That man is Nebraska’s Khalil Davis.pic.twitter.com/dKSCSw4WOl

Isaiah Simmons is about to destroy the NFL combine.

This man was built in a lab.