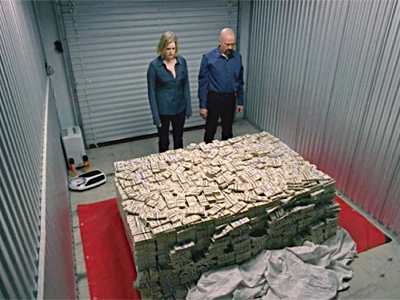 There is no secret the Bears were going to be hunting for pass-rush help this offseason. Because even though Khalil Mack is an all-world talent, he simply can’t do it all.

But I cannot say I expected them to go balls out on a huge signing like this:

The #Bears are signing pass-rusher Robert Quinn to a 5-year, $70 million contract with $30 million fully guaranteed, agent Sean Kiernan from @SelectSports tells me and @TomPelissero. A new home for the former #Cowboys star after a huge year.

NFL Network insider Ian Rapoport tweets the Bears are signing Robert Quinn to a whopper of a deal. It’s a five-year pact worth $70 million that includes $30 million fully guaranteed. That’s a hefty chunk of change for the 29-year-old two-time Pro Bowler, and it’s a big swing in the near-term on the rejuvenated pass-rusher – you’re obviously going to hope to get his best remaining years immediately.

In a corresponding move, the Bears are parting ways with Leonard Floyd:

Floyd was a first-round pick of the Bears in 2016. And while he’s had some standout moments with the team – particularly against the Packers – Floyd never grew into the type of pass-rushing threat one would expect from a top-10 pick. The Bears spent most of the offseason professing how much they liked Floyd and what he did for the team. But given the potential cap savings, Floyd’s gig was never 100 percent safe (despite the Bears’ public display of appreciation). All things considered, we concluded the Bears were at a crossroads with Floyd. And when it came time to make a decision at the fork in the road, the split came. As a do-it-all complementary edge defender, Floyd will hit the market at age 27. The move clears up $13.222 million in salary cap space from the fifth year option that is now nullified.

As for Quinn, a dominant player in his younger days with the Rams, he had to re-establish himself last year with the Cowboys before landing a big payday again, and it was the Bears who just gave it to him.

Depending on your rankings of preference, Quinn was seen as around the 15th to 20th best overall free agent among the guys who were actually going to hit the open market, and in the top five edge rushers.

This is a major free agent move.

Quinn is the pass-rusher the Bears hoped Floyd would grow into as a pro. Even though Quinn is just two years older than Floyd, he has five more years of experience. And as you can tell by the graphic below, there is a steady rate of pass-rush production here:

High floor plus potentially high ceiling means the Bears’ strength gets even stronger.