Do Any 2020 Draft-Eligible Quarterbacks Fit with the Chicago Bears? Skip to content 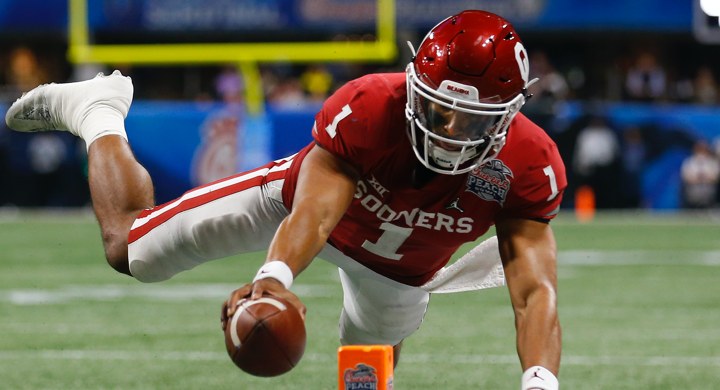 Here’s how the quarterbacks stack up (points in parenthesis):

Even though the Bears do not have a first-round pick in the 2020 NFL Draft, the time has come for the team to draft a quarterback.

I can’t believe I was foolish enough to think the Bears wouldn’t need to search for long-term quarterback solutions for the foreseeable future. But one year after making progress, earning praise, and getting an invite to the Pro Bowl as an alternate, Mitch Trubisky took significant steps back. So much so, the team traded a fourth-round pick for the right to re-work Nick Foles’ contract and install him as competition for the QB1 job. Meanwhile, Patrick Mahomes and Deshaun Watson — both taken after Trubisky — have thrived. The Trubisky pick looks like a whiff at this point, but don’t say we didn’t warn ya (because we did).

At this time last year, I found it highly unlikely the Bears would use one of their few picks on a quarterback because of their needs elsewhere. A year later, I realize Chicago still has needs at other positions, but cannot afford to ignore targeting a developmental project at some point on draft weekend.

A healthy Tua Tagovailoa has the highest floor and highest ceiling of all the quarterbacks in this draft class. And even though Tagovailoa has medical red flags, he is the only signal caller in this class I would be willing to trade future draft capital to select. But because the Bears’ draft capital is limited, I simply can’t imagine GM Ryan Pace going all in on a top quarterback prospect in this class.

As for the prospects who figure to be available to the Bears, each is as interesting as they are flawed.

I love Jalen Hurts’ makeup, production, and the fact that fans of two blue-blood college football powerhouses adore him, but has limitations as a thrower. Jordan Love’s athletic traits “wow” me, but his performance under pressure leaves much to be desired. Jacob Eason has some Jay Cutler in his game, but struggled on the biggest stage. Anthony Gordon’s ability to pick up Mike Leach’s offense as a one-year starter could bode well as he attempts to follow in Gardner Minshew’s footsteps, but his arm talent raises questions from talent evaluators. James Morgan has real sleeper vibes as someone who has done everything to pattern his game after idolizing Brett Favre and Aaron Rodgers growing up, but the level of competition he played against in college isn’t much to write home about.

Considering the Bears’ need at the most important position in sports, I wish it was possible to take a swing at a game-changing prospect. Instead, the team needs to dig deep into its scouting and trust the quarterback development think tank in place at Halas Hall. Good luck, gang.