Getting to Know the 2020 Chicago Bears: Tight Ends Skip to content 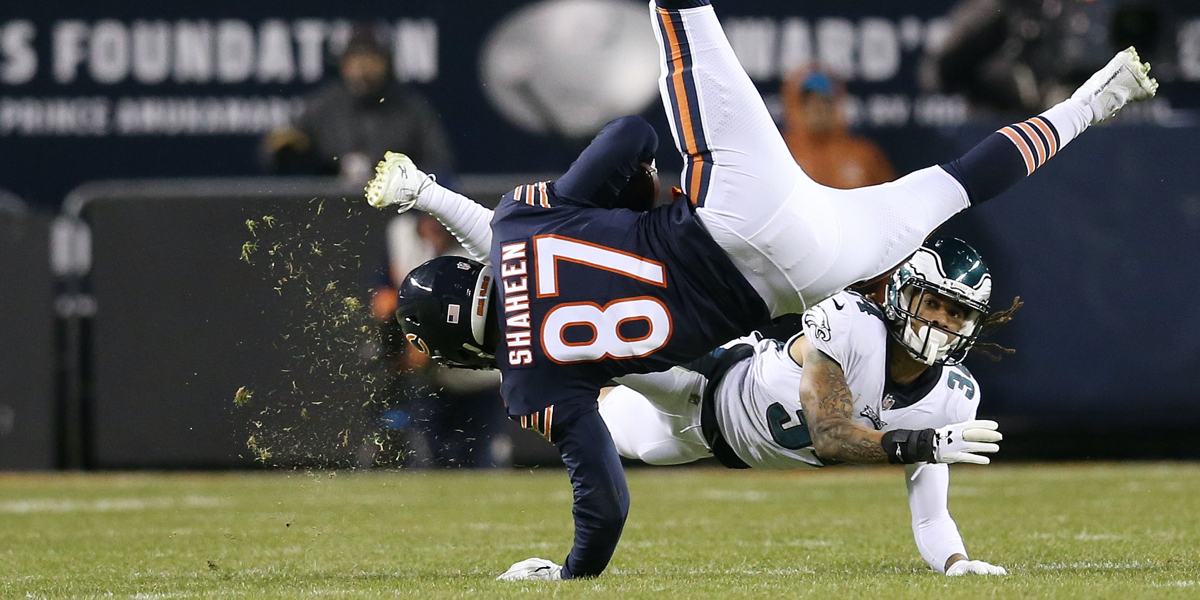 It’s all about the new guys until someone’s  on-field presence demands our attention. That means we’ve got eyes on free agent additions Jimmy Graham and Demetrius Harris, as well as second-round draft pick Cole Kmet. Ultimately, those three are the potential impact players at the position.  J.P. Holtz can handle a versatile role with snaps as a fullback. Ben Braunecker and Jesper Horsted figure to be battling for some serious burn, too. But the days of hoping Adam Shaheen takes a great leap forward are in the rear-view mirror.

It’s fun to dream on Cole Kmet’s potential. Kmet has size, a unique prospect pedigree growing up as a two-sport athlete, and has shown a knack for making plays in big games. The games don’t get any bigger than they do on Sundays (save for the ones on Monday night and in primetime on Thursdays).

Local Kid Cole Kmet is Living the Dream as a Professional Athlete in Chicagohttps://t.co/7tXK3RYMTe

Is anyone at this position actually good?

No … seriously. Do we know where the strength at this position is for the 2020 Bears? I feel as if the answer here is no. And that pains me to write, especially knowing the resources the team poured into fixing the position.

Graham’s résumé is legit, but the fit would’ve made perfect sense if it was 2014. Instead, Graham is coming off two down years with the Packers — a team that had tight end questions of its own, and evidently did not see Graham as a solution. Kmet has potential, but we know it can take some time for them to live up to their potential. Harris is a role player who knows the system, so let’s keep expectations for him in proper perspective. And to think, those are the guys at the top of the depth chart.

This is undoubtedly the toughest position to project.

Here’s what happens in an ideal world:

•   Graham fits into the role that Trey Burton had in 2018. I’m not expecting prime-era Graham to show up in 2020. However, he should still be able to display an ability to find soft spots in zones and use his body to be a player in the passing game.

•   Kmet contributes as a two-way option between the 20s, then excels in the red zone as a pass-catcher. Kyle Rudolph is often used as a comp for Kmet. And while not sexy, Rudolph is effective, efficient, reliable, and productive. If Kmet can be those things, the Bears will be better off at that position than they were at the end of last season.

•   Harris, Holtz, Braunecker, Shaheen, and others chip in as role players here, there, and everywhere. I don’t imagine the Bears carrying more than 5 tight ends on the active roster, but I didn’t imagine Graham would be here in the first place. Predicting what GM Ryan Pace will do at the position is a fool’s game (one I no longer want to play).