Re-setting the Trade Block, Time is Ticking to Make A-Rob Deal, Interest in Arlington, and Other Bears Bullets Skip to content 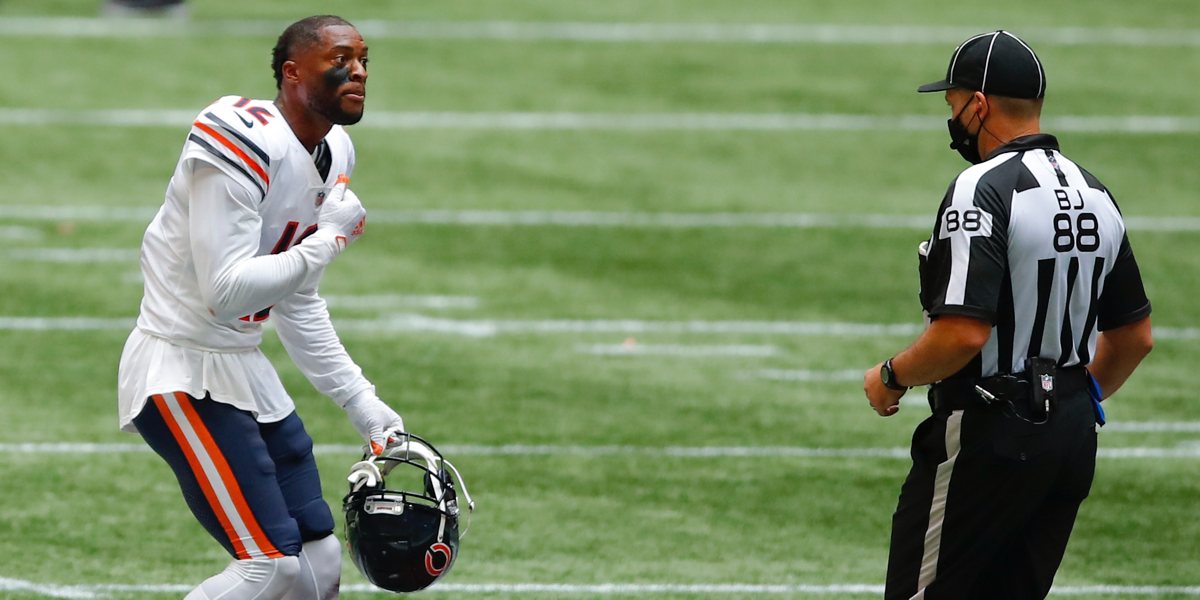 My friend put up the idea of going to at least one game on every baseball homestand as a fun summer goal. I think I’ll follow that lead.

•   Plenty of chatter remains surrounding the Bears and a potential move to suburban Arlington Heights. Both David Haugh and Dan Bernstein of 670 The Score share the sentiment that this moment in time feels different than previous flirtations with moving out of Soldier Field. And on several levels, too. There are some unique perspectives. And while I stand firm in my desire for the Bears to stick in the city, I’m open to hearing ideas from others.

•   One thing I circle back to is how it feels like more fans are open to the idea of moving than they were before. Let’s face it. The Bears are a charter franchise and should be treated as such. However, it’s difficult to do that while making Soldier Field (as currently constituted) a long-term home. But there are still fans — whether they value history, location by the lake, or not having to drive out to the suburbs — who don’t want see Chicago’s football team leave the city. We’re a long way from crossing that bridge. But we’re at a point where we can see it off in the distance.

•   It is still wild to me that less than a week after submitting a bid to purchase Arlington International Racecourse, the Bears were announcing a business partnership with someone tied to the property’s owner. Again, that shouldn’t be overlooked by any of us.

•   On the field, Jake Rill (Bleacher Report) serves a reminder that QB Nick Foles, WR Anthony Miller, and DL Akiem Hicks could still be on the trade block this summer.  The Bears have tried (and failed) to deal Foles this offseason. But if you look to the periphery, the Jets seem like a logical option. Chicago has put Miller on notice by letting it be known (on multiple occasions) that the 2018 second-round pick is available via trade. Hicks was given permission to seek a trade, but nothing came from that (even though we’ve still got eyes on it). There are real challenges to trading any of the above-mentioned players. Nevertheless, the buzz will linger until they are moved or begin the year with the Bears.

Since 2017, DeAndre Hopkins has 37 receptions within two yards of the sideline, more than double every NFL receiver in that span, with the exception of Stefon Diggs (28), Allen Robinson (19), and Tyler Lockett (19).@DeAndreHopkins | @AZCardinals pic.twitter.com/iE2JNGhGdJ

•   Time is ticking on getting an extension for Robinson. The Bears have until July 15 to come to a multi-year contract agreement with their designated Franchise player. Considering his excellence and a desire to get Justin Fields all the weapons possible, GM Ryan Pace should be working feverishly to get a deal done. Otherwise, Robinson will play 2021 under the tag. And while that one-year payday is fine, a player of Robinson’s caliber deserves more security than a one-year deal.

•   What a wonderful development:

•   This is what can happen when professional athletes with means and heart give back to help others. I loved seeing this story when it first unfolded. And I’m enjoying hearing that this is now a permanent establishment. Here’s hoping there is more of this moving forward and that others can chip in down the road.

Raiders’ DE Carl Nassib is the top-selling NFL jersey across the @Fanatics’ network both yesterday and today.

•   I’ve been reading Jim Litke since I was a youngster, so I was glad to read this:

•   The Bulls didn’t win the NBA Draft Lottery. And while the Magic now own the Bulls’ pick, I’d rather have Nikola Vučević than another draft pick outside the top-5:

•   A Chicago institution is hanging ‘em up: