Will Aaron Rodgers Play for the Packers This Season? He Says "I Don't Know ... We'll See" Skip to content 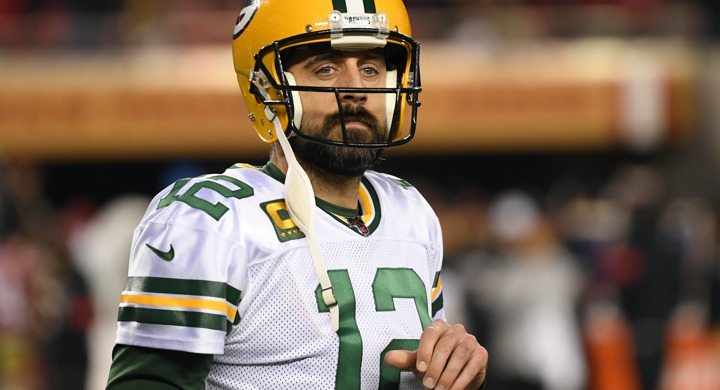 Aaron Rodgers played golf on Tuesday, and won. Which, yes, means he was able to successfully exact revenge against mega-troll and rival quarterback Tom Brady.

As for Rodgers’ next win, well, we’re not quite sure where (and with whom) it’s coming:

Well, that was certainly interesting.

When Rodgers was asked by TNT broadcaster Brian Anderson about his future with the Packers, which has been up for discussion throughout the offseason, Rodgers plays it coy. “We’ll see” is the most vague answer you can get. Based on my life experiences, “we’ll see” is never a good thing to hear. It’s not a firm answer, but one we’ve come to expect from Rodgers this offseason. The guy is playing up to the moment. I’m at a point where Rodgers knows what he is doing and this was all part of his master plan … or he still has no clue and is still taking his time decide.

Either way, it’s captivating drama to see Packers fans squirm with uncertainty as Jordan Love waits in the wings.