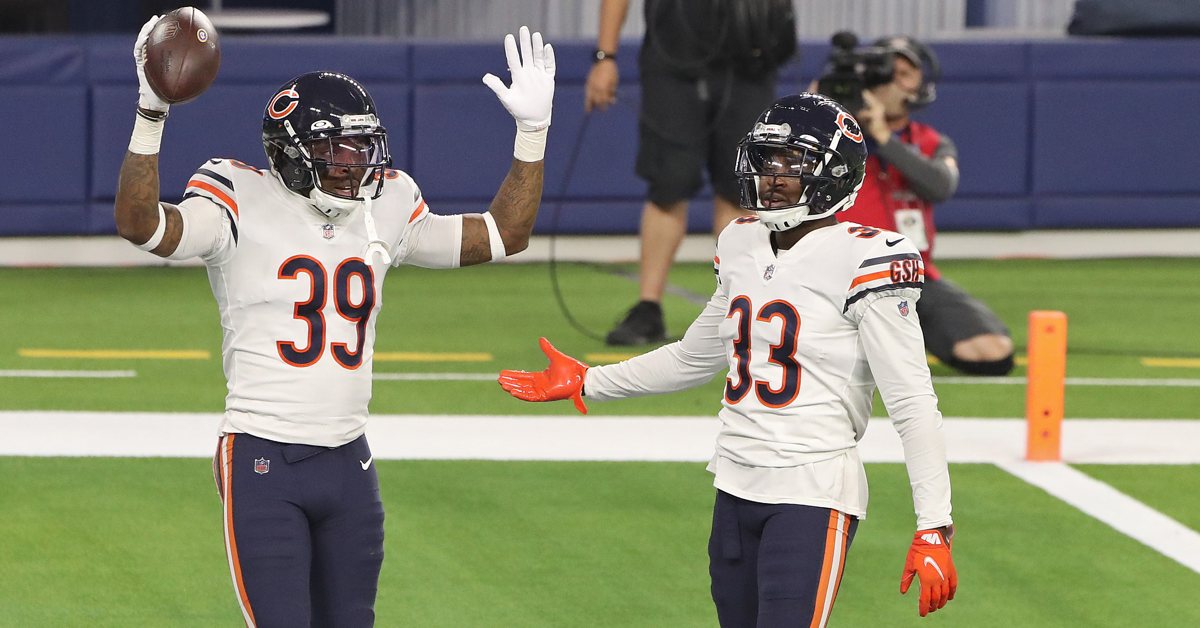 The Bears’ secondary features five players who were starters in at least one game last season. And while experience is always nice to have, they weren’t all good experiences. Even though Johnson was a strong starter, his finish left much to be desired. Vildor and Shelly had their ups-and-downs. Things got so bad for Vildor, he was eventually sat down in favor of Artie Burns last year. It wasn’t pretty in the secondary, to say the least. And that is before we get to Jackson, whose tackling issues were on display throughout the season as he went viral for the wrong reasons in 2021.

The Bears defense undergoing an overhaul is one thing. But seeing it framed in this light — with seven players who could possibly leave in free agency really puts it in perspective. Gipson, Bush, and Houston-Carson were solid contributors defensively. And in the case of Bush and DHC, they were also double-dipping as core special teams members. Hiring a defensive-leaning head coach and a staff that did a lot with a little in Indy might soften the blow. However, it is still a massive undertaking to re-work this position room.

A post-June 1 cut of Eddie Jackson could create $6.1 million in salary cap space. But it would leave the Bears with no returning safeties from the previous year’s roster. Maybe that would be a good thing. Clean slates can be useful from time to time. But perhaps this collection of coaches can get Jackson back to his 2018-19 form. But because a Jackson cut would cause Chicago to lose cap space, I don’t see it happening.

Save for giving linebacker Darius Leonard gobs of money and trading for DeForest Buckner, the Colts weren’t known for splashy defensive signings. Instead, that group cobbled together a defense with solid role players and unheralded contributors. With that in mind, we could see some bargain bin buys to patch things up in the defensive backfield.

This could be an area where the Bears target some post-hype sleepers. Jabrill Peppers (first-round pick in 2017), Desmond King II (All-Pro CB (1st team) and PR (2nd team) in 2018), and Sidney Jones (second-round pick in 2017) could be worth kicking the tires on this offseason. Or perhaps wily veterans such as Xavier Rhodes (who has spent the last two seasons with Matt Eberflus and the Colts), Casey Heyward, or Marcus Maye could be short-term stop-gap options.

Eventually, it would be nice to see the Bears pick up some home-grown cornerbacks. Because, if this team is about to shift to spending money on offense, it must start hitting on defensive draft picks. However, because we’re dealing with a new general manager, head coach, and scheme, it might take some free agent additions to give us an idea what kind of player this group is looking for in the secondary.

In the meantime, the Bears would do right by their defense by playing the mix-and-match game.

That could mean creating competition between a free agent returning player (Thomas Graham Jr.?) and a free agent to start opposite of Jaylon Johnson. It could mean bringing in a late-round defensive back to challenge Kindle Vildor and Duke Shelley for reps as the third corner. We used to pine for a young safety to put next to Eddie Jackson. But with first-year GM Ryan Poles shedding salary, it feels like the clock is ticking on Jackson’s time in Chicago. We could soon see two new safeties roaming in the secondary. All in all, the Bears figure to see an influx of fresh faces in the defensive backs rooms at Halas Hall. Buckle up.