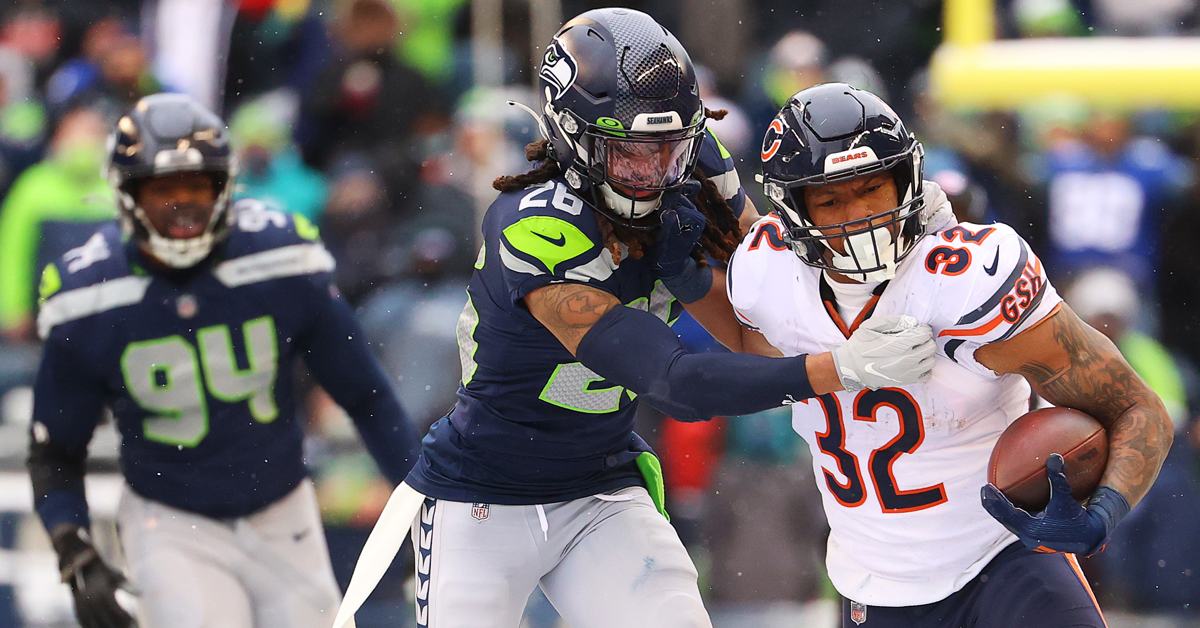 David Montgomery is a known tackle-breaker, so we already know elusiveness is in his game.

But being in midseason form in April (at least, when it comes to dodging questions like tacklers)? That I didn’t expect.

Bears RB David Montgomery said he hasn’t thought much about it being his contract year. Wants to treat this season like any other. “I’ve still gotta play football and I’ve still gotta perform."

I asked David Montgomery if he'd talked about a contract extension with the #Bears. He joked he didn't know what that meant.

Hey, man. After watching Allen Robinson II and Akiem Hicks ask for (and not get) extensions at the end of their respective runs, Monty’s words land in “it’s funny because it’s true” territory.

But, seriously, Montgomery was so not about talking contract. To each their own, of course. But it’s not like Montgomery wasn’t talking. Chicago’s RB1 had no problem going off the board with his conversation:

David Montgomery ends his presser by saying he went hiking in Arizona. "I almost died, but it was worth it."

This guy is something, man. 🤣😂

OK, you know what, all is well that ends well. And if Montgomery wants to go hiking in his offseason, then bless his heart. It isn’t for me. I’m not a nature person unless there is an adult beverage in my hand and the times are easy. But if hiking yourself to your wits end floats your boat, then so be it. Let me get back to contract stuff, which is apparently more on our mind than it is his. Go figure.

Like teammate Roquan Smith, Montgomery is about to play in the final year of his contract. Of course, Smith has an extension of his own to ponder when the time is right. As does Montgomery. Although, the two situations come from different places. That’s because Montgomery, a third-round pick in 2019, has yet to make the kind of cash that first-rounders such as Smith get. And while Montgomery is in line for a pay bump that includes a $2.79 million base salary, that is a light load compared to what he could possibly get with his next deal. Running backs don’t tend to get paid big bucks for second contracts, so a solid showing in 2022 could sway some opinions.

Remember, there was buzz in early March that Montgomery could get an extension from Chicago that could pay him north of $10 million per year. There hasn’t been much on that front since, but Leonard Fournette’s multi-year deal with the Bucs gave us new perspective on what a Montgomery deal could plausibly look like. At minimum, it was a worthwhile data point worth storing away for another time.

If it was up to Montgomery, it doesn’t seem like now would be that time. But maybe he needs another hiking trip to put it all in perspective.