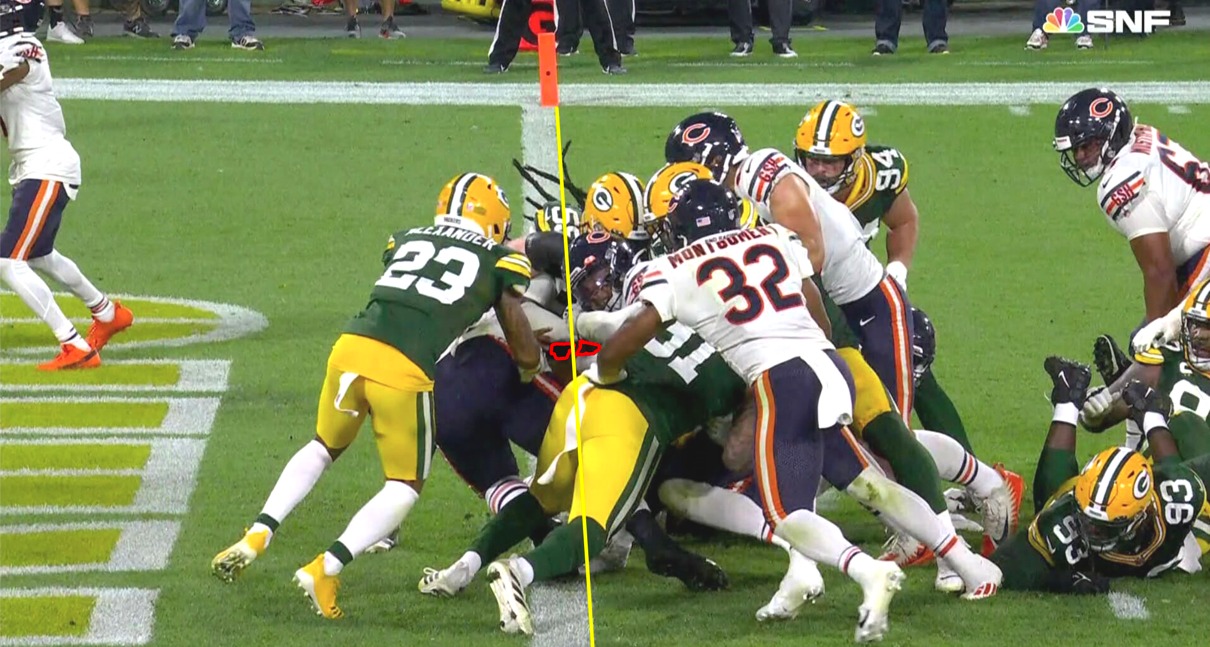 A few obligatory caveats to get out of the way at the top. Firstly, Justin Fields scored on that 4th and goal play. I’m not here for your contrarian debates. Go argue with a wall. Secondly, that score wasn’t likely to change the outcome of that game. Those are not mutually exclusive (but it would’ve been nice to see the Bears make the Packers sweat a little bit more than they had to on Sunday night). And, thirdly, the only thing better than making Green Bay itch a little with a late touchdown would’ve been seeing this team properly execute a goal-line scoring play on fourth down. These are the types of steps you want to see developing teams make, especially in the early going.

With all that being said, I found the explanation (from Bears OC Luke Getsy) of the decision to go with QB Power out of shotgun formation both interesting and informative:

There is so much to like about the exchange above. From the question’s phrasing by the reporter to the details in Getsy’s reply. That is the type of give-and-take that makes football discourse so much fun. And after dealing with Matt Nagy’s arrogance and stubbornness in recent years, this whole 1-minute, 25-second clip is refreshing.

Seriously. Save for the play’s outcome, what’s not to love?

We dug through the math earlier in the week in Bullets and even in the postgame. There was no reason to re-hash that stuff yet again. Nevertheless, it was still good to hear what went into the decision from the play-caller.

In the end, I don’t hate the call as much as I did in real time. QB Power out of the gun is something good teams with mobile quarterbacks do often. And successfully, too. This isn’t to say lining up in I-Formation and telling David Montgomery to follow the fullback into the end zone would’ve been a bad alternative. But I found Getsy’s explanation as to why he made the call satisfactory — even if the play’s result wasn’t.