How is the Blackhawks' New Front Office Approaching the Draft? Will They Move Up? Skip to content 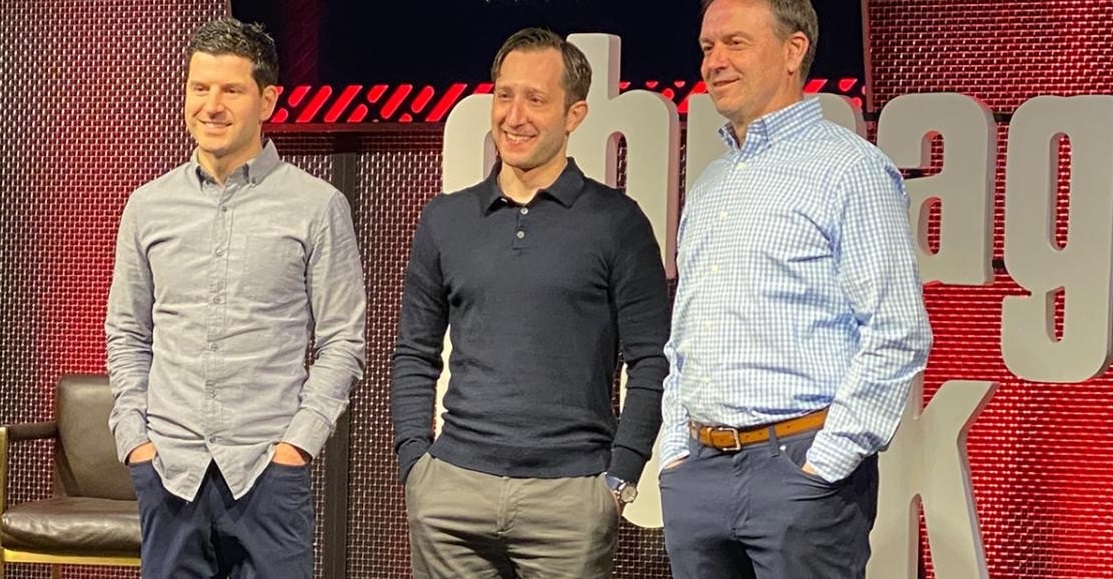 The new leadership trio for the Chicago Blackhawks spent some time with the media on Monday afternoon at the United Center. A number of topics came up, both in the Q&A session that was filmed (see video at the bottom of this post) and then as the media was able to ask questions of GM Kyle Davidson and associate GMs Jeff Greenberg and Norm Maciver.

Davidson and Greenberg spoke at length about the need to create a new, deep (read: deeeeeeeep) processes to create usable data and a system in which the organization collects that data. The point is: the Blackhawks aren’t trying to refresh their existing processes; they’re designing the wheel from scratch.

We’ll dig in more on some of the details the three guys shared about the new processes a bit later, but Davidson opened up about how those processes are being gently implemented now and how they could impact the Blackhawks’ approach to the 2022 NHL Draft… and what the Hawks are looking to do in the draft.

Get There — and Stay There

Once again, the context of Davidson’s comments when considering the past 5-6 years of the Bowman Administration are telling. And they’re encouraging.

Davidson was asked about what his view is of being in “go-f0r-it” mode, and whether or not a team with the profile of the Blackhawks should always be trying to be at the top. His response says a lot about his plan for the path forward and what he’s learned from his previous boss.

“Reasonably you have to look at where you’re at,” Davidson said. “Right now, we’re not in win-now mode. We’re in win mode… but when [the Hawks are back in win-now mode] is a little further [away] than next year having a realistic assessment of where we’re at. We’ll get there, it just might take a little bit of time.”

When the Blackhawks get back to win-now mode? Then what?

“The goal is to sustain that as long as possible,” Davidson continued. “Once you get there you have to manage your ability to stay at that plateau for as long as possible. A lot goes into that, but once you’re there you need to try to stay there — but not at the detriment of getting there and then falling off a cliff real quick again.”

Can I get an amen to that truth bomb Davidson dropped at the end?

As Blackhawks fans sit at home watching former Blackhawks prospects and NHL players make an impact around the postseason, the thought that the new general manager doesn’t want to sell his soul for a potential immediate payoff feels like a miracle.

OK, but… the Blackhawks don’t have the talent to do that right now. We’ve seen the product on the NHL roster. And we’ve already talked about the Hawks’ list of picks in the 2022 NHL Draft — which does not include a first-round selection.

Well, right now it doesn’t include a first rounder. But Davidson appears interested in moving up in the draft if possible.

“Being where we’re at in our trajectory, [the first round is] where the talent is at,” Davidson said. “That’s where we need to bring players in at. So [trading up is] definitely something we’ll look at. Whether that’s a possibility is a different question, but it’s something I’m definitely interested in.”

Consider me intrigued. But will the Blackhawks have their new systems in place to help in the upcoming draft?

The short answer is no. But Davidson noted that the hard work the existing scouting staff has already put in preparing for the upcoming draft isn’t wasted or getting thrown out. It’s really just a different, nuanced conversation that they’ll be having around the work the scouts have already done.

“The majority of the scouting season has been completed. [The scouts have] done a lot of work under the previous system they were working under. We don’t want to mess with that too much. It’s up to Norm, Jeff and myself to ask the right questions to extract the information we need from our scouts to help build a [draft] board that’s more in line with what we’re going to develop moving forward. The scouts have been fantastic making adjustments in how they talk about players. It’s very early on in that because we’ve only had a meeting or two but that will be a continuous process.”

Maciver was asked if there were any specific characteristics the Blackhawks were targeting as they evaluate players for their draft board. He quickly responded “Speed.” He reiterated that the Blackhawks would be looking to take the best available player on their board, but speed was something they felt was an area of need.

Davidson is still early in his process of building the organization in the image he wants. It can be exciting for fans to hear the Hawks are going to overhaul their entire hockey operations apparatus to make it more efficient and weaponize data to make the organization better.

But we need patience.

Davidson has consistently preached patience from the moment he was named the permanent general manager, and he continued that chorus on Monday.

Fans are still early in building our understanding of who Davidson is trying to be as the Blackhawks’ general manager and what that vision is for the future of the organization. But we’re starting to put the puzzle together, and it’s encouraging.

Here’s the video of the Q&A with Davidson, Greenberg and Maciver today: