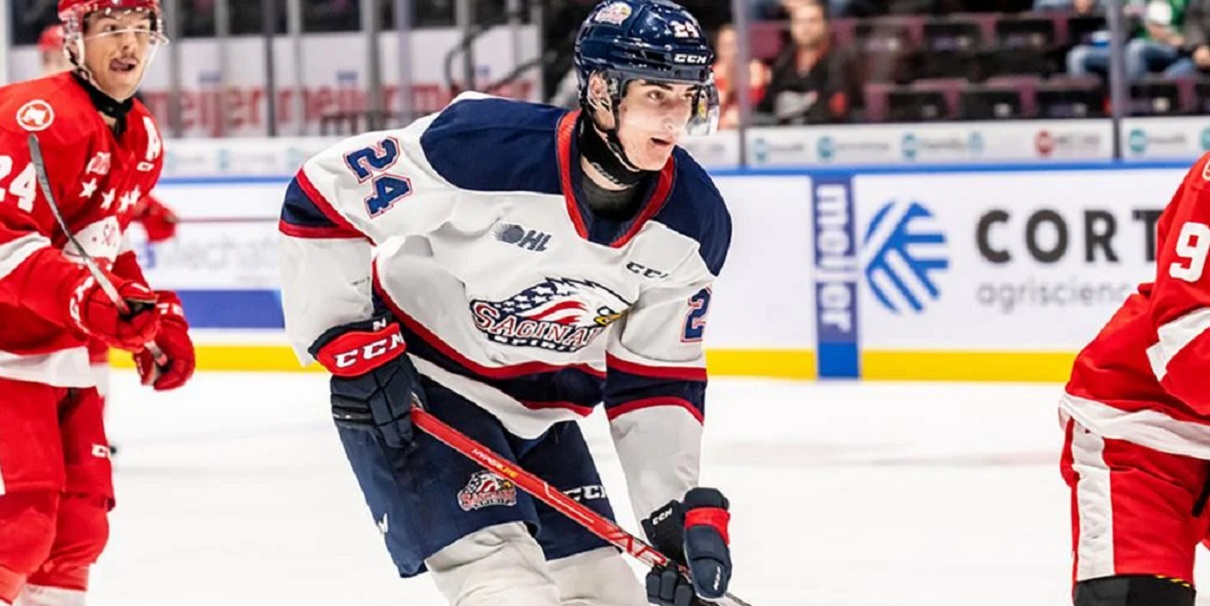 We’re now entering the week of the 2022 NHL Draft. This could be an exceptionally busy week for the Chicago Blackhawks with trade rumors swirling and big names potentially leaving town. Will Chicago trade the rights to Dylan Strome and/or Dominik Kubalik? What’s the future for Alex DeBrincat? And will the Blackhawks work their way back into the first round.

We’ve been getting you ready for the draft with profiles of prospects who might fit the profile the Blackhawks are looking for in the second round for a few weeks. Here are the players we have profiled so far:

Let’s cap the series with one more forward who might interest Kyle Davidson and his front office later this week.

“Sapovaliv’s skill stands out when you watch him. He’s a big man with soft hands who can make a lot of tough plays in small areas to create offense. He can make a lot of creative passes under pressure and from the perimeter. Sapovaliv can score goals but he is a pass-first type of player. He has a big frame, is strong on pucks and can play responsible defense as a center. His main drawback is his skating. I’ve seen worse feet on a big guy, and he shows flashes where he can pull away from guys, but overall lacks quickness you want for the top level. Given he’s not great offensively to go with the feet I can’t stamp him yet as an NHL’er, although I see the potential to become a legit top nine forward.”

“Sapovaliv’s really noticeable on the puck because of his poise in possession and length. He’s never in a rush to get rid of the puck and commonly hangs onto it to make a slow play with a player on his hip, whether spinning off inside the offensive zone, or just holding it off his own hip with his long stick long enough for the player to move off of him so that he can make his play. He shields the puck as well as anyone in the draft and understands how to hold positioning and use his body (even in his upright skating stance) and soft hands to create advantages. He can play on the perimeter a little too much though, always trying to slow the game down and wait for a seam to open up for his standout passing game, and he’s not a dynamic finisher or skater, which makes him less productive than he is attention-grabbing.”

Is Sapovaliv a fit in Chicago?

Yet again we’ve got a red flag on skating from a prospect in the Blackhawks’ draft range. Surprised? You shouldn’t be. Again, this isn’t considered to be a loaded draft with high-end skill. But development is going to be necessary before anyone Chicago selects is (hopefully) ready for the NHL.

But I like where Pronman says “I see the potential to become a legit top nine forward.” When the Blackhawks’ front office talks about developing a style of play, phrasing like “strong on pucks and can play responsible defense as a center” definitely come to mind. And that exact wording is in his profile.

Add 52 points in 68 games with Saginaw in the OHL and this is a player who can be productive. With a solid frame and at least average grades for his hockey sense and compete, this could be a player the Hawks might consider early on the second day of the 2022 NHL Draft.