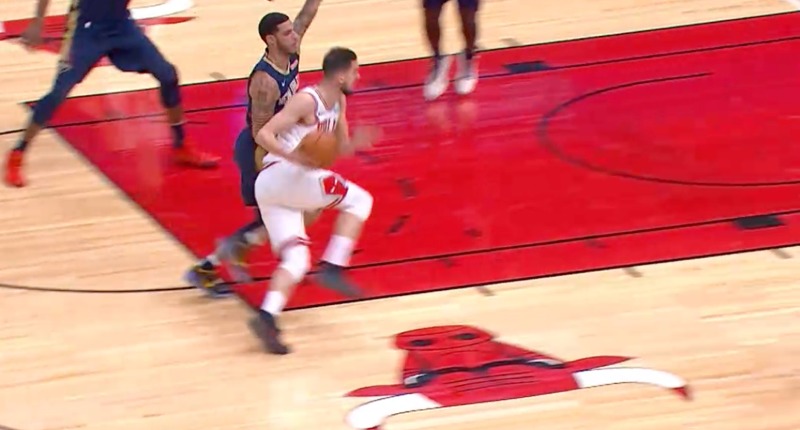 The Chicago Bulls are 0-2 in the preseason thus far, but none of that really matters.

Until the games start falling on the record sheet come Oct. 23rd, the Bulls goal isn’t to win games. Instead, the team can hope only to post performances similar to their effort in the preseason game against the New Orleans Pelicans last night. The offense was clicking, the new talent shined, and the brand of basketball fit this century.

Surprisingly, Jim Boylen said it best before the game yesterday:

Jim Boylen “I do not have a gameplan for tonight’s game. It’s not to disrespect them (Pelicans). It’s just I’m worried about us and what we do.”

All the Bulls need to worry about right now is finding out what works. And if last night was any indication, Tomas Satoransky and Luke Kornet work.

Heading into Training Camp, all eyes were on the point guard competition. The continued praise for Kris Dunn by teammates and coaches started to make it feel like the spot might actually be his for the taking, but after an iffy game-one performance against the Bucks and a quiet showing on Wednesday night, Dunn’s future appears to be on the bench.

Tomas Satoransky had his first starting opportunity against the Pelicans, and he took full advantage. After looking like he was about to blow his chance with the team committing six turnovers in the first four minutes of action (two of which were his), he helped the offense get into a groove. The 27-year-old point guard spaced the floor and was at the helm of a Bulls lineup that helped extend the lead to 91-74 with 5:18 left to go in the third quarter.

I’m not saying this is all Satoransky’s doing; after all, LaVine and Porter had more impressive games. But the Bulls chemistry was a lot better with him on the court, and I think Jim Boylen knows it: “That day’s coming when we’ll shrink this down to what it needs to be,” Boylen told reporters after the game.

Coincidence he said this after Satoransky started? I think not.

The other low-key, but important question to answer during Training Camp: Who will backup Wendell Carter Jr. this season?

Second in command will look to be a pretty important role, when you consider Carter Jr.’s problems in the health department throughout, well, his entire career. Plus, Robin Lopez is a big pair of shoes to fill.

Fortunately, the Bulls grabbed themselves a couple of great options this summer by drafting Daniel Gafford and signing Luke Kornet.

Gafford impressed on night one with his energy and solid defense, but Luke Kornet grabbed even more eyes with a great performance off the bench. Meshing in extremely well with the offense, Kornet went 4-7 with 9 points and 4 assists on the night. He also looked extremely mobile for a seven-footer coming off turf toe. He may not be there defensively yet, but with a seven-foot build, it’s hard not to be a valuable rim-protector.

Kornet also looked polished and confident in his efforts, which might already be enough to earn him the primary backup role. He certainly garners high praise from his head coach and teammates, just check out NBC Sports Chicago’s K.C. Johnson’s latest piece on the big man.

When all is said and done, the Bulls looked better as a basketball team with both Tomas Satoransky and Luke Kornet on the court. In fact, the team’s best scoring offense last night was a lineup that featured both of them alongside Coby White, Zach LaVine, and Lauri Markkanen. In roughly 4:30 mins, the group of players scored 17 points. Not bad, right?

Jim Boylen was pleased with the #Bulls ' play tonight: "I thought at moments we looked like a team — we looked how we want to look."

I’d have to agree, Jimbo. After last night’s optimistic performance, this team’s rotation feels like it’s falling into place.