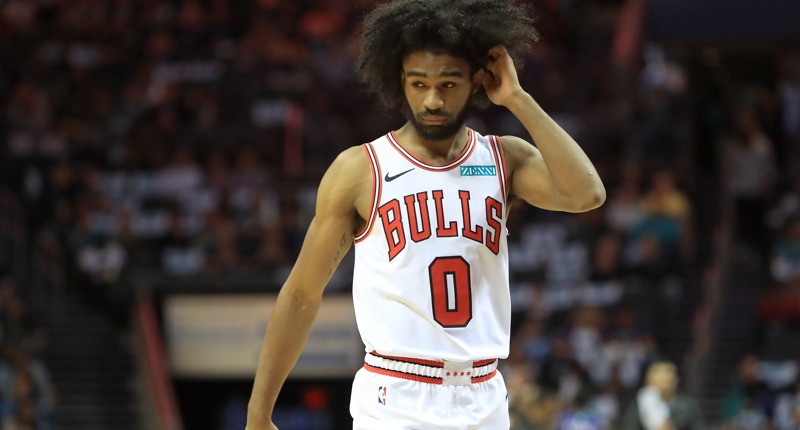 The rookie is averaging 18.2 points per game over the team’s last five outings, and that’s certainly created some buzz. However, two of those performances came on a night when White shot 25 percent or lower from the field. Regardless, the Bulls are allowing White to shoot, and he’s done remarkably well, particularly over his last two performances.

From deep, White is shooting only 31.6 percent on the season, despite shooting a combined 54.2 percent over his last two outings. Remember: he hit seven three’s against the Atlanta Hawks in a historic fourth-quarter performance and carried that momentum into Thursday night’s contest against the Milwaukee Bucks, when he sank six triples and scored 26 points.

No matter the offensive performance though, we all knew White was capable of extraordinary things (you don’t beat out Michael Jordan’s all-time freshman scoring record at UNC if you’re not an elite scorer).

But, when you factor in White’s surprisingly solid defense through 12 games, the Bulls seem to have a seriously exciting player at their disposal and utilizing him fully is crucial. Earlier on, many thought a backcourt with Zach LaVine and Coby White would be a defensive liability. And while I wasn’t 100 percent set on the idea of White as a strong two-way player, I thought he had the right qualities to become one. My biggest concern was his lack of natural length, but his quick feet and basketball IQ were encouraging signs.

Still, I didn’t believe we’d see anything remotely skillful on that end of the floor this quickly. White isn’t being taken advantage of by NBA size, and he’s had the ability to avoid foolish foul calls. In fact, when you compare him to many of his fellow lottery picks from the 2019 Draft, White has been the best defender.

Five Thirty-Eight uses an algorithm to create their own plus-minus of sorts called RAPTOR (you can read more about how they calculate it here). Organize their chart to show only rookies, and White (+0.7) is above Cam Reddish, RJ Barrett, Tyler Herro, Brandon Clarke, De’Andre Hunter, Darius Garland, and Jarrett Culver in defensive RAPTOR.

You can now select for rookies in our RAPTOR NBA player ratings and … hoo boy, rookies are pretty bad in their first 10 NBA games. The ones you might think are doing OK on offense (e.g. Ja Morant) are often disasters on defense, and vice versa. https://t.co/uKS6KENaGJ pic.twitter.com/ml4yOAjTCW

Recommendation: If you want a more detailed breakdown of White’s defense approach, check out The Athletic’s Stephen Noh’s article. Awesome stuff and he gives some video examples.

Overall, White experiences one of the smallest differentials between his offensive and defensive RAPTOR, bringing his total value to -0.1, which is still ahead of all the lottery picks listed previously except Brandon Clarke.

Anyway, all of this recent hoopla has meant more and more people want him in the starting lineup. And I get it – he sinks flashy buckets, he has awesome hair, and he is likely the future of the Bulls. Heck, even CBS Sports put him first on their most recent rookie power rankings, saying “it’s only a matter of time before he forces his way into the starting lineup.”

With that said, White’s time to start for this team is not now. Not yet. Before these previous two games, from October 26th to November 3rd, White failed to score in double-digits and shot only 24 percent. He has yet to prove really any level of consistency, let alone facilitating, that’s necessary for the starting position (which isn’t bad news – he’s a rookie! give him some time – it just doesn’t necessitate a change, either).

In fact, White’s early success could be strongly attributed to his role in the second unit. Like Kris Dunn with his focus on defense, White’s able to check-in off the bench with one thing on his mind – score the basketball. Also, if he’s in the game during crunch-time and practically playing starting-caliber minutes, isn’t that almost the same as being in the starting lineup? I mean, during the last game, he played more minutes than LaVine – than anyone on the Bulls, for that matter.

White will be the starting point guard for this team soon rather than later, we all know that. But the time to throw the rookie into the fire isn’t 12 games in. As far as I’m concerned, he can gladly force himself into the starting five because that means he’s grown more consistent and put up even better numbers.

Just keep doing you, Coby. You’ll get there.