The Debate Rages On: Should the Bulls Finally Start Coby White? Skip to content 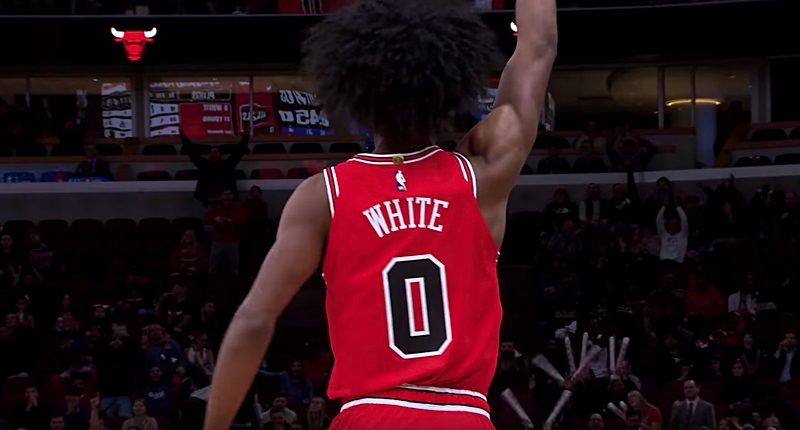 The topic of whether or not to start Coby White has been a touchy one all season long for most Bulls fans, but it’s really picked up here lately with under 30 games to go. To flesh out this discussion further, let me type out my mental dilemma through a self-induced point-counterpoint.

Why the Bulls Should Start Coby White:

Coby White is the only lottery pick from the 2019 NBA Draft not to start a game this season. The NBA isn’t about playing “fair-zies,” but considering the Bulls drafted him to be their point guard of the future, that would be a pretty surprising fact to tell people back in June of 2019.

(Michael: And if you told those same people that the Bulls were well out of playoff position *and* had seven injured players *and* White had just posted 66 points across two games, they’d be even more confused).

Since the season started, it’s been tough to say whether White can fit the traditional point guard role, though he’s recently claimed otherwise. Some have been quick to say he isn’t cut out for the job, but I’d warn against putting labels on a rookie who played the majority of his first season at a mere 19-years-old. Besides, in today’s league, most teams are looking for a natural scorer to run the point. Damian Lillard, Kemba Walker, Trae Young, Kyrie Irving, and several others are viewed more as gifted point-getters than facilitators. No one is saying Coby White will reach the same level as those All-Stars, but why can’t he follow a similar mold?

But I digress – let’s re-focus on the here and now.

The Chicago Bulls are out of the playoff picture (as much as they may want us to think otherwise), which means development of the team’s “young core” has become the main focus of these last 20 or so games. And as frustrating as it is, John Paxson even said the franchise must “evaluate” what it has over the coming weeks. If the goal is for Coby White to be the point guard of the future, isn’t it time to start finding out how he fits with your other supposed starters?

Finding out how (and whether) LaVine and White can coexist sooner rather than later sounds like the smart move. The Bulls could be wasting precious live-game minutes to work on the development of this duo. Yes, the second unit might very well suffer from White’s promotion, but how much does that really matter in this clearly lost season (plus, for what it’s worth, I think an aggressive Sato can help carry the load anyway).

At the end of the day, playing with and against the best players on the floor can be quite positive for a young player’s development. After all, the Bulls gave Lauri Markkanen, Wendell Carter Jr., Chandler Hutchison, and even Daniel Gafford some starts in their rookie campaigns for a reason.

Moreover, a lot of people like to say starting doesn’t matter in today’s league, but I don’t buy it. To an impressionable 20-year-old, a start can go a long way in building confidence and learning what it takes to make it not only at the NBA-level, but among the elite of the elite.

I genuinely thought the Bulls were smart to avoid throwing White into the fire at the beginning of the season, but the stakes are much lower now, and it’s time to give him a test run. Not to mention, over the last two games, he has scored a combined 66 points off the bench, which alone, could be worthy of a first career-start.

The moral of the story: Who are you really hurting by starting White?

Why the Bulls Should NOT Start Coby White:

Everything above is written in the spirit of “confidence” and “development,” in other words, nothing tangible. All we really know right now is that Coby White hasn’t proven to be an efficient and consistently reliable weapon. The fact of the matter is, he’s been a hit or miss sparkplug off the bench all season long, but that’s okay!

I still fully believe in White’s potential development as a starter in this league, and he’s had his fair share of fun/encouraging moments throughout this season.

However, the success that we’ve seen can be directly correlated to his role in this rotation. White doesn’t have the pressure that comes with being a starter, and he also doesn’t have to clash with the scoring ability of Zach LaVine. Instead, he can learn to lead his own group and continue to work at his own pace. I understand that at some point White should be pushed out of his comfort zone and ride with the big boys, but there isn’t a ton of harm in letting him find success off the bench.

Perhaps most importantly, White is receiving starting-caliber minutes over the last several games, anyway. If his hot streak continues, and he’s still on the court for 33+ minutes per game, he’s still getting plenty of action before the offseason hits.

Over the last couple of games, in particular, he’s been able to come off the bench AND play more with Zach LaVine/Tomas Satoransky, so it’s not like he has to officially start for the Bulls to get a look at how he fits with the starters.

Moral of the story: He hasn’t earned it, and he doesn’t need it.

Slightly longer version: While I (personally and as fan) would love to see Coby White start not only because he’s earned it, but also because I think it could have a positive impact on his development … and would be kinda fun, I’m not ready to say it’s *absolutely* necessary.

But it’s only not absolutely necessary if he’s still getting a ton of minutes.

If his minutes begin to drop as healthier players return/the season goes on – and the Bulls are still as far out of playoff contention as we know they will be – then I’ll be back here to lead his starting campaign. For now, maximizing minutes and playing alongside and against the right players is all that matters.