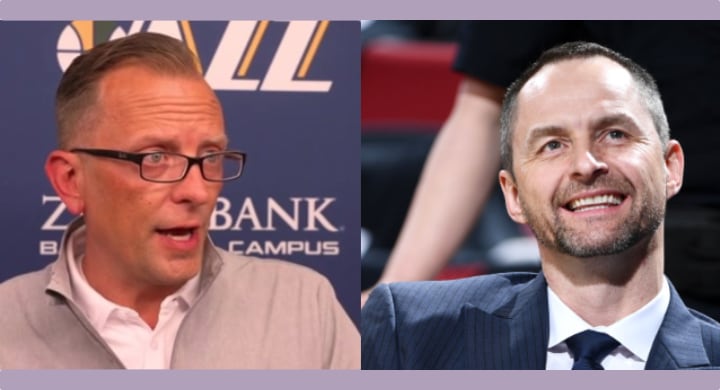 There have been a TON of updates through the day today, including a lot since our last check-point, but I know where to start: The discussion surrounding Nuggets GM Arturas Karnisovas continues to heat up, and it feels like we’re about to reach a boiling point.

Karnisovas finished his first interview with the Chicago Bulls earlier today, but news already dropped last night (and was reiterated this morning by David Kaplan) that he is the Reinsdorf’s leading candidate for the open executive vice president of basketball operations position. And despite a flurry of odd-ball interview announcements earlier this afternoon, ESPN’s Adrian Wojnarowski has confirmed that Karnisovas is the Bulls focus.

Denver Nuggets general manager Arturas Karnisovas has made a strong impression on the Chicago Bulls and emerged as a focus of the franchise’s process to hire a new executive VP of basketball operations, sources tell ESPN.

YOU LOVE TO SEE IT.

Of course, you don’t want to jump the gun when it comes to excitement, but it certainly feels like all signs are pointing toward Karnisovas becoming the Bulls next front office leader – and very soon too. Woj also continues to report that, if hired, Karnisovas will have complete authority to “reshape” the organization and hire a new GM.

But while Karnisovas may be the leader, he’s not the only candidate – and his frontrunner status is FAR from the only news. Let’s jump in.

“What’s important to also note, not all of these interviews have been for the same position, and not all of them were true interviews. There were several names on the list that Reinsdorf simply wanted to check in with, gather some information from, and have a good feel for just in case.”

“The source said that Zanik was also impressive, and with a strong background in player relationships and the NBA cap rules, maybe there’s a scenario where Reinsdorf is looking to hire several executives, handing out like titles to manage different departments.”

"It's clear there is an underline hypocrisy telling us the NBA is diverse, but when an opportunity comes the process isn't. All we want is a chance. As a black man, all we want is a fair opportunity to show we are just as qualified," a black NBA assistant GM said about the Bulls. https://t.co/bsGj703XQK