Karnisovas on His Way to Chicago, Weak Draft Class ... or Not? Getting Markkanen Right, and Other Bulls Bullets Skip to content 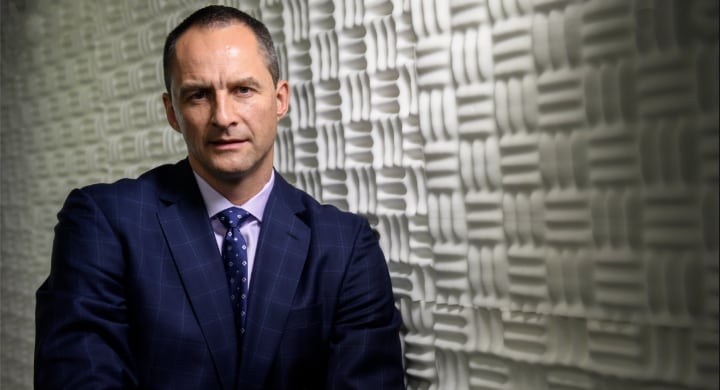 I hit the fairway yesterday and golfed my butt off. It felt so good to get out and do something like that, and the best thing was, I didn’t suck! I’m not a great golfer by any means, but for not swinging a club in almost nine months, it could’ve gone much worse. It’s the little things in life.

•   Folks, Arturas Karnisovas has arrived … maybe. Earlier this morning the Bulls new executive VP of basketball operations spoke with the media about the official end of the team’s 2019-20 campaign. During the interview, he divulged that he is “on the way” to Chicago, but didn’t want to share exactly when he’d step foot onto the Windy City soil. Smart move. I mean, we all know the “Karnuts” (his crazy fans) would be chasing him down the street the moment he got here.

•   On a serious note, I’m happy to hear he’ll finally be able to walk around the Advocate Center. With players able to participate in socially-distanced workouts, he’ll at least be able to be in the same place at the same time with members of his organization for the first time. I have to imagine that’ll feel pretty darn good for someone who’s had to make important decisions from behind a computer screen this whole time. Speaking of which, according to Karnisovas, we shouldn’t expect any more big front office moves any time soon.

•   Also in his interview, Karnisovas expressed excitement for the upcoming NBA Draft, one that is now tentatively set for October 15th.

AK on the draft: I disagree that it's a weak class. I like the players, I like a lot of players in our range. We've done a lot of work studying and that's where a lot of the excitement comes from: interviewing them and looking at the video. We'll add a good player to our roster.

•   If you say so, AK. I’m still pretty darn skeptical of this draft class. As it stands, it’s still hard to see any of the projected lottery picks turning into bonafide stars. With that said, with the right mindset and process, I feel confident Karnisovas can get his hands on the right role player. After all, he’s proven to have a pretty good eye for talent throughout his NBA career. Also, I hope we get a better idea of the players the team has virtually met with soon … I’m ready to do a deep dive into some prospects.

•   Boylen isn’t gone yet, but that doesn’t mean the Bulls don’t have a front-runner to take his place:

76ers’ Assistant Ime Udoka is Reportedly the Front-Runner to Replace Jim Boylen (But an Exhaustive Process This Will Be)https://t.co/b5oJArRdA5

The Bulls' new front-office regime is clearly intentionally committed to getting Lauri Markkanen back on track. Good https://t.co/muWIflnVn6

•   The Bulls NEED to make this a priority. Last offseason we heard plenty about how Markkanen added weight and looked elite, but the season showed otherwise. The Bulls clearly didn’t have a plan for him, nor did Boylen focus enough on building a team/system that worked for him. As one of the key young pieces to this team, whatever system the Bulls decide to run should be centered around Markkanen. Again, Markkanen’s shortcomings are just as much his fault as they are the organization’s, but perhaps a strategic, hyper-focused plan this summer could help boost his confidence heading into a very important Year 4.

•   We’ll talk more about what this all means tomorrow, but feel free to pre-game:

ESPN Sources: Fearful of setbacks in development of young players over months of inactivity, several teams left out of Orlando resumption have proposed ideas to NBA for regional mini-summer leagues, training camps and OTA's. https://t.co/yka9zZAFGI

•   Zach LaVine and Thaddeus Young shared some powerful words yesterday as they spoke out on racial injustice: “I don’t want them [his kids] to have to grow up in fear for their lives,” Young said. “Or have to grow up and understand that they can’t do the same things that other people are doing. That’s one of the toughest things to (have) to tell your kid. You want to give your kid the world. You want to get him to understand that, ‘You can do whatever you want to do, but in these times it’s just not the same. You can’t do everything that somebody else is doing.’ If I want to be specific about it, as a black kid you can’t do everything that a white kid is doing.”

•  For more from Zach LaVine’s interview with the media yesterday where he discussed a wide range of topics, click here.

Seeking to create meaningful change in Chicago, a group of local athletes visited the Austin neighborhood to first listen and learn about the kids' experiences.

It was an eye-opening trip, and the group came away with ideas.https://t.co/avriix6FEZ via @CEmma670 pic.twitter.com/l7rKTH9278