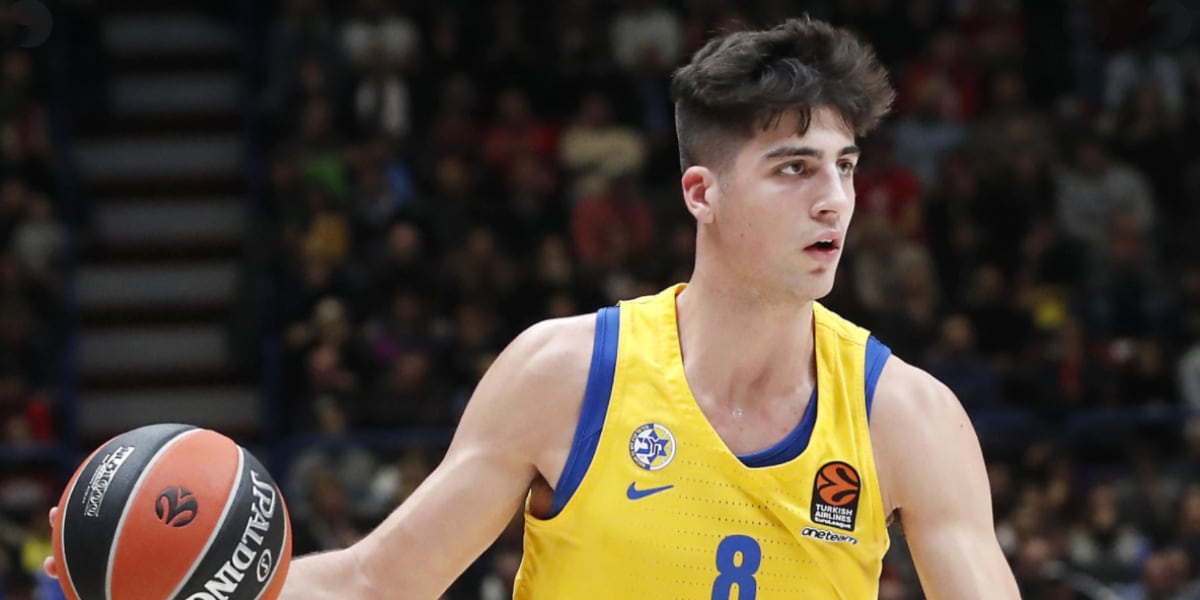 Once the in-market bubble wraps up next week, all eyes will be on the 2020 NBA Draft. Scheduled for November 18th, time is slowly but surely winding down for the Bulls new front office to try to gather intel. Already a somewhat weak draft class, the removal of individual team workouts and the traditional draft combine process due to the ongoing pandemic has made this a very challenging prospect pool to figure out.

I’m sure Arturas Karnisovas and Marc Eversley are thrilled to have the No. 4 pick in the draft – the highest slot for the organization since they selected Derrick Rose in 2008 – but as my man Uncle Ben likes to say, with great power comes great responsibility (yes, I … am … Spider-Man). Whether it be selecting the right player or trading the pick for a worthwhile price, the Bulls new front office leaders will have to ensure draft night goes smoothly. After all, what they do with that pick will be their first major roster move of the new Bulls era.

Again, that means it all goes back to gathering the right information, which hasn’t been an easy process over the last several months. Fortunately, the NBA has figured out a way to run some form of a draft combine. The event is well underway, as athletes have started to receive medical exams, participate in workouts, and hold zoom interviews. Each player involved will also eventually participate in a “pro day” of sorts, where they will run typical combine drills at their nearest NBA market facility, per the league. The footage from these workouts and exercises will then be shared across the NBA. In other words, the Bulls will have some important new material into which they can sink their teeth.

With that said, what’s frustrating is the fact that the draft’s top players have chosen to sit out of the combine process. While this isn’t necessarily unusual, it’s rather annoying when we consider how long it’s been since anyone has seen these guys on the court. For example, James Wiseman hasn’t played since last November, while Anthony Edwards and Obi Toppin haven’t played since March.

The players that could still possibly go in the Bulls range who have participated, thus far, include Deni Avdija, Killian Hayes, Tyrese Haliburton, and Isaac Okoro. LaMelo Ball did include himself in the media interview process but has since removed his name from the combine.

The Bulls may not see players like Edwards, Toppin, Wiseman, and Ball in action, but that doesn’t mean there aren’t conversations going on about/with those players behind the scenes. An organizations job, though, is to consider every option, and despite having the No. 4 pick, the team has reportedly spoken with numerous players across the draft board.

Here are the names we know the Bulls have communicated with:

The only name on that list who could realistically be selected by the Bulls with the No. 4 pick would be Killian Hayes, who has become a fan-favorite in recent months. However, we have to keep in mind that this is not a complete list. Like, not at all. I can take a very educated guess and say the Bulls have spoken with several other players. Not only have many not yet spoken with the media – including those top-prospects who decided not to attend the combine – but it’s quite possible several athletes haven’t been forthcoming about who they have and have not touched base with.

For example, LaMelo Ball literally answered “I don’t know” when asked if he interviewed with the Minnesota Timberwolves (who own of the No. 1 pick). The only team he did answer “yes” when asked if they spoke was the New York Knicks. Two other players to say they haven’t interviewed with the Bulls include Deni Avdija and Tyrese Haliburton. I suppose it’s possible none of these three players have spoken with Karnisovas and Eversley, but I also wouldn’t be surprised if they had. We know Karnisovas likes to keep certain information close to his chest, so perhaps the Bulls organization has asked certain players to keep things quiet. The less teams know about your draft procedures, the less leverage they can have. Not to mention, the easier it is for you to send up smoke screens later on.

If we know anything about the draft, it’s that anything can happen. According to Bleacher Reports Jonathan Wasserman, there is a ton of confusion right now. He reported the other day that some folks around the league think Minnesota could look to trade the No. 1 pick, Edwards may not be worth a top pick, and Wiseman might fall while someone like Haliburton rises. Again, all this goes to show is that nothing about this draft is set in stone right now, which is just another reason for the Bulls front office to (1) evaluate all players and (2) keep their thoughts to themselves.

We know Karnisovas has been no stranger to draft night moves in the past, and I’m sure he wants to keep his options open as he tries to get his Bulls tenure off to a solid start. The next months-plus of draft preparation should be quite the fun ride, and I can’t wait to see where the Bulls name does (or does not) come up.