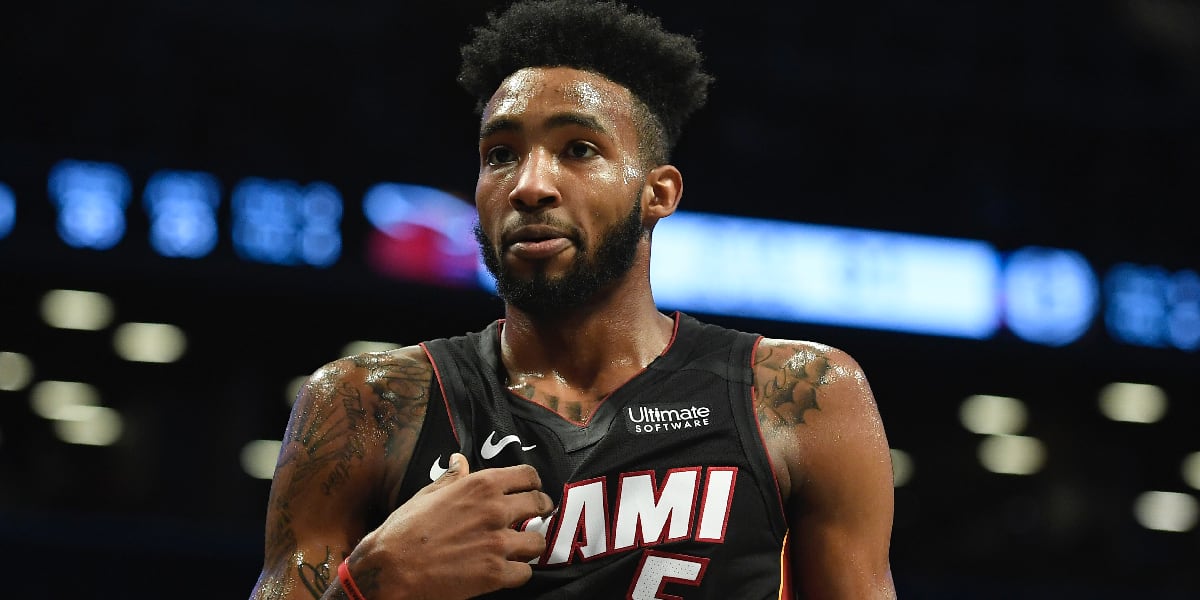 Well whaddya know? Just a couple of hours after writing about why the Bulls should be interested in free agent forward Derrick Jones Jr. … we get a report suggesting exactly that they are.

According to the Miami Herald’s Barry Jackson, Arturas Karnisovas’ new front office has an eye on the 23-year-old free agent forward, Derrick Jones Jr. (emphasis mine):

“Detroit, Chicago and Atlanta are among the teams expected to have interest in Jones, according to a source. He likely will generate some interest on the open market because of his athleticism, defensive acumen, youth (23) and the belief that he hasn’t reached his ceiling offensively.”

Before Jackson’s report on Monday, thanks to The Athletic’s Shams Charania, we knew that the Cavaliers, Hornets, and Hawks could all be in on the Jones sweepstakes, as well. I’d say it’s certainly not surprising that we see the Bulls lumped in with these teams. Jones, a young player who has shown increased improvement over his first couple of years in the league, could be an appropriate fit for one of these rebuilding clubs looking to turn competitive sooner than later.

For a little bit more on why free agent forward Derrick Jones Jr. would make sense for the Chicago Bulls, I’ll drop a chunk from our earlier post.

As an above-average defender and aggressive rim-runner, it’s not hard to see why Jones could be the right fit for this Bulls team. Indeed, he could serve as the rotations new defensive anchor if the team decide not to keep Kris Dunn, after finishing in the 92nd percentile in blocks and the 88th percentile in steals, per Cleaning the Glass. And while he is limited on the offensive end, there is still room for optimism. Jones is a flashy athlete who knows how to get to the rim, and he shot a very solid 52.7 percent from the field this season. Jones also shot 72 percent on shots 10 or less feet from the basket, per NBA.com.

The Bulls may need some better shooters, but they also desperately need someone who can efficiently finish at the hoop (Chicago had the second-worst field go percentage on shots 5ft or less last season). Let’s also keep in mind, it doesn’t hurt that the guy is also only 23-years-old, and he’s shown improvement each season under an increased role.

Anyway, we’ll definitely have to monitor the Bulls connection to Jones over the coming weeks. For more on what we know right now, feel free to give this a read:

Ps: Isn’t so fun to have some free agent news!?