The Chicago Bulls Preseason Schedule Has Been Announced! Skip to content 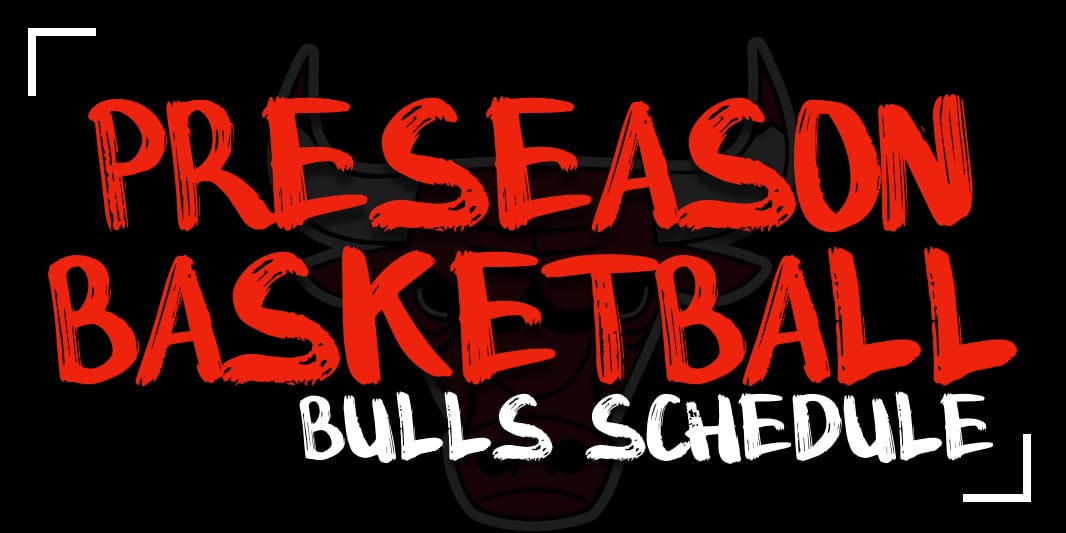 For the first time since March, we finally know when the Chicago Bulls will play their next basketball game. The NBA officially released its preseason schedule on Friday, and the Bulls will be one of the first teams to take the court when they battle the Houston Rockets on December 11th at 7:00 p.m. CT.

Here’s a look at the Bulls full preseason schedule:

But while the Bulls will play four total games, they’ll face only two different teams. Practically speaking, that’s a sensible scheduling decision (less travel, fewer total interactions at a time when COVID-19 cases are still spiking), but in terms of exposure, that leaves much to be desired. In other words, playing four teams one time each would be more strategically beneficial than playing two teams twice each (the greater variety the better). Alas, they’re stuck with the schedule they’ve been given. And it’s not like other teams aren’t facing the same challenges.

And, hey, at least the Bulls lucked-out with their matchups.

Rumors have swirled about the Rockets possibly trading both their star players, but if they are kept in-house, those will be two tough matchups for Donovan and his young squad. And on the other hand, the Thunder have entered full-blown rebuild mode. Donovan can hopefully use these matchups against his former team as a good confidence booster before the season begins.

Regardless, I’m not so sure winning will be the main focus over these four contests. The Bulls have a new coaching staff and will have not played a competitive game in roughly nine months, so simply building up on-court chemistry and figuring out the style of play will be the true goal.

GIVE ME SOME BULLS BASKETBALL, BABY!

Here is a look at the full preseason schedule: