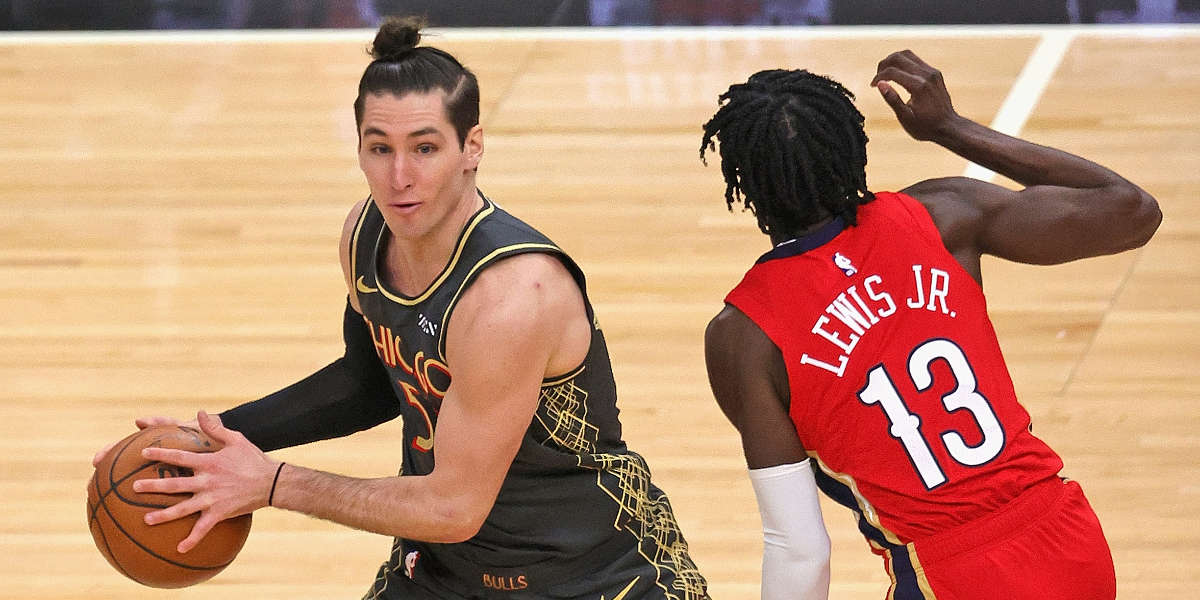 This intro shall be used to wish a very happy birthday to my father (look, I didn’t get him a card, so this has to do, okay?).

While I’m sure it sounds cliche, I would not be who I am today if it weren’t for him (figuratively and literally, I guess). He has taught me how to live life openly, respectfully, and positively. I’ve always appreciated the endless support he has given me in my pursuit to become some kind of sports guy, and I’ll always be inspired by the way he raised our family. Love ya, dad.

All right, enough of the sappy crap, let’s write about THE SPORTZ. ARGGHHH!!

•   The NBA announced All-Star starters last night, and Zach LaVine failed to make the cut. However, please, give it one more week before you start to sharpen the pitchforks, light the torches, and throw darts at a picture of Adam Silver. The absence of LaVine in the starting five was an obvious outcome. With fan vote playing a critical role in deciding starting guards, it is no surprise that Bradley Beal and Kyrie Irving – who sat No. 1 and No. 2 in fan voting, respectively – both earned the nod. LaVine’s fate was always going to be in the hands of the 30 NBA coaches who will pick the reserves next week. Where LaVine stands in their eyes is hard to say, but I think it’s at least a somewhat encouraging sign that his new perception around the league was good enough to earn him a 3rd-place ranking from his fellow players.

•   In other voting news, Ryan Arcidiacono received two All-Star votes because why the hell not.

Yes, teammates can, and often do, vote for each other. https://t.co/7DnwpR6hgH

•   If we’re being serious here, Thaddeus Young deserved to be second on the team in votes. No, I’m not saying he actually deserved to be in the All-Star conversation, but if the players are going to be silly and vote for their teammates, they should at least vote for the teammate who their actual All-Star teammate said is the MVP.

•   If The Ringer’s Paolo Uggetti and Dan Devine are ever in town, I’ll buy them a beer. Both picked LaVine to make their Eastern Conference All-Star roster as a reserve, and both offered their own compelling reasons why.

Zach LaVine has been working toward this season his entire career.@PaoloUggetti: https://t.co/g0RzHgu218

•   I know that the bulk of LaVine’s All-Star case centers around his shooting numbers, but I think what Devine wrote perfectly sums up why that is more than acceptable in this case: “Right now, there’s maybe a handful of players on Earth capable of putting the ball in the basket as well as Zach LaVine can. They’re all going to be at the All-Star Game. He should join them.” Simple as that. LaVine’s strides as a playmaker and defender should just be icing on the cake for his All-Star qualification. Most players would tell you that today’s NBA is a make or miss league, and barely anyone is better at doing the former this season than LaVine.

•   Seriously, as LaVine continues to post stellar performance after stellar performance, I find it almost impossible to find a strong enough case not to name him to the roster. If he is snubbed, chances are the reasoning will fall back on the Bulls 12-15 record, but I think that excuse is as flimsy as it has ever been. The Bulls record is good enough to have them sitting 9th in the East and, thus, legitimately in the playoff picture. In fact, thanks to a chunk of lackluster teams, they are only one game back from being 6th in the conference. Other players who are being talked about as potential All-Stars like Trae Young, Bam Adebayo, Bradley Beal, Russell Westbrook, Nikola Vucevic, and Jerami Grant are all teams with worse records. If ANY of those players get in over LaVine … I’m going to throw a fit.

•   The Bulls will take the national stage tonight for a battle with the first-place 76ers on ESPN at 6:30 p.m. CT. Ben Simmons is another guard in the running for an All-Star reserve slot, and he is also arguably the league’s best defender this season. The fight between him and LaVine will be must-watch TV.

•   With that said, my confidence in the Bulls ability to win this game is … well … low. Not only is Ben Simmons having a DPOY-caliber season, but Joel Embiid might be the front-runner for MVP. The big man looks the healthiest and most confident he has even been, averaging 29.7 points, 10.8 rebounds, and 3.1 assists per game. He is also shooting 54.0 percent from the field and 39.7 percent from behind the arc. Wendell Carter Jr has looked good in his first couple of games back from injury, but good enough to give Embiid a hard time? If the Bulls want literally any chance of winning, Carter Jr. will probably have to have his best defensive game of the season (or maybe … career?).

With the #Bulls taking on the 76ers tonight, here's a fun fact: Joel Embiid and Wendell Carter Jr have only played one game against each other…Carter's NBA debut (the curse of injury-prone centers).

•   NBC Sports Chicago’s K.C. Johnson answers an important question about the Bulls other frontcourt starter in his latest mailbag.

Enjoyed the last two questions in particular. Thanks for engaging.