A little under one month since the Chicago Bulls suffered their first loss of the season against the New York Knicks, they got their revenge. No, I wouldn’t call it pretty, but it rarely is in this rival.

The Knicks brought that same bruising physical play that challenged the Bulls in their first meeting. However, this time around, it proved that much more frustrating without the presence of frontcourt starters Nikola Vucevic and Patrick Williams. Every single possession felt like it came tied to a whistle. Lonzo Ball, Alex Caruso, and Javonte Green all found themselves in foul trouble as they tried to keep the Knicks’ bigger bodies out of the paint. This led to New York doubling Chicago’s free-throw attempts by the third quarter, helping them grab their largest lead (6 points).

Fortunately, however, the Bulls continued to look like the league-best 4th quarter team they are while DeMar DeRozan continued to look like the early-season MVP candidate he is. Chicago outscored New York 37-29 in the final frame as they tightened up things on defense and shared the ball on offense. Coby White was the biggest beneficiary of that ball movement, scoring 10 of his 14 points in the final frame behind three massive shots from downtown. As for DeRozan, he added 8 points to the box score, finishing the night with his sixth 30-point game of the season.

The Bulls now move to the top spot in the Eastern Conference with a record of 12-5 (yes, that’s a real sentence I get to type). I have plenty of more thoughts on what went down, but I’ll save it for later. It’s been a long week of Bulls action, and I think I need to catch up on some sleep before I tear the Knicks to shreds too much. Until tomorrow! 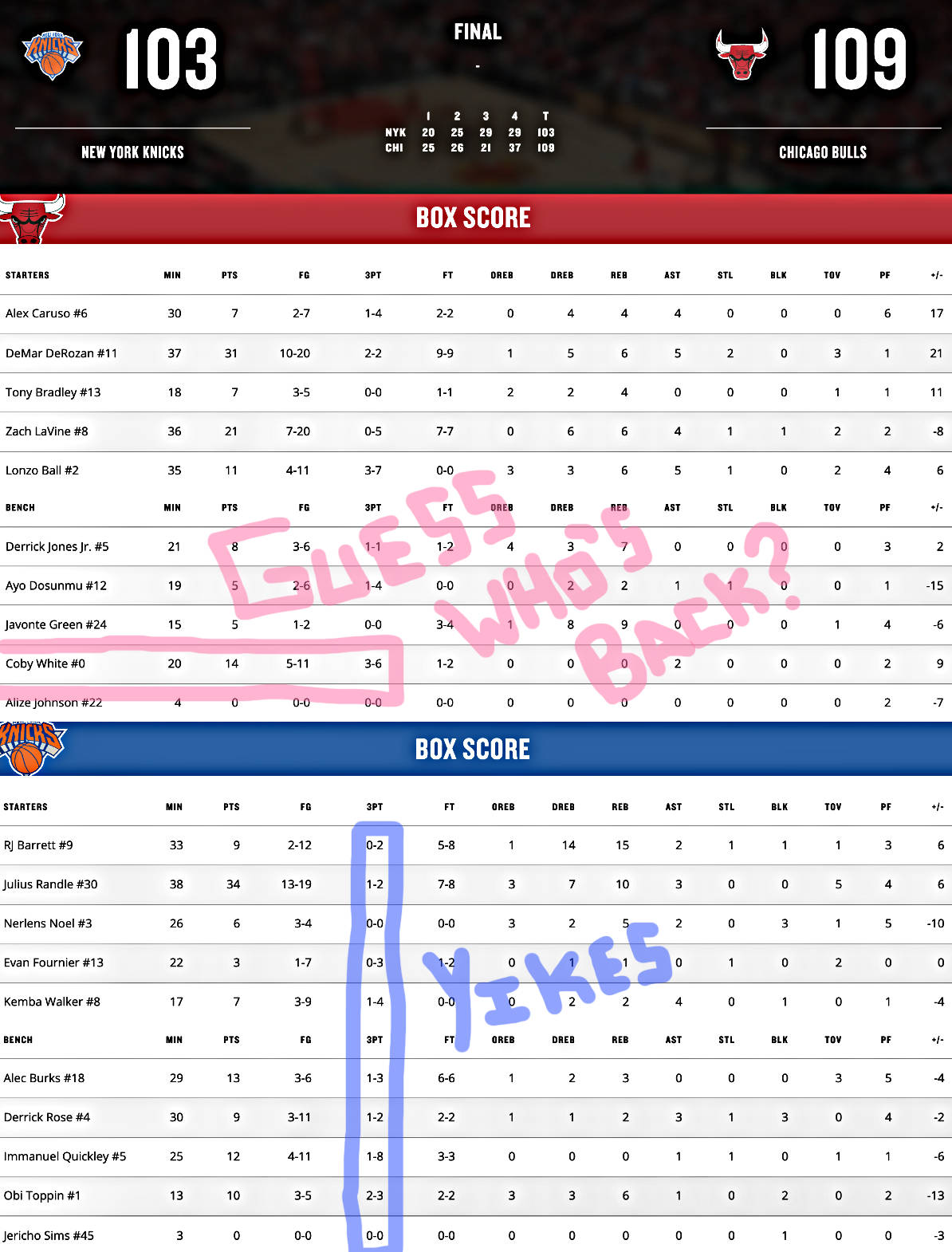