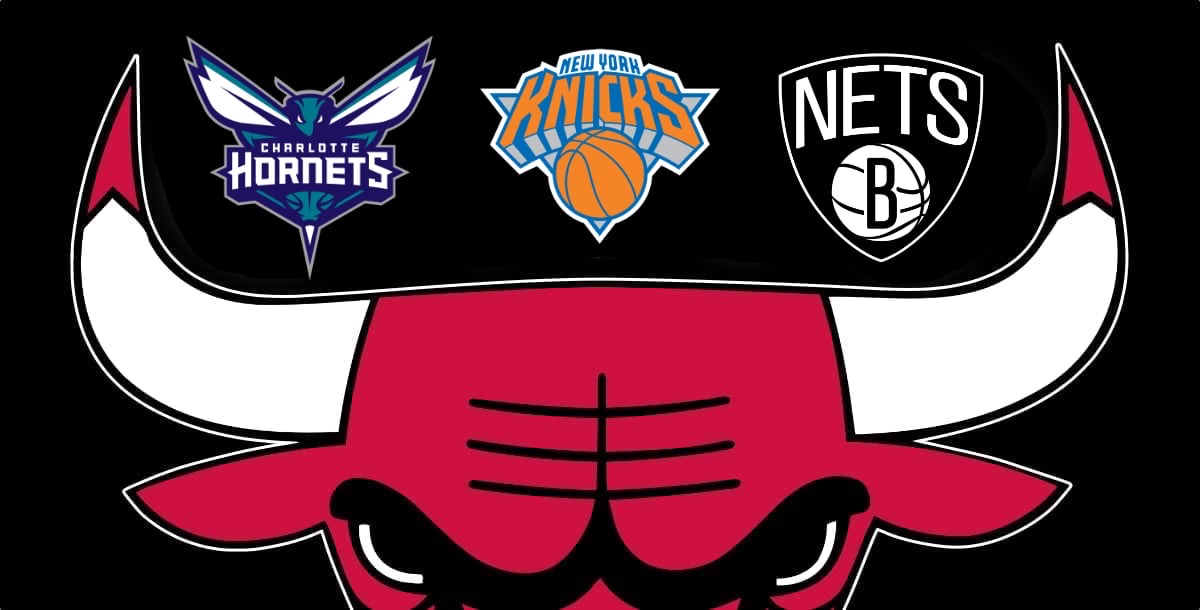 Thanks to a blowout loss to the Indiana Pacers, a major flop against the Houston Rockets, and a close loss to the Miami Heat, the Bulls are coming off a rather disappointing 1-3 stretch. A bounceback week is needed, and while the competition over the next few games only gets tougher, the Bulls should have the necessary rest to get their legs back under them.

Bulls got an important week, but at least they get much-needed rest.

Before this, Bulls played 7 games in 10 days, which included two back-to-backs. Frontend of that stretch was also the end of West road trip. Schedule has surely been tiresome.

Bulls: We said it before his return, and we’re saying it after: the Chicago Bulls need some Coby White. While the sparkplug scorer deserves more than eight games to work his way back from a torn labrum, there is no denying the Bulls need what we know White can offer. The team not only continued to have one of the lowest-scoring bench units in the league, but their halfcourt offense continues to struggle mightily against formidable defenses. White’s shooting and microwave scoring ability can help alleviate some of the burdens on Zach LaVine and DeMar DeRozan while also making up for some of Nikola Vucevic’s own struggles. Off the bench, specifically, he can help the second unit space the floor and provide more options than simply, “let DeRozan go ISO mode.” Again, he deserves more time to get fully comfortable, but he also needs to start showing more consistent progress.

Hornets: LaMelo Ball is a must-watch, and that goes without saying. The reigning Rookie of the Year has only looked better this season, helping lead the Hornets off to a 13-9 start while also averaging an extremely well-balanced 19.4 points, 8.0 assists, 7.9 rebounds, and 1.9 steals per game. Charlotte often goes as far as LaMelo takes them, and a matchup between him and his older brother should be one of the more entertaining events in the NBA this week. With that said, the Bulls also have to keep an eye on the Most Improved front-runner, Miles Bridges. The 23-year-old has burst onto the scene this season, averaging a career-high 20.3 points per game with 7.4 rebounds a night. He plays a physical style of basketball, knows how to fight his way to the free-throw line, and has a knack for making the highlight play. Keeping Bridges in check is key to keeping the Hornets out of the win column.

Knicks: We meet again! After dropping the first contest of the season against New York, the Bulls were able to bounce back on November 21st with a 109-103 victory at the United Center. The team did a much better job combatting the Knicks’ size advantage, evening the rebounding battle and holding New York to just a 41.8 percent performance from the field. Julius Randle still had himself a day with a game-high 34 points, but Chicago did a could job cutting off all other options, holding the Knicks’ four other starters under double-digits. The Knicks have been forced to make some lineup changes due to their struggling offense, but the method to beating them remains the same for the Bulls: Make Randle’s life as difficult as possible by refusing to let his teammates get in a groove. Oh, and rebound!

Nets: When the Bulls handed the Brooklyn Nets a 118-95 loss on November 8th, outscoring them 42-17 in the 4th quarter, the league was officially on notice. No question it was one of Chicago’s more impressive wins of the season, especially considering they held James Harden to a mortal 14 points and 5 assists. The question now is … can they do it again? Brooklyn has won seven of nine since their first meeting with Chicago, averaging the most points in the league over that span. Harden’s improved shotmaking has been a reason why, but the more consistent play of Patty Mills has also been key (18.4 ppg over the last 5 games). In general, even with the news of sharpshooter Joe Harris hitting the injury report, the Bulls will be facing a much more comfortable Nets team this weekend.

Last Week’s Question: When Vucevic returns, will we continue to see Derrick Jones Jr. handle small-ball minutes at the five?

With Vucevic back, head coach Billy Donovan has opted to play aggressively small in the second unit with Derrick Jones Jr. and Javonte Green handling frontcourt duties. Of course, this decision has left big man Tony Bradley on the outside looking in, but it’s fair to question how long that might last. The Bulls can likely get away with a full-blown small ball against the Hornets and Nets this week, but the Knicks offer a different kind of challenge that might call for Bradley’s wider frame.

This Week’s Question: A week full of playoff-level Eastern Conference opponents, do the Bulls look like the 5th seed in the conference?