Bulls Among NBA's Biggest Turnarounds, Taking Care of the Pelicans, End of Year Awards, and Other Bulls Bullets Skip to content 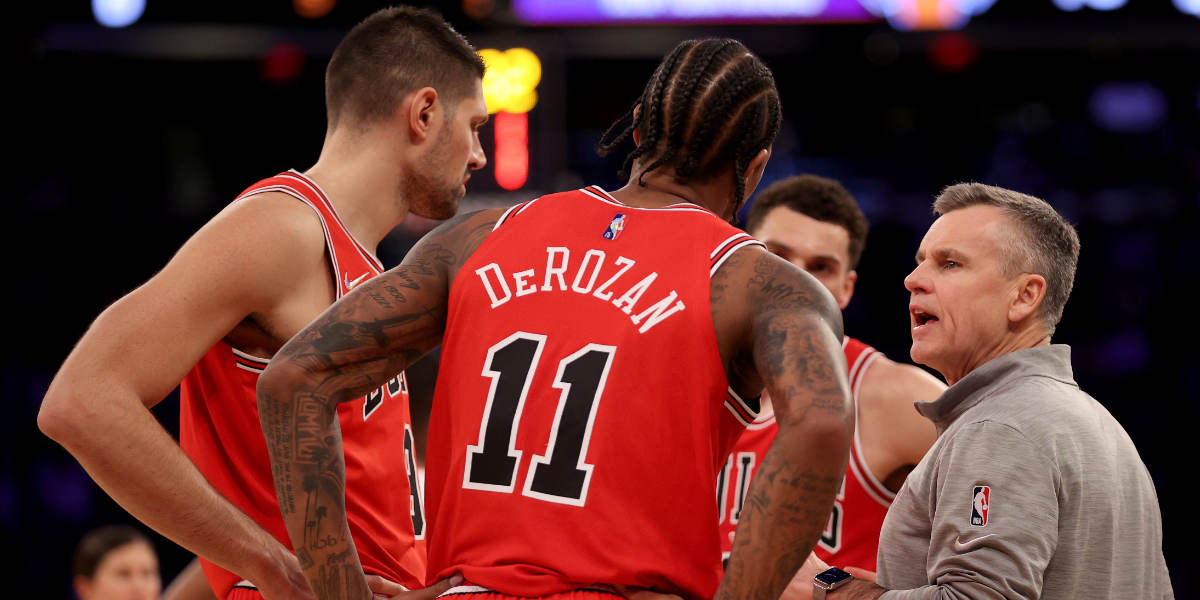 There are mundane times in life where I wish I could press fast forward.

Every last one of these final games could hold significant weight in determining the team’s first-round series. Not to mention, with still only 2.0 games separating them from the No. 7 seed, a catastrophic tumble to the Play-in Tournament is not out of the question.

So, unfortunately, I’ll have to anxiously take in all the action in real-time … and it starts tonight in New Orleans.

•   While the Chicago Bulls have struggled mightily to beat teams that sit above them in the league standings, they have been one of the best bum-slayers in the league. The team’s next five games will come against squads that hold a worse record than they do, with the first four coming on the road. Playing their best basketball in an opposing arena has not been the Bulls’ strong suit this season, and we talked about as much earlier today. However, tonight they will be playing a team that sits just 16-20 on their home floor and has lost six of their last nine games. The New Orleans Pelicans have also allowed opponents to score the 8th-most points per game over this stretch, a fact that should have the Bulls’ offense salivating.

•   But make no mistake: This is not the same Pelicans team the Bulls beat in their home-opener. New Orleans added veteran guard CJ McCollum at this season’s trade deadline, and he’s done nothing but thrive in his new environment, scoring 26.1 points per game to go along with 6.7 assists and 5.0 rebounds. Meanwhile, big man Jonas Valanciunas has continued to look like an extremely solid offseason pick-up, averaging the 6th-most rebounds per game and shooting a career-high from downtown. Throw in rookie defensive-stud Herb Jones and some breakout play from third-year big man Jaxson Hayes, and the Pelicans have the talent to give good teams a scare.

•   The good news for the Bulls is they shouldn’t have to deal with All-Star Brandon Ingram. Sitting out of the last eight games with a hamstring injury, the Pelicans continue to list Ingram as doubtful on the injury report. As good as McCollum has been in his return, Ingram is the kind of lengthy and athletic wing that would present the most concerning matchup for this Bulls team.

•   One player that should come off the injury report tonight, though, is Larry Nance Jr. Acquired as part of the McCollum trade, Nance has yet to make his Pelicans debut due to a knee injury. One has to imagine he’ll be on some kind of minutes restriction tonight, but those minutes could be all he needs to give the Bulls fits. He had a season-high 16 points with 9 rebounds in his November matchup with this Chicago frontcourt while in Portland. A springy big man who can stretch the floor, he’s a strong two-way role player who the Bulls must play physically. Fortunately, I think Patrick Williams is capable of doing just that, so I’d feel a bit more concerned about Nance’s potential contributions if Williams wasn’t back in the rotation.

Willie Green says Larry Nance should be able to go tomorrow and make his Pels debut.

•   As for the Bulls, we’re still waiting to hear whether their leading scorer will take the floor. DeRozan is reportedly dealing with an adductor strain from his Tuesday against the Bucks.

•   See, this is why I have yet to jump ship on this Bulls season! Chicago simply wasn’t going to go from worst to first in a single season, but they have made one of the biggest leaps in the NBA this year. Only four teams have a greater discrepancy between their 2020-21 win percentage and their 2021-22 win percentage. The Bulls have already surpassed last season’s win total by 11 games, and they have clinched their first winning campaign since the 2015-16 season. If the goal was to get better and play winning basketball, the goal has been accomplished. And now that the Bulls can check that off the list, the organization can set its sights even higher.

Who Got Better vs. Who Got Worse. What Jumps Out? pic.twitter.com/xnM2WKa1Y9

•   The chart above should also be a great indication of which franchises might take home an end-of-season award. Guys like J.B. Bickerstaff, Billy Donovan, and Taylor Jenkins will quickly come to mind when it’s time to vote for the NBA’s Coach of the Year. The same can be said about the Cavs’ Kolby Altman and the Bulls’ Arturas Karnisovas, who are two front-office leaders that completely re-invented their roster in recent seasons to claim rapid success.

•   My gut tells me the Bulls will take home at least one of these two awards, and I think I’m currently leaning toward the Executive of the Year trophy. While I want Donovan to be recognized for his ability to immediately blend this group together, the recency bias of these final few weeks could work against him. As for Karnisovas, I think the DeMar DeRozan signing alone will keep him at the top of mind. Then, as voters dive a bit deeper into what else he’s done, the snatching of Alex Caruso and the drafting of Ayo Dosunmu are sure to stand out. The time it took him to build a competitive team feels a bit unmatched in the current field, and I hope that’s enough to earn him the recognition he deserves.

•   Looks like the Brooklyn Nets will have their dynamic duo in time for the playoffs.

Kyrie Irving is eligible to make his home debut at Barclays Center on Sunday vs. the Charlotte Hornets, sources tell @TheAthletic @Stadium. New NYC exemption for in-town athletes and performers will be effective immediately beginning Thursday.

LOL: Have You Seen the Ridiculous Patrick Kane Interview Yet?

Davidson v. Dubas in an imaginary fight?
Who's Leaving first, Kane or Toews?
Wayne Gretzky *and* Will Arnett?!https://t.co/5Zmcg15vNY pic.twitter.com/WdAHmq3qjI