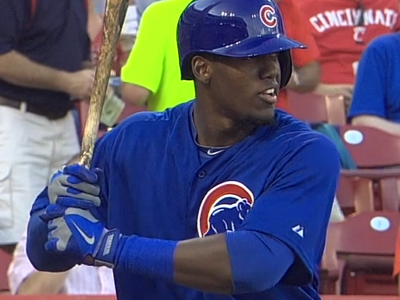 If you’re in the Des Moines area, or if you were planning on going to an Iowa Cubs game early in the season, Luke and I will be at the games on Saturday, April 18 and Sunday, April 19. It’s my first trip to Principal Park, and I’m extremely excited. The game on the 18th is a night game, so I reckon we’ll have a get-together before the game at a local watering hole, if you want to stop by and say hello. We’ll have more details as the date approaches.

What's more awesome: the cake or the guns?

Either way, a happy 23rd birthday to Jorge Soler. pic.twitter.com/Po2GVgQHKj

Find out what these are for and more, in our promo schedule announcement #MBpelicans http://t.co/jCzbBzcIiS pic.twitter.com/qtbrcjc3ic