Yu Darvish Threw "The Supreme" in His Intrasquad Start, is Now Up to 11 (LOL) Pitches Skip to content 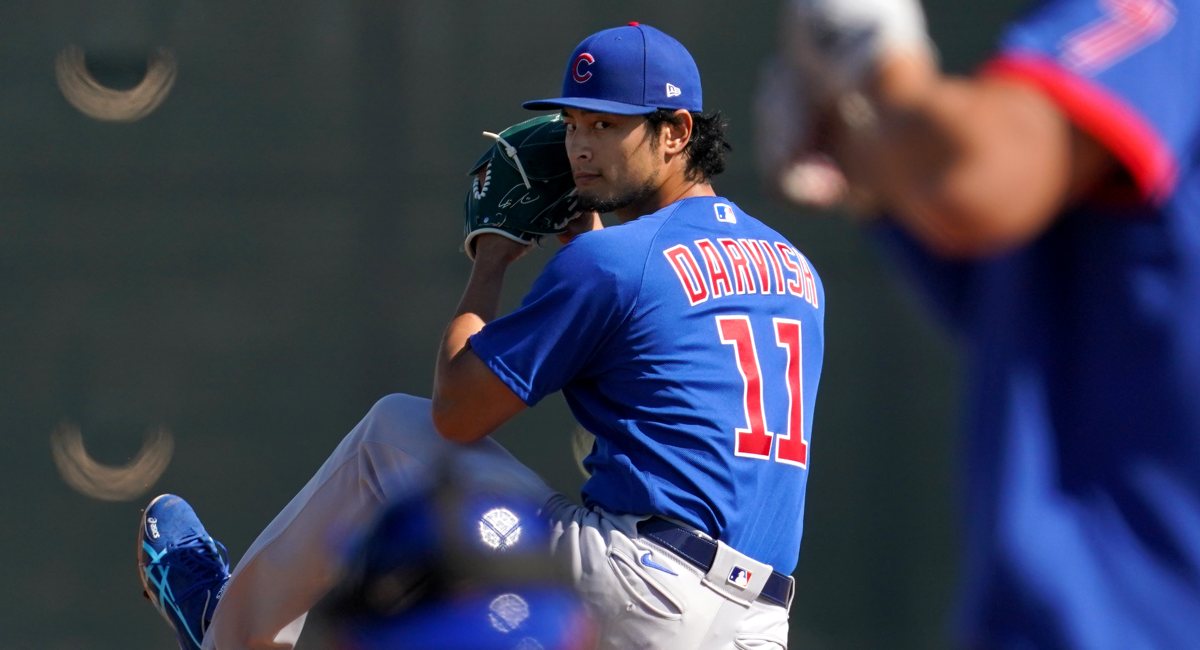 Not only did Yu Darvish use his time away from organized baseball to keep blowing up on social media and YouTube, and not only did he keep his arm so fresh that he’s already out there throwing 97 mph, but he also crafted himself a new pitch: a hybrid two-seamer and splitter, with the movement and fade of a great splitter, but coming in quite a bit faster (around 93 mph).

The pitch lives somewhere between the two-seamer and splitter in both velocity and arm-side run/fade, so it’s another pitch that can pair with each of those, depending on the situation. Imagine being a batter who initially diagnoses the type of pitch that’s coming, and yet it might be 97 mph with a little lateral run, or it might be 93 mph with run and fade, or it might be 90 mph with sharp downward fade. All three starting on the same plane, but then three different velocities and shapes. Brutal.

More than just playing around with the pitch over the shutdown, Darvish actually honed it into a useable pitch – which he named The Supreme – and then he busted it out against his teammates:

After adding a knuckle curve last year (learned from Craig Kimbrel in a single week, and it was freaking dominant), Darvish was up to 10 useable pitches: four-seamer, two-seamer, slider, cutter, hard cutter, curveball, knuckle curve, eephus, splitter, and changeup. Throw in The Supreme, and it’ s a cool 11.

While it might sound gimmicky for a pitcher to have “11 pitches” when most starters are out there with three to five, you have to understand that most pitchers would LOVE to have as many pitches as possible at their disposal. That’s not only for the obvious and immediate reasons (keeping hitters off balance, changing sequences on them constantly), but also for certain realities on a day-to-day basis: a pitcher might have a ton of pitches in his repertoire, but he might not be able to consistently execute them all over the course of a full season. Indeed, it’s possible that some days pitches one through four are really working, and pitches five through eight just aren’t there. Having 11 pitches doesn’t mean Darvish is going to bust them all out in every start. They are tools in the toolbox that will theoretically be available to him, perhaps within an individual game, or perhaps over the course of a season as things evolve.

Here’s a look at how The Supreme moves, from earlier in the offseason:

Yu Darvish, Number 11. His uniform, and his pitches.