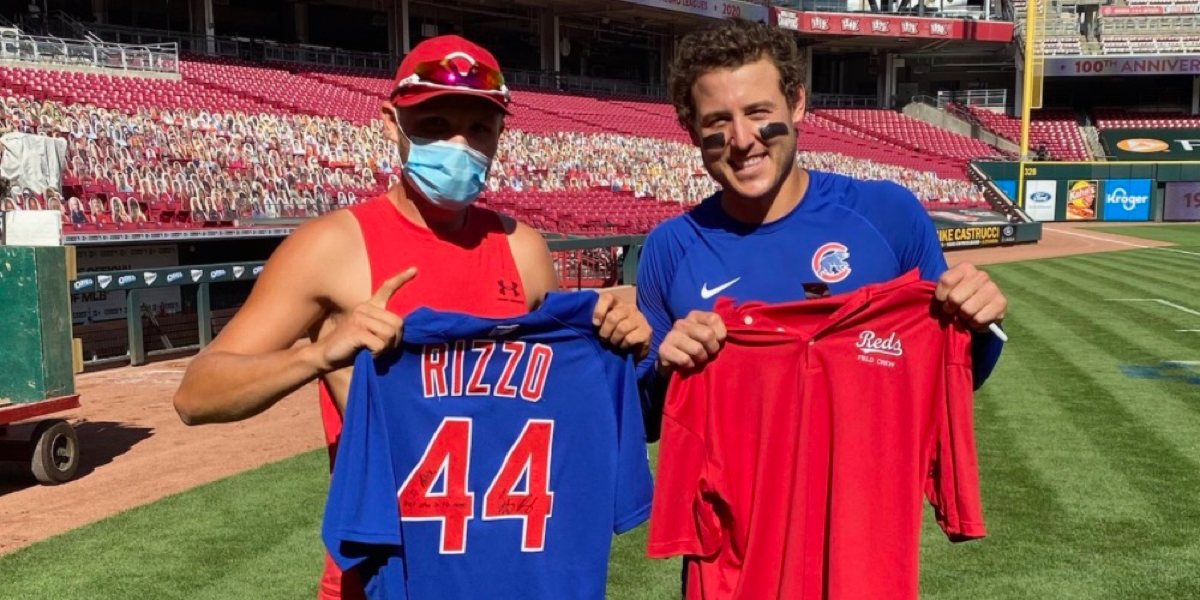 Hey, the Cincinnati Reds might not much enjoy Anthony Rizzo and the Chicago Cubs right now, but at least some members of the Reds organization do.

Need something to pick you up a bit today? How about a story that has the Cubs and Anthony Rizzo having fun with the Cincinnati Reds grounds crew, including a jersey-for-polo swap?

I think you’ll really enjoy this:

"Are you guys always this loud and this funny? Everybody in our dugout thinks it’s hilarious." How the #Reds' grounds crew became a crowd favorite for players and why Anthony Rizzo did a jersey exchange for a grounds crew polo. https://t.co/XQHmKuDoWK

You’ve gotta love guys out there knowing that it’s still supposed to be fun. Yeah, you want to stay focused and perform and win games, but why can’t you also be silly and lift each other up?

I particularly enjoyed this bit from the Cincinnati.com piece:

“We’re just yelling a lot of random stuff to Rizzo just trying to make him laugh,” Polnow said. “Not even anything baseball-related. Two guys on our grounds crew were having a debate on what was better, Nintendo 64 or GameCube. We were all talking about it during the game. We yelled out to him asking him for his opinion. He held up a one or a two with which one he liked better.”

Rizzo liked to mess around with the grounds crew, too. When the crew was preparing to drag the infield between innings last Friday, Rizzo took the second base bag and brought it with him to the dugout.

“He almost acts like he’s a college kid with the way he talks, which is fun, because we have a lot of young guys on our grounds crew,” said Polnow, who went to Iowa State for turf management. “We were yelling a bunch of stuff to him. He came over and he was like, ‘Are you guys always this loud and this funny? Everybody in our dugout thinks it’s hilarious all the stuff you guys are saying.’”

Insert joke about Anthony Rizzo still being able to steal second base.

As for the jersey-polo swap, it started as a joke shouted down to Rizzo back in July, but when the Cubs came back to Cincinnati this past weekend, Rizzo brought it back up – so they made the swap happen: