The Best Time to Check the Cubs Playoff Odds Is Right After Sweeping the Padres, So ...
Search
Skip to content

Before the start of the 2021 season, FanGraphs had the Chicago Cubs chances of making the playoffs at just 22.9%, with less than a 20% chance of winning their division for the second straight year. That felt a little low, simply because the NL Central doesn’t/didn’t have a powerhouse team, but it wasn’t entirely unfair given how many questions this team faced at the time. And given the apparent strength in the NL West, a Wild Card slot also felt (and frankly, still does feel) very unlikely.

On May 2nd, when the Cubs fell to a season-low four games below .500, FanGraphs had their odds of making the playoffs at a paltry 9.8% (6.0% to win the NL Central), behind the Brewers, Cardinals, and Reds in that order. But then something funny happened. The Cubs won five games in a row, including three straight against the Dodgers, en route to a 19-8 month of May. And here, on June 3rd, a day after sweeping the San Diego Padres at Wrigley Field, the first place Chicago Cubs odds of reaching the playoffs are looking a HECK of a lot better.

No, they’re still not technically the top-dog in the NL Central, but they’ve 6x their odds of winning the division since early May and they’re nearing a coin flip for sneaking into the postseason one way or another. And that’s using the preseason FanGraphs projection model.

If, instead, we toggle the model to forecast playoff odds on “season-to-date” stats, which help take into account, for example, things like Kris Bryant returning to form (and then some), the bullpen’s utter dominance, and some other key breakout/bounce-back performances … well, things are that much better:

That would be a 55.5% chance of winning the NL Central for the fourth time since 2016 and a 64.4% chance of making it into the postseason. It also puts the Cubs back at a 90+ win pace overall (right now they’re technically on a 94-win pace, but the schedule isn’t evenly distributed, so that’s not a fair expectation). Either way, it doesn’t seem like it’ll require much more than 87-90 wins to take the NL Central this year, so the Cubs are right on track to defend their crown.

And it’s not just FanGraphs. 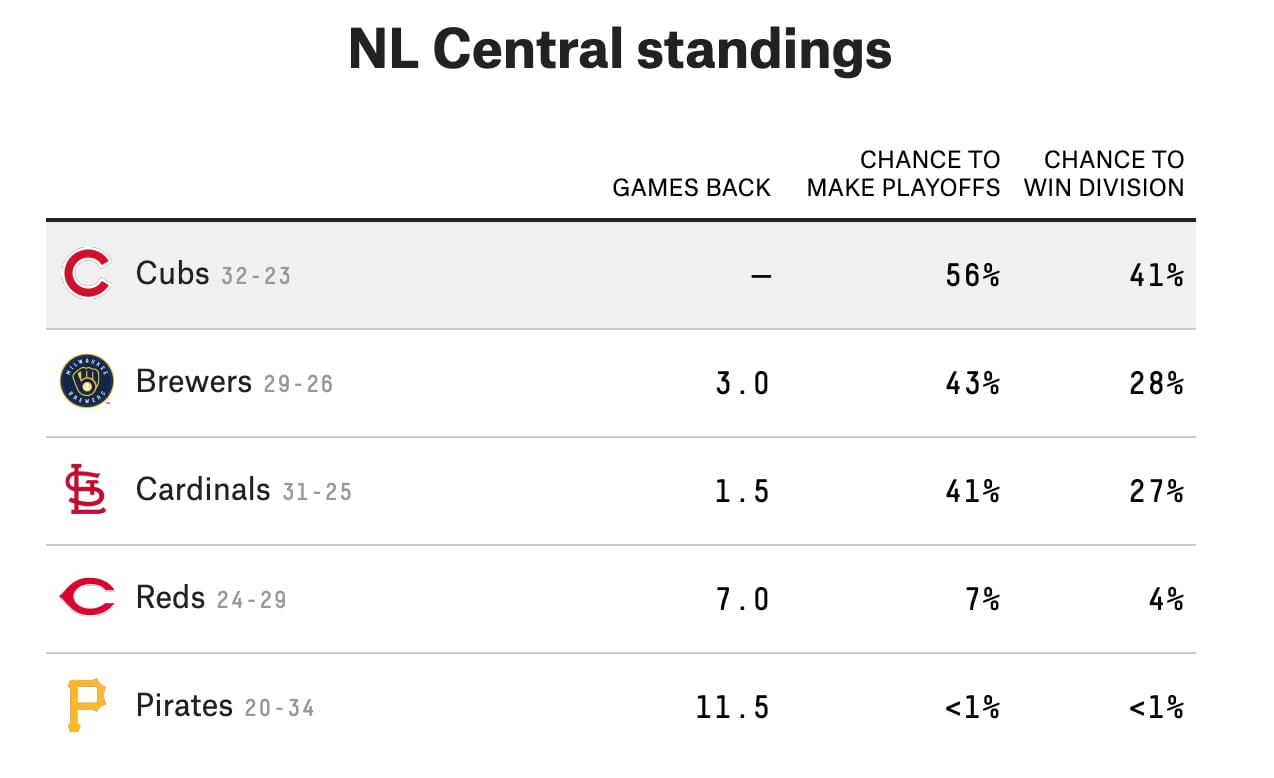 And don’t forget about PECOTA!

This projection model has the Cubs nipping at the heels of the Brewers, separating the rivals by one game at the end of the season. That brings the Cubs overall playoff odds up to 62.0% with their chances of defending their NL Central crown up to 37.7%.

I also enjoy this visual of the relative expected outcomes in the NL Central: 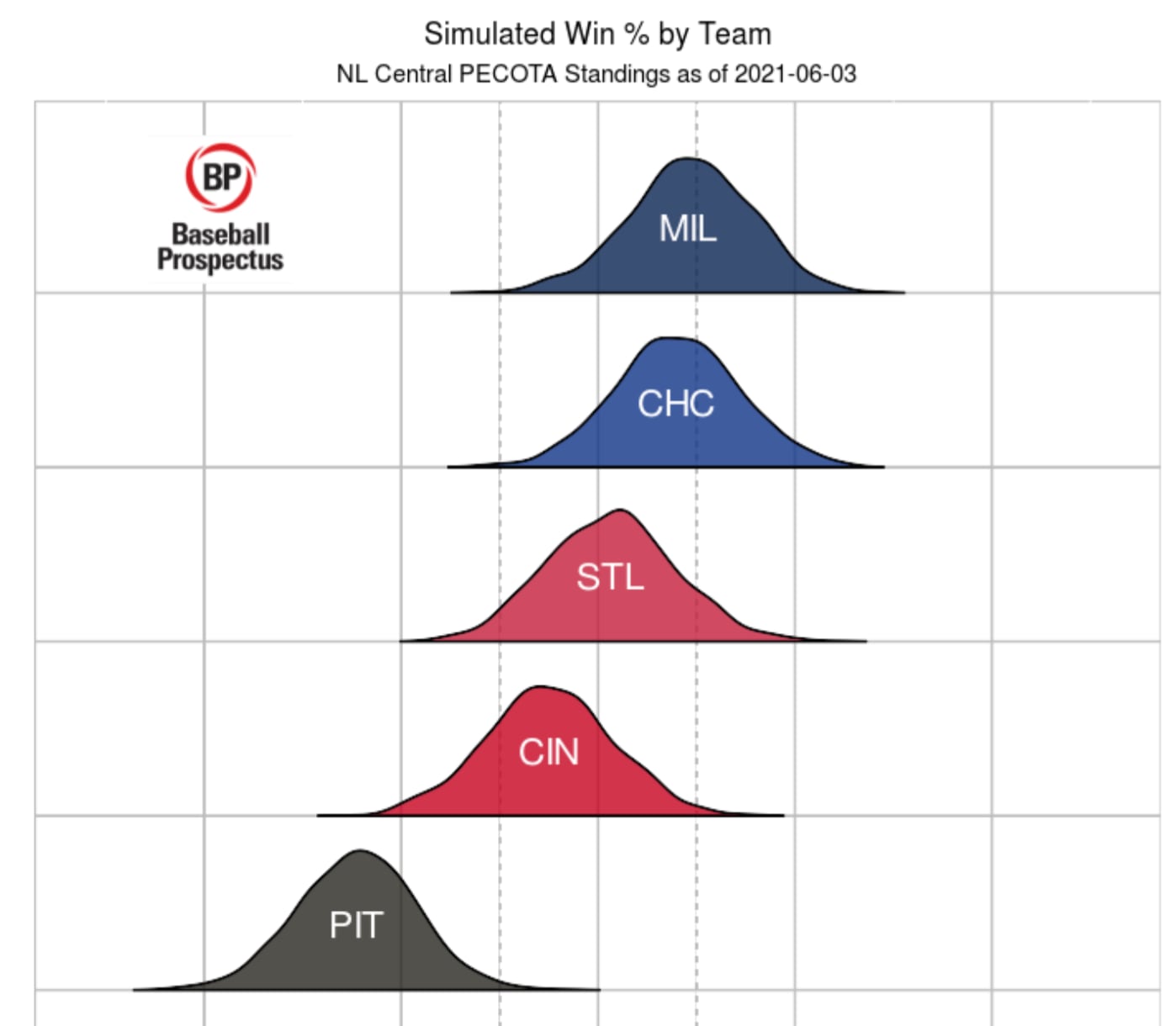 Yes, I realize that I picked the most opportune time to check in on the playoff odds – indeed, it wasn’t an accident!

The Cubs just finished sweeping the Padres and have games against the Giants (4), Padres (3), Cardinals (3), Mets (4), Dodgers (4), and Brewers (3) left this month, alone. So just like things changed dramatically from May 2 to June 2nd, this picture could look entirely different on July 2nd.

But this is where we are today, and the Cubs have earned it. They’ve played some weak teams, sure, but they’re also 11-1 against the Mets, Dodgers, Padres, and Cardinals. And more than that, they’ve been playing extremely short-handed for a while, but are finally starting to heal up. With a dominant bullpen and some key returning players, I don’t see why we need to be anything other than happy with the Cubs position here at the start of June. They’ve turned this season around and the projections are more optimistic about their 2021 potential than they’ve ever been.